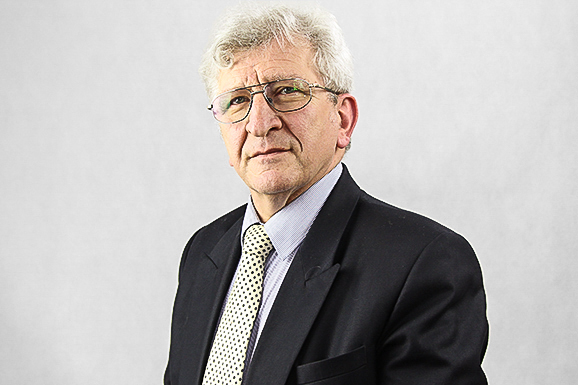 Dr. Frenyo is Dean of the Faculty, McDaniel College Budapest Campus. He is also Rector Emeritus of the University of Veterinary Medicine, Budapest. His major research fields involve basic mechanisms of immune-physiology, immunoglobulin transport processes and their consequences on immune-protection. He has numerous publications in international peer-reviewed journals.
He was also member of the National Council of Innovation for R&D. Among his many international commitments, Dr. Frenyó is also involved in the higher education restructuring project by UNESCO-CEPES within the framework of the Task Force Education and Youth. He served as president of the Hungarian Higher Education and Research Council from 1997 to 2000 and was the Chair of its Strategic Committee until 2004. He was also head of the task team responsible for the Higher Education Reform Project of Hungary from 1995 to 1998. Dr. Frenyó was the president of the Hungarian Rectors Conference from 1995 to 1997. He also served as Rector of the University of Veterinary Medicine in Budapest from 1990 to 1997. He spent several years as postdoctoral fellow, then as visiting professor in different US laboratories (Univ. Iowa, Medical School; Penn State Univ.; Cornell University, Ithaca, etc.). Dr. Frenyó was a member of the Universities Project Advisory Committee of the Salzburg Seminar (US NGO) and has participated in consultant visits by the Visiting Advisors Program to Central and East Europe and the Russian Federation.