Zoom: the future of a better working world or the ultimate AI torture chamber?

By Bence Takács
When COVID-19 first hit around Spring, 2020, some people felt that the migration of our professional and academic lives to digital platforms was a blessing. No more morning rush, arriving late to work or classes, and generally speaking this sounded like a more convenient way to start the day. Mainly, because the hassle of commuting has been put on the back burner – maybe for a while, or maybe forever in some workplaces. Introverts have also been enjoying the new normal due to the lack of workplace interactions. They no longer need to deal with an abrasive co-worker in person and can just simply turn off their camera or mute their speakers for a while, even though that could be seen as a pretty drastic solution.

While some saw this as an opportunity to catch up on things from the coziness of their homes, others have realized at an early stage, that working or studying through a screen is not all it’s cracked up to be and have already felt the consequences. While the younger generation’s longing for social interaction is generally higher, adults were more or less contempt with the idea of remote working – at least while society is busy trying to figure out how to deal with the pandemic. It was also logical to assume (and it very well might be in some instances) that the overall productivity in workplaces will increase due to the cut down on highly time-consuming activities.

After nearly a year and probably hundreds of Zoom and Microsoft Teams meetings, some professionals and students are having a change of heart. Online classes and scheduled work meetings sometimes last a little longer, not to mention the expectation of being available and online at all times. What would you do anyway? Even during normal times, you were already tethered to your screen for entertainment, news, and other activities., not to mention the current restrictions on most outside activities. Coming up with excuses for not responding to emails, requires a lot of imagination, and you risk losing your credibility.

considering we have to deal with this new reality, we might as well try to adapt and make the most of it. Fortunately, the topic of zoom fatigue has received a lot of coverage in the media recently, thanks to different institutes and researchers who are using science to come up with possible solutions to help with some of the consequences of becoming screen zombies. 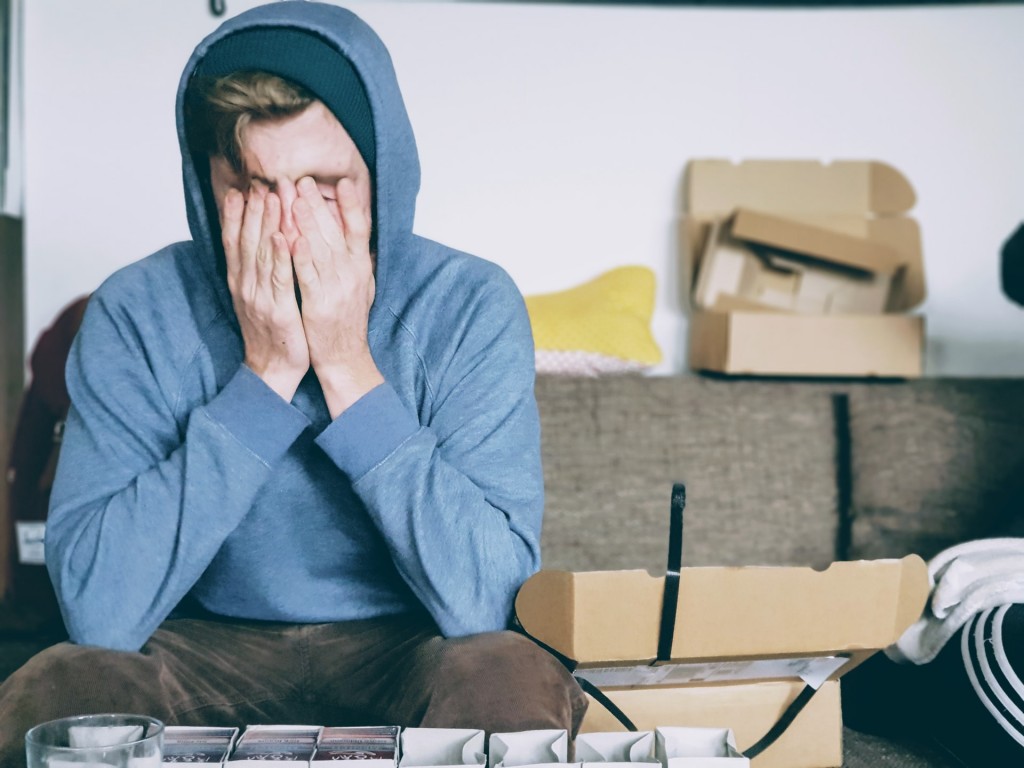 excessive amounts of eye contact are extremely tiring for the human brain.

Before we delve into pragmatic answers on how to deal with this, we should ask ourselves: what is this strange tiring feeling that we get after an entire day of Zoom sessions? In a study, conducted by Stanford University, researchers have identified some of the main factors behind the phenomena of Zoom-related tiredness. One of the main reasons why this process becomes dreadful is actually quite obvious, it’s because excessive amounts of eye contact are extremely tiring for the human brain. While in a normal meeting people keep switching between holding eye contact and looking at other people or objects, a Zoom meeting scrambles up all the natural ways in which our brains work. Another interesting revelation from the same study shows that our brains interpret close faces on our screens as intense situations or threats.
Surprisingly, constantly looking at your own face can also wear you down because getting constant feedback from your every action is distracting and sometimes discouraging. Seeing yourself in the little box while speaking pushes your brain to constantly evaluate your own performance. Imagine holding a little mirror in your hand while speaking to your boss or professor in real life – not exactly normal, right? Besides these cognitive effects, physical movement is also restricted during a day full of virtual meetings. While in theory, you have the ability to take breaks and stretch or exercise, an in-person meeting or class naturally makes you move around more without planning out any kind of exercise.

So what can be done to mitigate these effects? The answers are in the proper management of our activities and your ability to say no to voluntary virtual social events (in case it’s part of your firm’s culture). Scheduled breaks and exercises might require a lot of willpower in order to be routinely done every day, but if we plan things ahead of time and set daily reminders, it can really make a difference. Another thing the research suggests is to close the little self-view window on Zoom – after testing your webcam out of course – to avoid the constant feedback, which is detrimental to your mental health. Periodically turning off your camera is also a great idea, but always try to make an effort to explain it to your coworkers or professors beforehand. To avoid the constant staring at large faces, you can also try minimizing the video conference window, so faces on the screen will not be so intimidating to your subconscious. Generally speaking, a voice call is always less taxing and you should aim for a voice call if you’re given the choice.

Hopefully, once the pandemic is over, people will have the ability to make a choice between remote or in-office working or studying. While Zoom is not without its downsides, it has definitely provided an interesting take on collaboration in the last year or so and in some industries, zoom is likely here to stay.