Who needs another war in the Middle East? 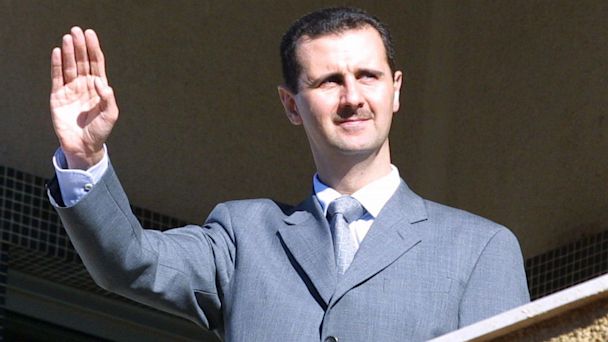 The United States Congress is currently pondering whether to take military action in the ongoing civil war in Syria. Voting for a strike against Syria would do more harm than good, as proven by the fact that war in the Middle East has not done anything to improve the lives of the people.

President Barack Obama has been giving the impression that he wants to get involved in the war due to the Syrian government possessing chemcial weapons, but history shows that America’s involvement in wars in the Middle East are simply about oil and profits.

I grew up in Iran, and although I was born a few years after the Islamic revolution, I unfortunately saw at least part of eight years of war in my country. While it was true that I was merely a kid, I still remember well how people were struggling with problems at that terrible time. War has never been a solution in any country; it never helped people to achieve their goals and fulfill their dreams of living in a free country.

I eventually moved to Syria and spent a few years of my life there. The images I see on television and in the media are very different to what I recall. While the people had a tough life years ago, the situation is far worse today. Syria and its ancient historical monuments became ingrained into my memory, as did the people I lived with, who are in real pain and surrounded by danger today. The already very high number of injuries and fatalities seem not to be a sufficiently persuasive argument to those who think that it won’t be a sad story again if they begin with a new war in Syria, in that already wounded region. It goes without saying that the result of this war, whatever the outcome, won’t be better than what we see in Afghanistan, Iraq or Libya today.

Sometimes it is hard to believe that all those wars are just because of expanding peace and freedom in the Middle East. Why does freedom matter, when as much as we try, we just achieve less than we expect? Or maybe freedom itself has been always defined by the wrong people or to the point of being misused or misunderstood regularly?

Looking at the situation from different perspectives can be helpful. What is the most important thing in this region? What does it have? Why should so many powers be so concerned about human rights in this region and ironically more so than any other place in the world? Everybody knows that the US military is the largest consumer of petroleum in the world. In one respect, the war machine acts to preserve its own supply of oil, without which it could not function, whatever the reserves in the US and elsewhere.

Everybody knows that a complex area like Middle East, which is filled with its own internal fractions of religious, political and ethnic groups, cannot be interfered with easily, whereby a mere spark can turn into a raging inferno in no time. This absolutely applies to the situation we see now in Syria, but to provide the free flow of oil, there is no easier way for some. Obama made this clear in a PBS interview when he cited as his third reason for striking Syria: “if we are clear about the free flow of energy throughout the region that affects the entire global economy…,” So far is understandable now  the need for dealing with Syria.

I won’t call it a great political game but it seems that looking at the other powers around the globe, everybody is itching to play a role here with the Russians and the Chinese, to an increasing extent, an important part of the story.

To cut a long story short, I know that everyone has compassion for the victims of chemical weapons, but remember that up to 60 million people were killed in WW II. It is a brutal truth that oil and war are both profitable, and they played the main roles in history, especially in the last century and this is a fact that cannot be easily neglected. Unfortunately power is the basis of many injustices in the world, most of us like most other normal people can merely wish for a better world without war.