White is the new blue of metro line 3

In Budapest there is not much to complain about  in terms of public transportation, it is usually quite good in comparison with other countries. However, the Metro Line 3 that runs from Kőbánya-Kispest to Újpest-Központ was quite unreliable compared to other metro lines running in the city. Now, according to recent events, it surprised us all when a newly renovated train was put into service on Monday, March 20.

So far, this development is still a legend for most citizens that remain unaware of such a thing. After talking to some friends and strangers, most of them agreed that this was a change necessary from long ago. Most still did not have the chance to see it for themselves, while others have already enjoyed the experience of this new metro ride. 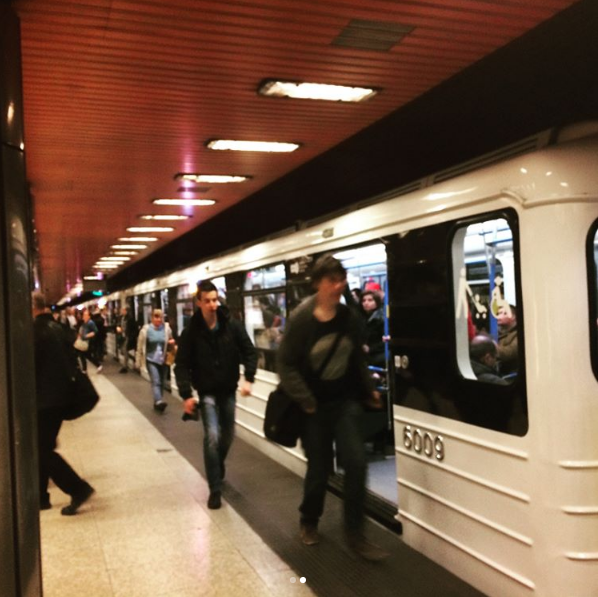 “It’s impossible not to notice the contrast created when you see that “brand new” white metro on those dirty rail ways from Metro M3.Even though many people can disagree on the way that this project is being launched, and not to mention the possible discomfort with some political topics. I’d like to think that those revamped wagons, which for sure will be more reliable, can reflect a change in society feeling,” said Estuardo Moncada, a Budapest resident originally from Spain.

The moment I arrived in Budapest, I fell in love with everything, but I will never forget the first impression of Metro 3. I closed my eyes and started asking my friends to take me somewhere nicer. Eventually I got used to it, even if I always decided to choose other roads or transport to get somewhere in the city rather than take the blue line.

For now, there is only one new train going on a regular schedule, but more will come soon. The new train cars bring a fresher atmosphere, and the cabin, the driver’s compartment and the dashboard have been renovated, bringing a new color into the stations.

On the other hand, all these innovations cost around 220 million euros, which has led some people to question the government’s priorities.

For me there is nothing to dislike about this renovation project. I am excited to leave behind the blue trains and embrace the new white ones.