What's going on in Hong Kong? 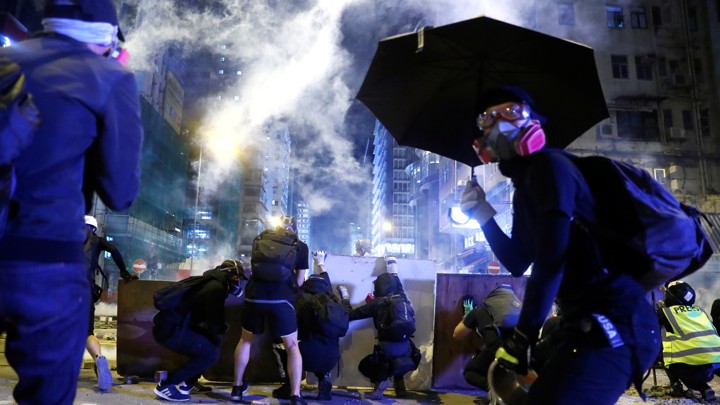 It all began in early June with a controversial bill facilitating extradition to China. Since then, the demonstrations that have been shaking Hong Kong to the core are almost daily and more and more violent, as is the response of the police. Why has the crisis been escalating?

Hong Kong, a major financial center on the south coast of China, is a former British colony. It was retroceded to China in 1997 and the agreement signed at the time guarantees it a certain autonomy according to a model called “one country, two systems”.

This system makes Hong Kong a semi-autonomous territory. The region has its own laws, a separate system of government and justice, and its own police force. Hong Kongers also enjoy certain rights not enjoyed by mainland Chinese citizens, such as freedom of expression, freedom of association, and uncensored access to the Internet.

The retrocession agreement that guarantees these freedoms and the semi-autonomy of Hong Kong will expire in 2047. Theoretically, after this deadline, the territory will be integrated into the Chinese system.

However, many in Hong Kong believe that China is already eroding the autonomy of their territory– all with the complicit support of the local government that is favorable to Beijing. This impression is strongly supported by the functioning of the democratic operations in place in Hong Kong; they’re heavily afflicted by Chinese influence when electing officials.

Hong Kong has nearly 7.5 million inhabitants. The current protest movement has pushed millions of them go to the streets. Many students and young people are out facing the challenge, fearing that they will have to bear the maltreatment of the Chinese regime crackdown when the retrocession agreement expires.

However, the current movement is the worst political crisis in the territory since 1997, especially because citizens other than students and young people are angered. These are public servants, businessmen and lawyers, who are generally known for their reserve. Their participation in protests is unusual and they overall show broad support for the movement within the population.

The bill that set fire to the powder was intended to facilitate the extradition of suspects to other jurisdictions for trial. However, the prospect that Hong Kong citizens can be extradited to China has alerted a large part of the population.

The reason is that this bill erodes the right of Hong Kong to have its own judicial system, but also because the transparency and fairness of the Chinese judicial system is strongly contested. For example, there are fears that this law will be used to extradite dissidents to be tried in China.

In mid-June, faced with the scale of the protest, Chief Executive Carrie Lam finally apologized and put the bill on hold. The demonstrations did not stop, however. The fact is that the protesters are calling for the bill to be dropped, not for its suspension, fearing that it will be adopted in secret.

Their demands have also widened. They are now demanding the resignation of Carrie Lam, whom they accuse of having caused trouble by her intransigence, the release of the hundreds of protesters arrested since the beginning of the movement and, once again, the introduction of universal suffrage, in addition to other democratic reforms.

After her turnaround in mid-June, Carrie Lam made no further concessions. If she says the protest movement is harming the economy of Hong Kong, she believes however that her government can survive the crisis by focusing on the shortness of the demonstrators.

As a result, both parties are camping on their positions and escalating tensions result. On the one hand, some protesters become radicalized and carry out violent actions that are decried, even if the movement is largely peaceful. On the other hand, the police do not hesitate to use force, raising fear on the international scene.