Vlada Sahovic graduated from McDanielCollege in Spring 2013. He studied communication under Jolan Roka. He is from Serbia and is currently doing his Masters at BrnoUniversity in the CzechRepublic. Our reporter Abiade Zainab interviewed Vlada to find out more about his McDaniel writing prize, his June term trip to Romania, and about his plans for the future. The following is an edited version of their conversation. 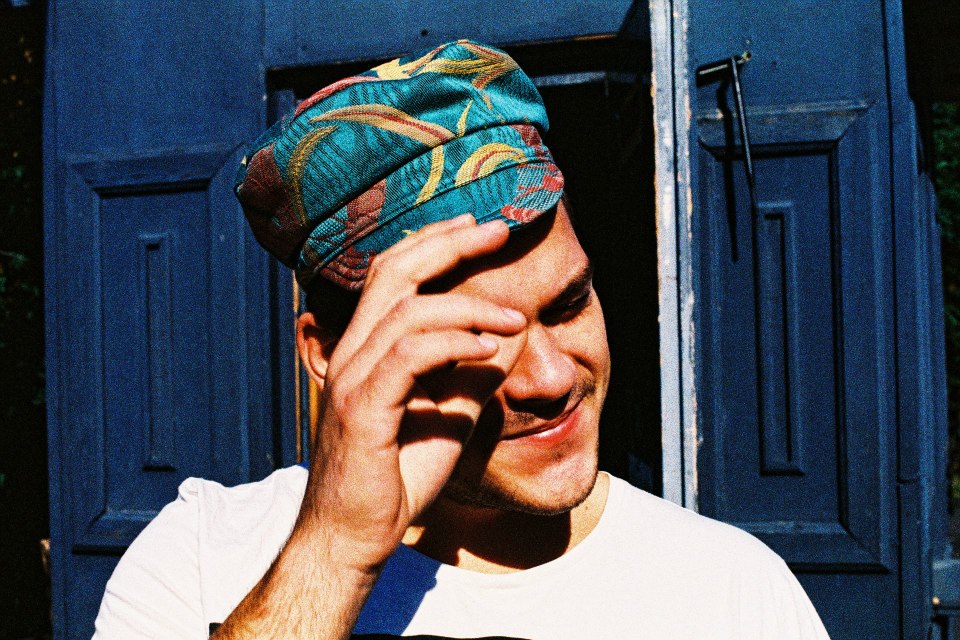 Q: What was your essay about for the McDaniel writing prize?

A: In my final semester, spring of 2013, I participated in the McDaniel Research Prize competition for which I submitted a paper I had written during my freshman year. The title was “The Implementation of the United Nations Child Rights Convention in Serbia.” Sounds like quite a mouthful, but in essence it was just an overview of the steps taken by the government of Serbia and its institutions in their efforts to implement all of the articles stipulated by the aforementioned convention. It was not too long, around 20+ pages, but I feel it contained the gist of the situation.

Q: Why did you choose the topic and what motivated you to write about it?

A: Throughout my life, I was aware of issues concerning the rights of the child due to my mothers’ career path: she is an expert on child’s rights. So, needless to say, I was privy to necessary gatekeepers and necessary information and this allowed me to write an informed paper.

But it was not just out of convenience that I decided to write this paper, I am genuinely interested in the topic and I genuinely think that, as citizens, we should use access to such information – when we have it – to, in ideal circumstances, perform a sort of oversight of our governments’ work and efforts; not necessarily so that we would make assess of them, but to point out deficiencies, errors, or the pace of progress. In the case of this paper though, I wrote it simply for the purpose of providing some information to anyone interested, but I felt that it was good practice for the former.

Q: Why did you decide to donate the prize to your elementary school back home, and how important is it to you that the children speak in English?

A: Somehow I managed to take the prize even though the competition was pretty tough, I have to say. I initially wanted to split the reward with the other two competitors but they kindly refused. (Na man, you won it, enjoy it!). Then I completely forgot about both the competition and the prize for some time (i.e., I enjoyed my summer).

When I finally did remember about the prize and all, it crossed my mind that donating the award would probably be a much more fulfilling thing to do – so my motives were more hedonistic than altruistic unfortunately. I had the option of buying three sociology books (more or less) for myself, or thirty paperback classics to donate to a school. The latter seemed better. So the latter I did, and ordered some 20 copies of Antoine de Saint-Exupery’s The Little Prince, half in Serbian and half in English, and another ten copies of Carroll’s Alice in Wonderland in English so that I could give something back to my elementary school.

People in my hometown speak English to a decent degree, and so do children due to this process of globalization. That being said, I thought they might like having the The Little Prince as a practice tool since it is a lovely book, much like Alice.

Q: What advice would you give to student that is planning to submit an essay for the writing prize?

A: For future winners, think about it, 200 Amazon bucks is most probably not a big deal for you, but thirty books is a substantial contribution any which way you look at it. Some piece of advice for students that want to submit an essay for the prize is that “You might win, you never know” so don’t be discouraged.

Q: Tell us about your Jan term trip to Romania?

A: Romania was a beautiful experience, but if you are interested in getting details about the trip contact Hanan Shamsan or Sina Fahradi, both former students of McDanielCollege. They would be thrilled to say something about the trip!

Q: What are you doing at the moment (your future plans)?

A: Currently I’m doing a masters course in Sociology in Brno, a city in the CzechRepublic. At the moment, my motto is “yesterday is history, tomorrow is a mystery” so I’ll see where these studies take me J

Q: Do you have a word of advice to students at McDaniel College?

A: My advice for McDaniel students is: use the knowledge you are offered there, you’re paying for it anyway and it can only do you good to learn new things, expand your horizons. Heaven knows I should have paid more attention in class. But also never ever forget to have a good time; you’re only a student once… or twice… right?