Visit to the Memento Park

The Statue park is a very interesting place that allows visitors, particularly those who live in Hungary and were not born during the period of Communist rule, to know what life was like at that time. After the collapse of communism in 1989 various statues were removed and placed around the city. Fearing that their history was being destoyed, two young Hungarians came forward and decided to set up a museum for the statues in the southwest of Budapest.

The park was designed by Hungarian architect, Ákos Eleőd, who won the competition announced by the Budapest General Assembly (Fővárosi Közgyűlés) in 1991.

The statue park is now a common attraction for tourists and, as students and residents in the city we decided to check it out.

We all set out individually from our houses and agreed to meet at Deak square on thanksgiving day which was the 22nd of November 2012. The group was led by Professor Melinda Harlov andconsisted of 8 students. The whole group was interested in seeing how big the statues are and, trust me, we were all amazed. 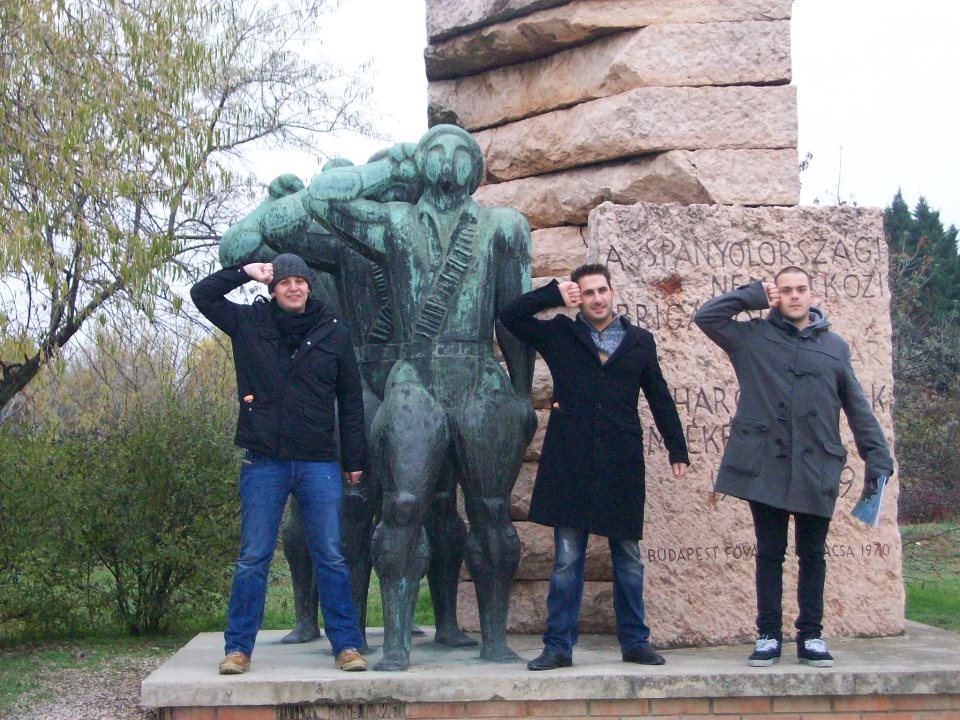 The first image I saw were the gigantic boots worn by Stalin which was a symbol of the oppression during the communist regime. When you enter inside you can view statues of communist top leaders Lenin, Marx and Engels.  Some of the statues had muscles and makes someone look really short because they are huge and give you some insight on how life must have been like during the Communist period.

Inside the building you can experience what it feels like to sit in a Trabant car the second car to use Duroplast.  You can also enter inside a phone booth and phone Stalin, Lenin, Mao, Che Guevara and many more former party leaders. The statue was placed nicely and well arranged.

After we saw all the statues we ended up in a barrack where we saw a movie about  Hungarian life during communism and how they used to spy on their neighbours.

Seeing the statues really helped me to begin understanding just a little bit about what life was like under the Communist dictatorship. The statue park is always open and you can reach it by public transportation. You can take bus No 150 from the corner of Fehérvári út and Bockasi út and get off at the memento park bus stop, having passed by some of the cool places of Budapest.