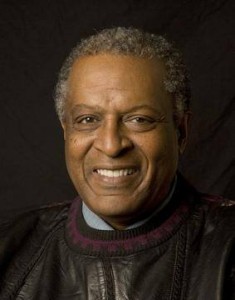 McDaniel College Budapest hosted Victor McTeer and his wife, Mercidees, in February 2015. Victor is renowned as one of the greatest civil rights lawyers of all time and is also a member of McDaniel College’s Board of Trustees.

His accomplishments include his actions during the civil rights movement and as an attorney of law. McTeer was also one of the first African American students to graduate from Westminster College in Maryland, in 1969. As a young adult McTeer was an American football player but due to the colour of his skin his life took a different path when he became involved in civil rights (brought on by discrimination he experienced at university) and also went to law school so he could become an official civil rights lawyer and defend the “richest and the poorest people of America”.

McTeer stayed in Budapest for a week and students at McDaniel College were lucky enough to have three different opportunities to meet with him. The first meeting came in the form of a lecture where students could hear some of his personal experiences. Topics included the civil war, basic American history, slavery, Jefferson, Lincoln, Hayes and the Ku Klux Klan (KKK). Despite the sensitivity of the topics the students were entertained by McTeer’s ability to make light of the dark topics. 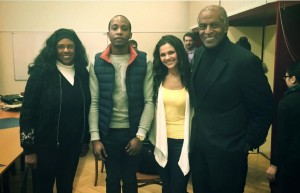 During this lecture students were also divided and played games such as where they represented lawyers who had interesting cases to debate and conclude. This gave students an insight into McTeer’s occupation through being able to role play. Throughout the lecture, class participation was high and many students asked questions as they were keen to know more about McTeer’s interesting background.

The second time students were able to meet with McTeer was in the form of an informal meeting which gave students an opportunity to speak to McTeer one on one, ask him questions and greet him personally.

The third opportunity given to students arose when McTeer wanted to visit some of Budapest’s notorious ruin bars. One evening along with their professor, Dr.Adamson, some students accompanied McTeer to dinner and to a famous Budapest ruin bar called Szimpla Kert.

McTeer had a successful stay in Budapest and the students seemed intrigued through the reactions and curiosity they showed during their interactions with him.