By Renata Konya
Venezuela has been in the spotlight of the international press for its political turmoil, socio-economic instability, and worsening humanitarian crisis. The current situation led to the ‘largest external displacement crisis in Latin America’s recent history.’ Thousands of people leave their home country to find safety and stability. Their journey has always been difficult, but the Covid-19 pandemic made it even more burdensome.

What went wrong in Venezuela?
Venezuela was once the best place to live in Latin America. It was a democratic country since 1958, and the wealthiest nation in the region. While other Latin American states struggled with authoritarian regimes, the Venezuelan democracy bloomed. The thriving economy, that contributed to the country’s success, was primarily based on the production of petroleum. For decades, Venezuela was the largest petroleum exporter, thanks to its enormous oil reserves. However, economic development was interrupted when oil prices plummeted in the 1980s. The country quickly went deep into debt which led to protests spreading around the nation in 1989. 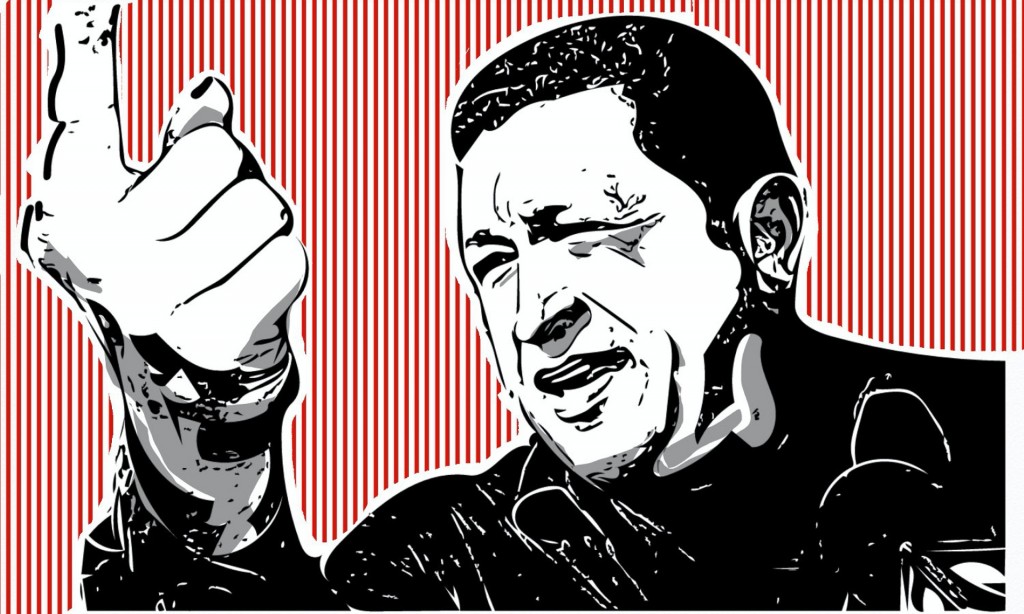 “The Venezuela in which I grew up in was a very confident nation. And it trusted its democracy, and it valued its democratic system. We all thought that this was a very stable system… so during the period of the 1970s where almost all of Latin America was in a military dictatorship, Venezuelan democracy had survived,” said Francisco Rodríguez, chief economist of Torino Economics, who was a college student in the capital city; Caracas. “It was a surprise to all of us,” he continued, referring to the outbreaking violent protests.
As the domestic growth was stifled, inequality between poor and rich increased. Then-President Carlos Andres Perez ‘implemented harmful International Monetary Fund structural adjustments,’ which quickly turned the country into an economic recession. As protests and riots continued, they were brutally cracked down by pro-government militia groups. Hugo Chávez was then a young colonel in the army, who refused to participate in the repression, for which he was imprisoned until 1994. After he was freed, he formed a party and won the election in 1998.

‘It would’ve been much wiser, in retrospect, to have had more attention on targeted social policies in the 1990s,’ said Michael Shifter, president of the Inter-American Dialogue. ‘There was a desire for change and especially for the poor. They wanted a voice. And Chávez, I think, very effectively tapped into that desire.’

In 1999, Hugo Chávez became the president, serving until his death in 2013. He was a ‘legendary figure in Venezuela,’ especially in the eyes of the poor. By reforming the political and economic landscape, he could successfully reduce unemployment and poverty by half and double income per capita. After centralizing the economy, including the gold-bearing oil industry, the government directed a huge amount of money to expand social programs. His policy, known as the Bolivarian mission, aimed to cease poverty, achieve social justice, and develop both the education and the healthcare system.
Although Chávez enjoyed a wide range of support, many of his actions were criticized both nationally and internationally. His presidency was characterized by a ‘dramatic concentration of power.’ They seized power over the Supreme Court and tightened control over the media. Freedom of speech faded as they undermined the work of journalists and human rights defenders. Criticism of the government was not tolerated and often entailed abusive state response. 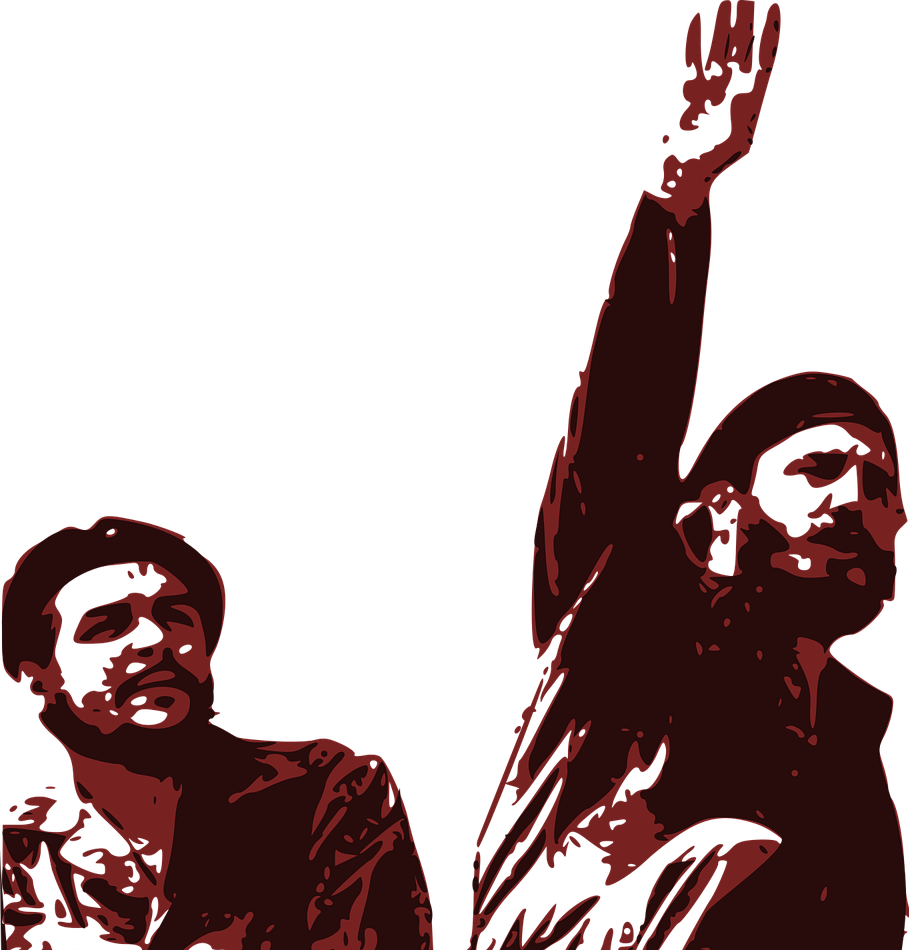 “Castro has been a teacher for me. A master. Not on ideology but on strategy. I’ve been in revolt for years against ignominy, against injustice, against inequality, against immorality, against the exploitation of human beings.” – Hugo Chavez

The political crisis has escalated after Nicolás Maduro, former Vice President became the leader of the country in 2013. The ongoing political conflict between Maduro and Juan Guaidó, leader of the National Assembly, further complicates the challenges the country faces. Guaidó proclaimed himself president in January 2019, after Maduro won the ‘heavily disputed’ election in May 2018. Guaidó is recognized as interim president by the United States, most European countries, and many others, while China and Russia support Maduro.

Maduro, who is backed also by the tough-handed Venezuelan military, denies that there is a humanitarian crisis, and he does not allow international aid, including food and medicine, to enter the country. The leadership blames the US for sanctions, claiming it caused the existing problems.
‘Venezuela won’t allow the spectacle of fake humanitarian aid because we’re no one’s beggars,’ argued Maduro. He also said that the country is ‘not suffering the humanitarian crisis fabricated by Washington over the last four years to justify intervening in our country.’
The infrastructure is neglected, many do not have access to clean water. Meanwhile, hyperinflation has reached an unprecedented rate, making it nearly impossible to access basic products, thus many struggles with obtaining their daily food. Those who had the opportunity chose to leave the country to live in better conditions elsewhere.

Choosing to Leave?
By January 2021, more than 5.4 million Venezuelan fled their home country. Most of them went to neighboring countries; primarily Colombia, Brazil, Chile, Ecuador, and Peru. A part of the refugees flee hunger, others are looking for better work opportunities, and some plan to rejoin with their families who have left before.
“I decided I had to leave Venezuela for my baby,” said Carina, a mother of two living in Bogota. “She had malnutrition. She was losing all of her calcium. She lost her fingernails.”

In 2020, however, most of the countries shut down their borders to slow down the spread of the Covid-19, and those leaving face many challenges. According to the Danish Refugee Council, 27% of the survey respondents decided to return back to their homes due to the coronavirus outbreak. They report that the majority have reduced access to work, and 91% lost income because of the pandemic.

Those who remained in Venezuela face severe challenges. Before the Covid-19 pandemic, many did not have health insurance and could not access healthcare. There have been more than 160 thousand confirmed Covid-19 cases and 1600 deaths in the country but many argue that the real numbers are significantly higher. While the pandemic has been spreading unstoppably around the world, the inflation rate in Venezuela jumped above 1800%.

According to the ACAPS, “In January 2019, a basic food basket containing 60 items cost about 360,115 Venezuelan Bolivars (VES). Between January 2018 and January 2019, the price of a basic food basket increased by 283,880%. To afford a food basket, a household would have to earn 20 times the minimum monthly salary (VES 18,000). In 2017, food prices in Venezuela increased by 2,616%.
It is obvious that the pandemic changed everyone’s lives, but Venezuelans are particularly affected, whether they stay or leave. Many live in unbearable conditions, where they lack basic facilities. In ghettoized neighborhoods, the virus spreads easily among the most vulnerable people, who often have no access to medical supervision. The question is whether the political leadership is able to take adequate steps to alleviate the burden on its own citizens.