UNESCO plays important role in recognizing Palestine at its peril

At its general conference in Paris earlier this month,  the United Nations Educational, Scientific and Cultural Organization (UNESCO) 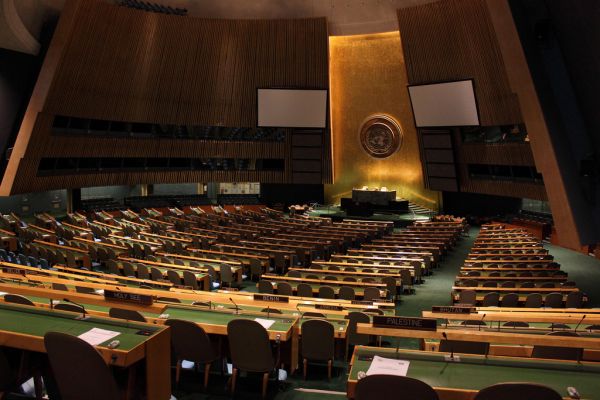 voted a whopping 106-14 in favor of recognizing Palestine as a state, a move that stunned the United States and its allies and may have moved  Palestine one step closer to official recognition as a state by the U.N.  Immediately after UNESCO’s vote, the U.S State Department announced it was blocking a $60 million dollar payment to UNESCO scheduled for November.

This development adds more intrigue to this ongoing drama of Palestinian statehood, one of the key issues in front of the United Nations right now.  The issue is sure to be hotly debated and seems to fall right down party lines: the United States and its allies are expected to vote against the measure, while Arab nations allied with Palestine are expected to approve it. The United States has also threatened to withdraw aid from Palestine if they pursue this any further. However, there is fear that a U.S led boycott of the measure would seriously damage America’s already strained relations with the Middle East, where most of the Arab nations support Palestine’s measure.

This drama started on September 23, when Palestine formally submitted its request for statehood to the highest order of diplomacy in the world, the United Nations (UN), in New York City. The request was almost immediately opposed by Israel and its allies, including the United States, United Kingdom, France, and others.  Arab nations, including Iran and Jordan, are siding with Palestine. If the proposal is passed, Palestine would become the 194th free and sovereign state of the world.

In its request, Palestine calls for statehood along the lines of a 1967 agreement between the two nations, and would name East Jerusalem as its capital, despite the fact that Jerusalem is currently under Israeli control. Being granted full statehood would allow Palestine access to the International Criminal Court at The Hague, something they have not been able to do before.  With the UNESCO vote, Palestine can vote on whether or not certain places get named as World Heritage Sights by UNESCO.

At a meeting in September, the United Nations Security Council agreed to put off voting on the motion for Palestinian statehood until a later date. Barring another delay, the Security Council was expected to actually vote on the measure in early November.  Meanwhile, the Palestine gained another small victory on its road to full statehood when the UN General Assembly’s Social, Humanitarian Cultural Affairs Committee voted 166 to five in favour of the Palestinians’ right to self-determination on November 23.