Hanukkah is not Jewish Christmas. But just like how American Christmas changed the way Europeans celebrated the birth of Jesus, it also heavily affected the way Jews celebrated Hanukkah.

Jews of all ethnicities, but especially the predominant Ashkenazi, living in the United States after World War two wanted to double down on their Jewishness. Cue the six-foot-tall dreidels in the yards of suburban Chicago. This also brought the inevitability of exchanging presents on the eight-day long holiday as well.

But I am not Ashkenazi, I am the other type of European Jewish lineage. I am Sephardic Jewish on my mother’s side. Sepharad means Spain in Hebrew, but it also applies to North African Jews and of course applies to Latino Jews living in Mexico, Central America and South America. It is only a recent practice, like about a decade ago, that Jews living in these countries participate in gift exchange because let’s be honest it’s fun.

There is nothing too static in any Jewish holiday, each group that was ran into a different country throughout history will have a slightly different flair to the holiday given from inspiration from that particular country’s staples. For example, it is tradition to eat donuts on Hanukkah or as I say Jánuca, because for the eight days we need to eat something drenched in oil. The Sephardic donuts are called Bumuelos in Ladino, a dialect of Spanish and Hebrew, and are called Buñelos in Spanish. These are small donuts coated in orange zest, pomegranates and date syrup. The Sephardic culture reached its golden age in the Middle Ages due thanks to the Ottoman empire fully integrating Jews into every aspect of life therefore the very strong similarities to Arabic foods, music etc. The Ashkenazi eat latkes, also a favourite of mine, I do not judge any form of potato. Sepharad eat tostones, a boiled, then roughly smashed button potato which is then roasted with olive oil drizzle. Besides the prominence of oil for the holiday it is also a very potato driven holiday and I can assure you nobody really knows why. 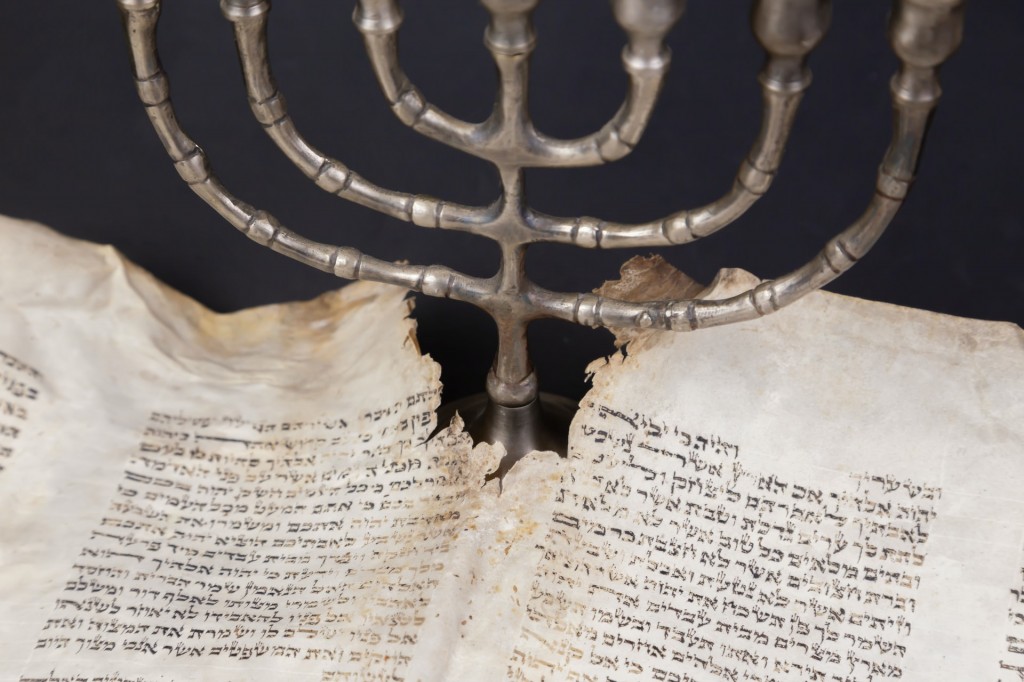 You may or may not have heard that Hanukkah is a minor holiday. This does not mean that it is not important, because it is super important. In the Jewish religion, no matter what denomination, the holidays are parted into high holidays like Rosh Hashana, the new year, and Yom Kippur the day of atonement, the only real day Jews discuss things like misdeeds and heaven. These days are so spiritually heavy that you cannot work, and you even have to fast, so they are really demanding holidays. But all of the many other holidays like Hanukkah, we are commanded by God to get drunk and eat a lot of food for a week plus one day. There is a long-standing Jewish joke “they tried to kill us, we survived, lets eat!”

You probably didn’t notice but for this articles sake I will say you probably have noticed that Hanukkah seems to sometimes be right around Christmas, full out during Christmas or on or after Thanksgiving. The only other religious groups who will understand us are those that function on a Lunar calendar. The days which Hanukkah falls on depend on individuals but also on nationality. In my experience American Jews love it when Hanukkah is close or on Christmas because well, I don’t really know why. Granted I grew up in America, but I have always had a hard time associating myself as an American Jew because the Spanish aspect of my Jewishness is so much stronger. I personally don’t really mind when Hanukkah falls, and I know that my co-writer on this article, who invited me on will get very feisty with me over this but I kind of don’t like it when Hanukkah is on Christmas…

I want Hanukkah to be JÁNUCA full focus, full fun, full stop. Once its over we clean up and move onto the next thing, like my father’s Scottish-Lutheran Christian roots and now my fiancées Hungarian-culturally Catholic roots. Each holiday is beautiful in its own right, Hanukkah is not Jewish Christmas, and nor do I ever want it to be.

Hanukkah is an eight-night holiday that begins in November or December, as it falls on the 25th day of Kislev which is a month in the Jewish calendar (which varies from the Georgian calendar). Little known fact — there are 24 different ways to spell Hanukkah. The story of Hanukkah is that a long time ago the land of Israel was ruled by a Syrian tyrant name Antiochus who wanted all to worship him and his Greek gods. Antiochus outlawed Judaism and tried to get all to follow him.

One day a Syrian soldier went to the town of Modi-In with a statue of Antiochus and wanted all of the Jews to worship this idol. Mattathias, a Jewish leader, smashed the idol and told all who wanted to fight for Judaism to follow him. Mattathias and his five sons led the fight against Mattathias. Judah, the strongest son, was nicknamed Macacabbee, which means hammer, succeeded his father and became known as the leader of these Jews, who came to be known as the Maccabbees.

After three years the Maccabbees won and freed the city of Jerusalem. They cleaned the Temple and prepared to rededicate it but needed pure oil for the Menorah. We learned that although there was only enough oil for one day, it lasted eight. So, on Hanukkah we celebrate the rededication of the Temple and light candles for eight nights.

Every night for the eight nights, a candle is lit and left burning through the night (or until it burns out). Even though there are eight nights, there are nine candles because there is one called the shamash, or the “helper” candle. On the first night, three prayers are said, but two are said for the rest of the nights (unless the first night falls on the Sabbath and then there are four prayers). The shamash is lit first and is then used to light the others. Similar to how Hebrew is written and read, the candles are placed right to left. When it comes to lighting however, you start with the left-most-candle and continue onwards.

The game of dreidel is played as such:

1. Each player is sitting, and have an equal number of tokens (usually chocolate gelt (golden coins)), 10-15 usually
2. Players will take turn spinning the dreidel, whoever lands on Nun goes first.
3. Everyone will put one token into the pot
4. The game moves clockwise
5. Each player will go until the sun comes up, or they have had enough

Meaning of each letter:

1. Nun: Does nothing
2. Gimmel: Get the whole pot (usually players put back another token into the pot to keep the game going)
3. Hey: Takes half of the pieces in the pot
4. Shin/Pey: Put one in

Dreidel is actually a Yiddish word. Yiddish is a language spoken by Ashkenazi Jews (like me and my family), that is a combination of German, Hebrew, and Slavic languages but is written using the Hebrew alphabet. In fact, my grandma was able to have a basic German level conversation using Yiddish. Some common Yiddish words, that are used by people of all faiths, include klutz, Mazel Tov, Oy Vey, babushka (which can mean women’s triangular scarf or the common use, grandma).

As Nico mentioned, Hanukkah is not Jewish Christmas, but many of the customs have shifted to be similar, like giving gifts. There are typically eight gifts, one for each night.

Food on Hanukkah usually includes a combination of challah, fried food, meat, and a sweet dessert. Traditionally brisket with carrots and onions is made as the meat dish for the holiday, and as Nico mentioned, Ashkenazi Jews make or buy potato latkes, which are similar to potato pancakes, and kugel (a Jewish egg noddle casserole). A traditional Hanukkah dessert is Sufganiyah, a round jelly donut, which symbolize the oil used in the menorah. aGelt, which as mentioned earlier are golden coins, were given out as a reward for Torah study or as a gift.

I grew up with hearing about a Hanukkah bush, but I have never had one (though my mother did). Some North American Jewish will get a real or fake bush or tree and display it in their homes during Hanukkah. It is a Christmas tree without any Christmas ornaments on it, or with ornaments and garland in blue and white (the colors of the Israeli flag) or other designs that are Jewish related (like menorahs and Jewish stars).

Oscars 2022: Creating a night no one will ever forget

Must go to places in Cappadocia