Tunes for the ”New Normal”

By Faraz
More than a year has passed since the start of the Covid-19 pandemic and the restrictions and lockdowns that came with it. But still, there are no signs of improvement in our lifestyles and the vaccine process is going forward slowly. So we have gotten used to what we call the new normal. In these challenging days, I’m finding comfort in sitting on the balcony and listening to a lot of music. So I decided to share with you a top 10 from the songs that have shaped my mood in the past couple of months. I think they are a perfect reflection of me, a random combination of interests and taste.

1. The Who – Eminence Front
THE 60’s and 70’s rock band described by Paul McCartney as “the most exciting thing around”, The Who has sold over 100 million records worldwide and is one of the most influential bands of the 20th century. They are credited with the development of rock opera and auto-destructive art by destroying guitars and drums on stage.
This song of them is a favorite of my mine especially because of its extraordinary opening which goes over two minutes before Roger Daltrey starts singing. Townshend sings about the delusions and drug use of the wealthy and hedonistic. He has introduced the song in live performances with: “This song is about what happens when you take too much white powder.
“It’s clearly about the absurdity of drug-fueled grandiosity, but whether I was pointing the finger at myself or at the cocaine dealers of Miami Beach is hard to recall.” Says Townsend.

2. David Bowie – Lazarus
David Bowie’s last released single ever, the lyrics and video of “Lazarus” were intended to be a self-epitaph, a commentary on Bowie’s own impending death. “His death was no different from his life – a work of Art. He made Blackstar for us, his parting gift.” says his long-life producer, tony Viscanto. The official music video was released three days before Bowie’s death.
Bowie had cancer and knew that his life was coming to an end, indicating that in this song, he was coming to terms with his death. The opening line makes it clear what’s on his mind:
“Look up here, I’m in heaven, I’ve got scars that can’t be seen”.
Bowie died peacefully, surrounded by family:
“This way or no way, You know, I’ll be free
Just like that bluebird, Now ain’t that just like me.”
This song also makes an appearance on the third season of “Peaky Blinders” which Bowie was a huge fan of and was his (dying) wish for his music to be a part of it. 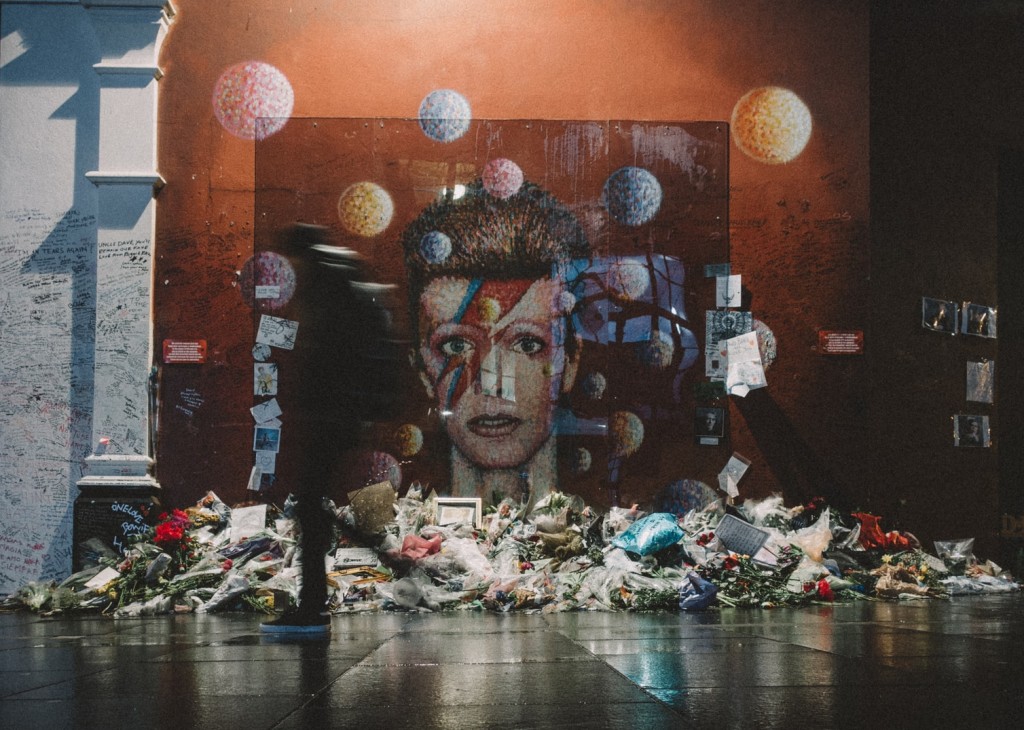 “Look up here, I’m in heaven
I’ve got scars that can’t be seen.”

3. Mohsen Namjoo – Man Mast
Often described as the “crazy genius of Iran”, Namjoo’s fusion art combines Blues or Jazz and rock with Iranian traditional music. The lyrics are also a combination of Persian classical and contemporary poems and his own lyrics. Namjoo infuses the words with irony and sarcasm to translate the message he wants to convey. His blending of Western and Persian music produces unexpected moments. The lyrics to this song are a poem which roughly translates to:
“I’m intoxicated and you’re mad, Who’s gonna take us home?
I told you a hundred times, drink less and only two, three shots.
I see no sober person in this town Each is worse than the other, frenzied and mad
Dear one, come to the tavern of ruin and experience the pleasures of the soul
What happiness can there be apart from this conversation with the Beloved?”

I recommend that you check out the live performance of “Zolf” with the netherlands blazers ensemble and both western and eastern instruments such as a saxiphone, cello, piano, harp, violin, etc, and Persian setar, tambour, santoor, and Ney. The world brought together through music.
Original: https://www.youtube.com/watch?v=YxZovy_ouA4
Live Performance: https://www.youtube.com/watch?v=3ZYn2JASnis

4. Eminem – Sing for the moment
“They say music can alter moods and talk to you
That’s why we sing for these kids who don’t have a thing, Except for a dream and a f*cking rap magazine” – Eminem

Featuring a sample from “Dream On” by the American hard rock band Aerosmith, this song is a timeless classic from Marshall Mathers. Sing for the Moment” deals with rap music’s effect on society and the misunderstanding critics and parents have towards Eminem’s message. He refutes critics who have accused him of promoting violence to young people and claims that his music is a relief from boredom and depression. He reflects upon this issue with these lyrics:
“Yet everybody just feels like they can relate,
I guess words are a m*otha*ucka, they can be great
Or they can degrade, or even worse, they can teach hate
It’s like these kids hang on every single statement we make
Like they worship us, plus all the stores ship us.”
The song ends with a phenomenal guitar solo by Joe Perry.

5. Bahramji – Dreamcatcher
By making music for hikers from different cultures, Bahramji pours old songs into a new form and through this fusion creates a meditative, musical era. He mixes electronic sounds with a spiritual vibe and the Persian santoor, a traditional stringed instrument which has mystical and the Persian Setar which for music lovers needs no introduction.
As a child, he heard the old Iranian Sufi melodies, which now form the source of inspiration for his music.
In the lyrics, he quotes poems and wisdom from mystical and spiritual poets such as Rumi and Aref Ghazvini.
“The wound is the place where the light Enters you” – Rumi.
https://www.youtube.com/watch?v=ppHds6e0vZQ 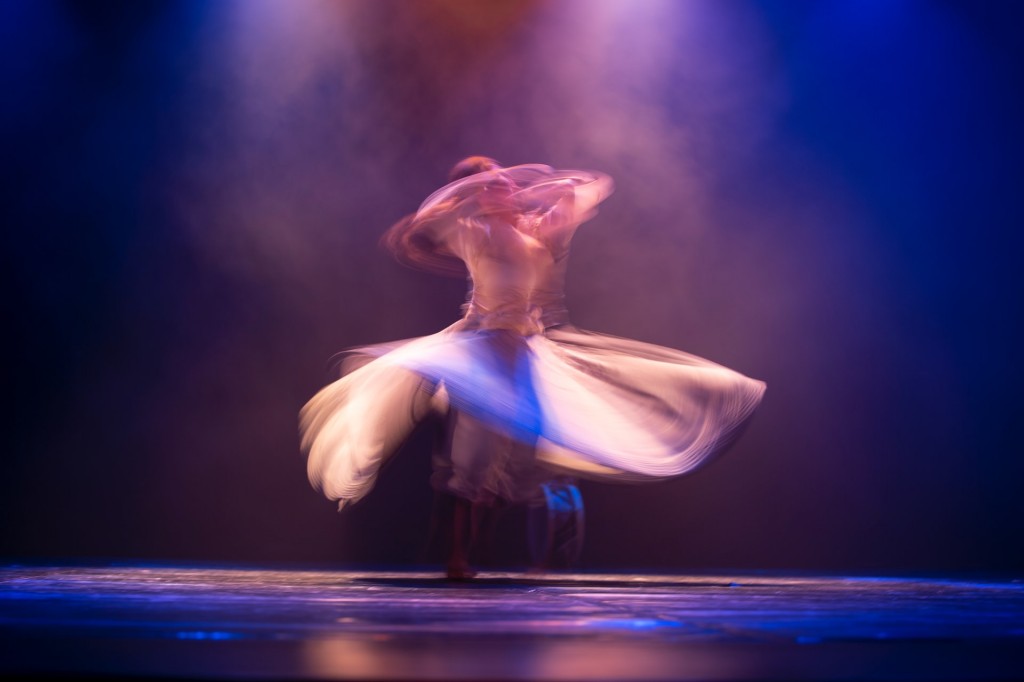 He quotes poems and wisdom from mystical and spiritual poets such as Rumi and Aref Gazvini.

6. Duke Ellington – Isfahan
As I was traveling in the ancient and gorgeous city of Isfahan and sharing the beautiful scenery on my Instagram, a friend of mine suggested this song to me and I’ve been in love with it ever since.
Released on Ellington’s 1967 album The Far East Suite, Isfahan is widely considered a jazz standard. Richard Cook and Brian Morton have suggested that “Isfahan is arguably the most beautiful item in Ellington’s and Strayhorn’s entire output. I recommend that you listen to this while you watch a clip from the beautiful landscapes of Isfahan.

7. Radiohead – Daydreaming
With two famous and key members, Johnny Greenwood and Thom Yorke, Radiohead’s experimental style has taken alternative rock to a new level. Greenwood has composed the soundtrack of some of my favorite Paul Thomas Anderson’s films, such as There will be blood, The Master, and Phantom Thread. Having been influenced by the likes of Ennio Morricone, Pink Floyd, and Bob Dylan, Radiohead’s musical style has been described as Electronica, blues, alternative,art,experimental,progressive rock, Britpop, grunge and art-pop. Which shows how diverse and versatile they are.
Daydreaming is a sad piano ballad with cellos and ambient, electronic, and orchestral elements. It ends with reversed, manipulated vocals. When reversed, Yorke seems to be singing “Half of my life”, “I’ve found my love”, or “Every minute, half of my love”. Several critics felt the lyrics were inspired by Yorke’s separation from his partner of 23 years Rachel Owen.

8. Eddie Vedder – Society
Featured in Sen Pean’s directorial debut, “Into the wild” which tells the real story of Christopher McCandless, a 22year old college graduate who decides to abandon society and move to Alaska and sets up camp in an abandoned bus which he calls “The Magic Bus”.
In a scene, he is explaining his reasons:
Chris: Alaska man! Alaska! I’m gonna be all the way out there, on my own. You know, about getting out of this sick society. Cause you know I don’t understand why people, why every person is so bad to each other so f*cking often. It doesn’t make sense to me. Judgment. Control. All that, the whole spectrum.
Wayne: What people we talking about?
Chris: You know… parents, hypocrites, politicians, pricks.”
Eddie Vedder perfectly captures his mental state with these lyrics and the beautiful scenery and nature that Christopher is exploring.
“It’s a mystery to me, We have a greed with which we have agreed
You think you have to want more than you need, Your thoughts begin to bleed
Until you have it all you won’t be free.
Society, you’re a crazy breed, I hope you’re not lonely without me.
Society, crazy and deep, I hope you’re not lonely without me.” 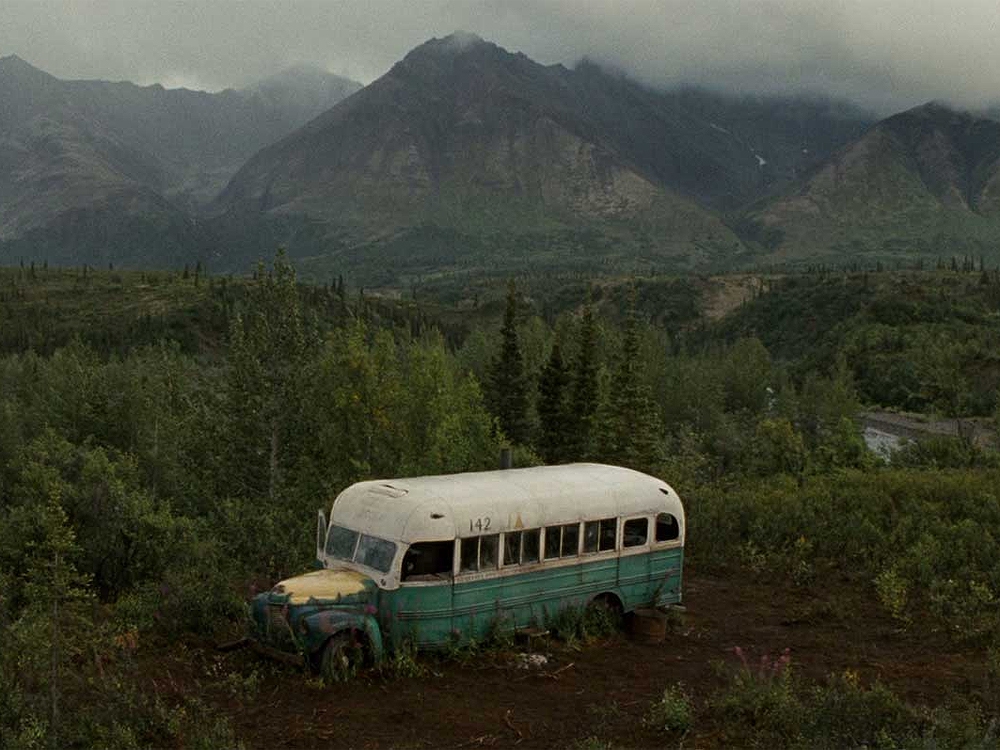 9. Led Zeppelin – No Quarter
One of the most successful, innovative, and influential rock groups in history doesn’t need any introduction from me. This track has been my playlist for years and it’s going to stay there for a long time. enjoy.

10. Bob Dylan – Times are a-changin
A popular culture legend for more than 50years and one of the greatest songwriters of all time. Some of his best songs became anthems for the civil rights and anti-war movements. His lyrics during the 60’s caused a range of political, social, philosophical, and literary influences. He has also won a Nobel prize in literature “for having created new poetic expressions within the great American song tradition.” Making him the first musician ever to win that prize. “A singer worthy of a place beside the Greek bards, beside Ovid, beside the Romantic visionaries, beside the kings and queens of the blues, beside the forgotten masters of brilliant standards”, says Horace Engdahl, a member of the Nobel Committee.
“The Times They Are a-Changin” was written by Dylan as an attempt to create an anthem of change for that period, influenced by Irish and Scottish ballads. As you can tell from some of the lyrics (exp: “Come senators, congressmen, please heed the call.” Or “Your sons and your daughters / Are beyond your command”) this is a protest song. The song is used by Snyder in one of the most masterfully directed and edited openings that I’ve ever seen. A perfect combination of timelapse, slow-motion, and Dylan’s songwriting genius.
https://www.youtube.com/watch?v=nZj43rtoEp4