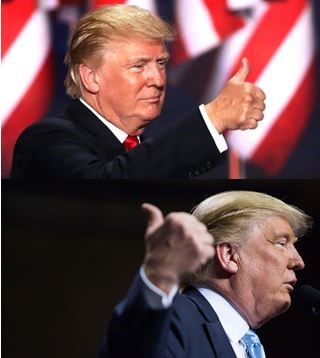 Donald Trump’s stunning triumph in the 2016 U.S. presidential election was the most shocking political event of the year. The man who was mocked and ridiculed by mainstream media, several celebrities, and many politicians from the beginning of his candidacy announcement through to the election night, put all of them in a complete meltdown on the morning of November 9, when the result of the election was projected. (1)(2)

Donald J. Trump was the winner of this election before the Election Day came.  He was the first outsider in U.S. history who won the nomination of one of the two major party in the United States. This solely was a great achievement. Trump defeated 16 politicians during the Republican Party primaries, where he received more votes than any candidate in the party’s history. Trump was not supported by his own party’s establishment. He was an outsider, and this was the major difference between him and the politicians that he was competing with. Another important issue about Trump is the fact that he was funding himself. He was not a man belonging to anyone else and no one could pull his reins. This factor was extremely beneficial for his prestige, he  displayed a strong independent character who could say and do whatever he wanted.

But why Trexit? Why did this U.S. election looked like Brexit? The answer can be briefed into two categories: First of all, it was as anti-establishment as Brexit; second of all, it was as unpredicted and unexpected as Brexit was. For the Brexit referendum, the British establishment and the incumbent government supported staying in European Union, but the majority who ended up voting to leave the EU, surprised the establishment. Just as the Republicans and Democrats were surprised with the unlikely election of Trump. As the vote in favor of Brexit shocked polls, pollsters, mainstream media, and the coalitions of leftists- globalists, Trump’s victory was the not just a shock but also an upset for the same type of groups in The United States and probably in the world.

Trump won the election despite most of the polls’ predictions and mainstream media’s propaganda, meanwhile American’s trust in mass media fell to the lowest level in history. (3) The media was deceived by its’ own lies. They believed in the labels and stigmas that they made for and attributed to Trump. The mainstream media lived and believed in their own lies, and at the end, they were the biggest losers in this race. Media called Trump a misogynist, racist, and homophobic, whereas people pointed out that his campaign manager was a woman (Kellyanne Conway), and a black man (Dr. Ben Carson) and a gay man (Peter Thiel) endorsed Trump and were the first three members added to his administration. Mainstream media kept accusing Trump of being xenophobic, however supporters knew that Trump’s agenda was about illegal immigrants, not legal immigrants, or foreigners. His supporters also knew that thousands of legal immigrants were employed in Trump’s businesses.

Trump’s success was owed to the strong message of his campaign; “Make America Great Again” (MAGA). The message that Trump stuck on until the end was promising the Americans tax-cuts, repatriating American factories, bringing back jobs, securing borders and putting America first. This message connected to the American people who suffered under Obama’s presidency and considered Hillary Clinton’s policies to be Obama’s legacy. In contrast, Clinton’s campaign slogan “I am with Her” had nothing to suggest other than playing the gender card. Meanwhile, Trump’s slogan, which in final weeks was combined with “Drain the Swamp” implied that the corruption in Washington and the entirety of the political system, was provocative enough to convince people that it is an outsider’s turn to fix the problem.

Trump’s phenomenon claimed U.S. presidential elections records. Trump won 50% more states than his opponent (30 vs 20). He was the winner in 2600 counties, which is 200 more counties than Obama won in the 2012 election, and is the biggest victory since Ronald Reagan’s abolishing victory in 1984. (4) By receiving about 63 million of the popular vote, Trump holds the all-time highest number of votes for a Republican nominee (regardless of voting population). Although some people argue for Hillary Clinton’s lead in the popular vote for this election, but considering the fact that her lead depended entirely on California, in which she had received about four million more votes than Trump, Trump was the nation-wide winner despite California, and that’s why “the Electoral College was specifically designed to prevent candidates from winning the presidency simply by appealing to a few heavily-populated, highly partisan regions of the country. The Electoral College forces candidates to compete nationwide if they want to be president”. (5) 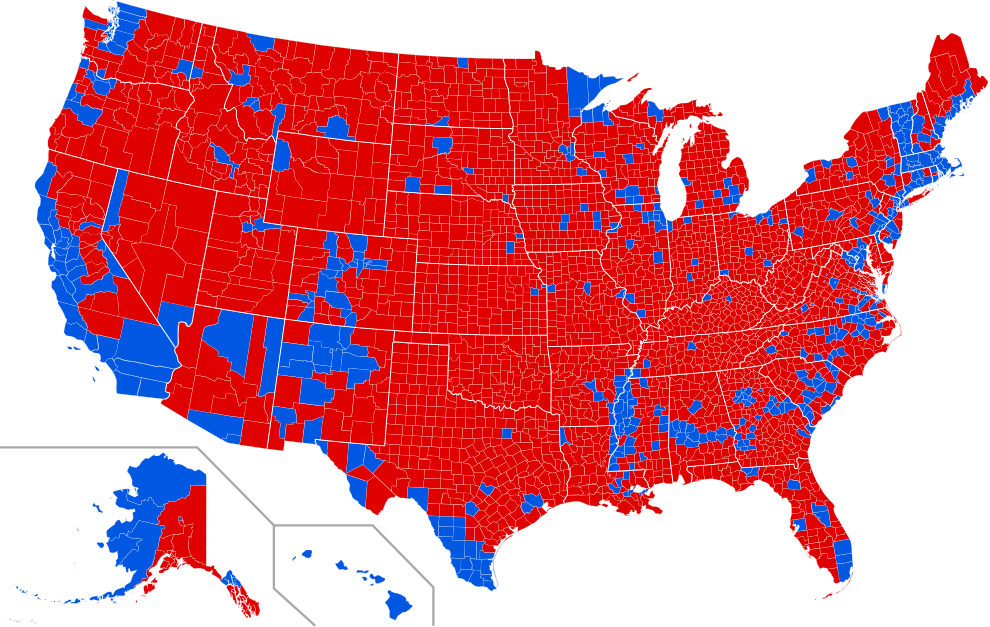 Trump is unique in two other aspects as well: Trump is the oldest person ever elected to a first term as president; Trump is also the first elected president who hasn’t served any prior political or military offices. But nothing could prevent Trump’s political earthquake. The movement that he created hammered any obstacles on his way to the White House, with help from the silent voters and the forgotten Americans.