Ton and a half of cocaine seized in Panama

We all know how dangerous cocaine is and its side effects so I will not try to educate you through this article. What I found astonishing is that according to multiple news resources I found out that four men originally from Columbia were arrested because of the illegal transportation of “packages”.

As it seems Customs and Border police of the United States of America reported that their plane “P-3″ while overlooking the sea for regular safety reasons, saw some suspicious action by four men in the capital of Panama. They were carrying barrels for “fuel” and packages.

The crew of the plane P-3 has informed the authorities of Panama and the USA has helped in catching the 3 suspects. The speedboats were found easily and the Panama authorities have found out that the barrels were full of PURE COCAINE, more than ton and a half! The street value of these illegal packages is approximately US$242 million. 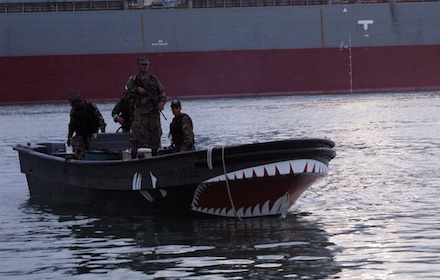 The men were trying to escape the law in their speedboat, but decided to surrender when the Panama police fired a warning shot. The suspected traders, all of whom are citizens of Columbia, were arrested and the “goods” were immediately seized.