In China, the country recently celebrated Qingming, or Tomb-Sweeping Day, the holiday when people mourn their ancestors and the recently deceased. The festival occurs every year on the first day of the fifth solar term of the lunisolar calendar, falling this year on April 4.

Qingming festival began in antiquity, during the Spring and Autumn Period (770-476 BC). A Duke named Chong’er established this festival to honor his loyal retainer, Jie Zitui, after accidently killing him. At the time, the Duke was trying to find Jie Zitui, to re-enlist him for service. Jie Zitui was hiding out with his mother in a forest, and the Duke employed fire to force him to come out. Instead of leaving, Jie Zitui stayed hidden, and people later found him and his mother dead under a tree. After Chong’er overcame his remorse, he ordered three days without fire to honor Jie Zitui’s memory.

Through the passage of history, this festival over time became repurposed as a day for people to honor their ancestors. People began to play ball games and swing during this festival. They believed these activities would bring good luck and good health to them. Other people would fly kites. They believed that as the kite flew high in the sky, cutting the string of the kite and letting the kite fly away would destroy bad luck, and bring good luck to them.

Nowadays, this festival is not only for people to honor their ancestors. In modern times, it is a day for people to mourn their dead family members or friends. Today, people are not as concerned about fire as the ancient Chinese were. People burn paper items, such as paper money, paper cars, and paper clothes. They believe these items will be sent to the world beyond, where their dead loved ones will be. People believed their ancestors or loved ones will need these things in their afterlife. In addition, people will clean tombs and place new flowers around them.

After people finish all the ceremonies, they will share food and eat together. One of the special foods that people made during this festival is qingtuan. Qingtuan is made of glutinous rice mixed with Chinese barley grass. It is a symbol of family reunion, a simple wish for every Chinese. 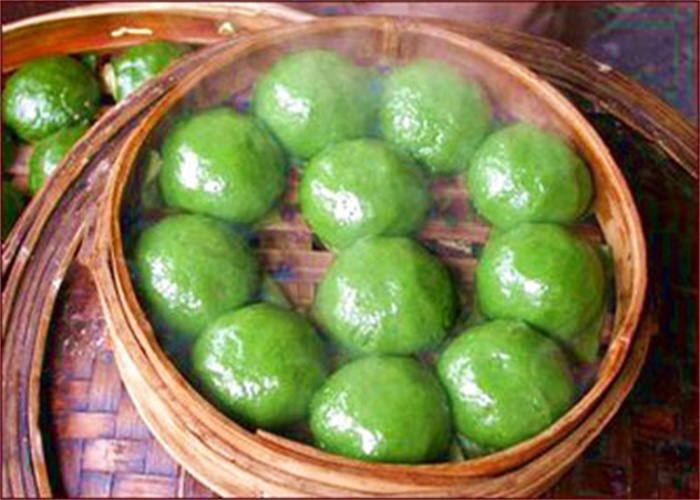 From the ancient past to the present, this festival remains important to the people of China. It is a time once a year for people to honor their ancestors, for the living to mourn, and for the dead to rest in peace.