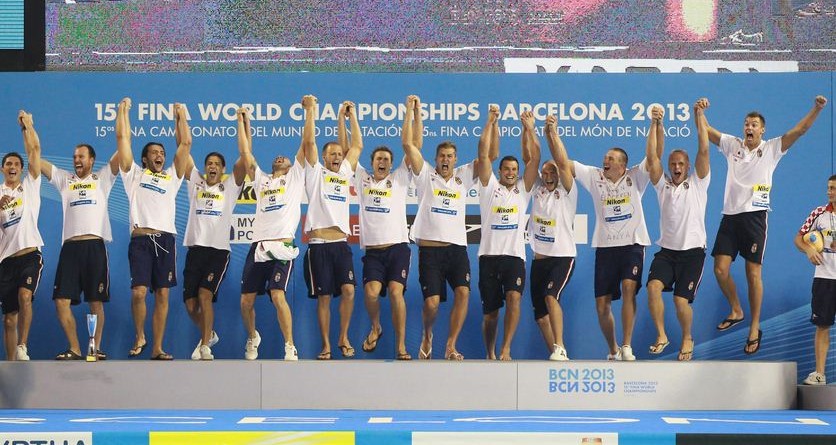 The Hungarian water polo men’s team has recently splashed out  Montenegro’s national team to win another gold medal. The Magyar side is just like an impenetrable wall and it feels at home wherever they play and whoever they face.

Nobody ever imagined that Hungary could be the king of water polo. It all started in 1896 when the first Hungarian men water polo team was formed, and now it is considered the world’s top power in the history of water polo. Hungary won 15 Olympics, 10 World Championships, 5 FINA (Fédération International de Natation) world league, 8 FINA world cup and 21 European Championship medals, no other country has the same winning record as Hungary.

Being  part of one of the Hungarian water polo teams is a dream for any water polo player who wants to be a professional. The 27-year-old water polo player from New Zealand, Eamon Lui, who recently joined the Hungarian second division for MVSI, declared a month ago that “It has been a dream for a very long time, since I was young, and I’m just real stoked to get the opportunity to do so. The water polo is just incredible, they’re like the All Blacks in terms of their level and it’s something I’ve always wanted to do and a place I’ve always wanted to come here more than anywhere else.”

The Hungarian men’s water polo team has an impressive record: it’s won the Olympics nine times, many world championships and European titles. In 1928, Hungarian water polo coach Béla Komjádi developed the so-called “air pass” or “dry pass”, whereby the ball is delivered to another player directly through the air with dropping into the water as was previously the practice. This revolutionized the game, making it much quicker and more exciting, as well as leading to Hungarian domination for the next 50 years. In 2000, after a period of bad performances, Hungary tasted success again and won the gold medal and not just for that edition of the Olympic Games, but also in 2004 and 2008. The World Championships also brought a good reason to celebrate for the Hungarian fans. The National team won the title three times: in 1973, 2003 and in the last edition, which happened just less than two months ago in Barcelona. In Europe, Hungary is considered to have the best national team. They won the European title 12 times, making a record, as no other country won it as many times. There are fourteen teams in the first Hungarian division, this year the strongest ones are Szolnok, Szeged and Eger. This season is likely to be hard as the Vasas, Debrecen and Honvéd teams promised their opponents a good fight.