THE SPECIAL ONE IS BACK BUT IS HE STILL SPECIAL? 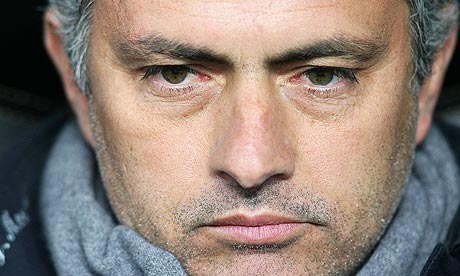 Chelsea FC and fans must have been glad that they got their “special one” back after a relatively rocky few years since his departure in 2007, which nevertheless yielded some big trophies like the Champions League. But has he got what it takes to land in a serious silverware the second time?

With the like of Sir Alex Ferguson retired and new managers like Manuel Pellegrini of  Manchester city,  Roberto Martinez of Everton FC, David Moyes taking over Manchester United and most especially Jose Mourinho of Chelsea FC, the new 2013/2014 EPL season is already proving to be an eventful one. What can we expect from Jose and the rest of the gang this season?

The Blues were able to grab the Europa league title last season with the help of interim manager Rafa Benitez, but during Rafa´s short spell at Chelsea, it seemed he was never welcomed by the fans. Why? Because the fans wanted their “special one” back. With the shaky relationships with the players and the board members at Real Madrid. While coaching the Galacticos, he Fueled  different allegations most especially poking Tito Villanova  in the eye. Sadly, he had to cut his new contract which extended till 2016  and sought for a move back to Stamford Bridge where he won two English league cups, one FA cup and two English league titles within 2004 to 2008.

Now he his back and all Chelsea fans have been going crazy about the special one. So far this new season, he has made two wins from both Hull city and Aston Villa and also a draw against defending champions Manchester United. Furthermore with the signing of Anzi Makhachkala Midfielder Willian and also former Inter Milan striker Samuel ETO, Mourinho is indeed proving that he has a goal to fulfil at the “Bridge”. After making a few changes to the Chelsea line up earlier this month, most of the fans were a bit confused as to why he loaned out upcoming striker Romelu Lukaku to Everton.

Sadly, Mourinho and his boys then suffered their first loss to a Lukaku-less Everton at Goodson Park, which shows that the special one still has a lot more work to do if he wants to finish at the top of the table this season. Furthermore, their loss at home to FC Basel in the Champions League is beginning to raise the question as to whether the Special one is still so special or not.

Only time will tell if he is up to the task or not. However, one thing more certain is that Mourinho is most likely to maintain an attacking formation this season. Looking at the present Chelsea present squad, there are more attacking playing which was used by their interim manager to win the UEFA Europa league. With the combine pace and craftiness of Mata, Hazard and finally Oscar (MAZACAR) the Chelsea squad is looking pretty strong. Evidently there are other attacking options for Mourinho’s squad with the likes of new signing Andre Schurrle and also Willain. So it’s obvious the blues would be playing more of a 4-2-3-1 attacking formation.