The Saints Keep Marching On

Southampton Football Club continues to show that it can deliver in the English Premier League as they continue their unbeaten form over the last six games in the Barclays Premier League season. 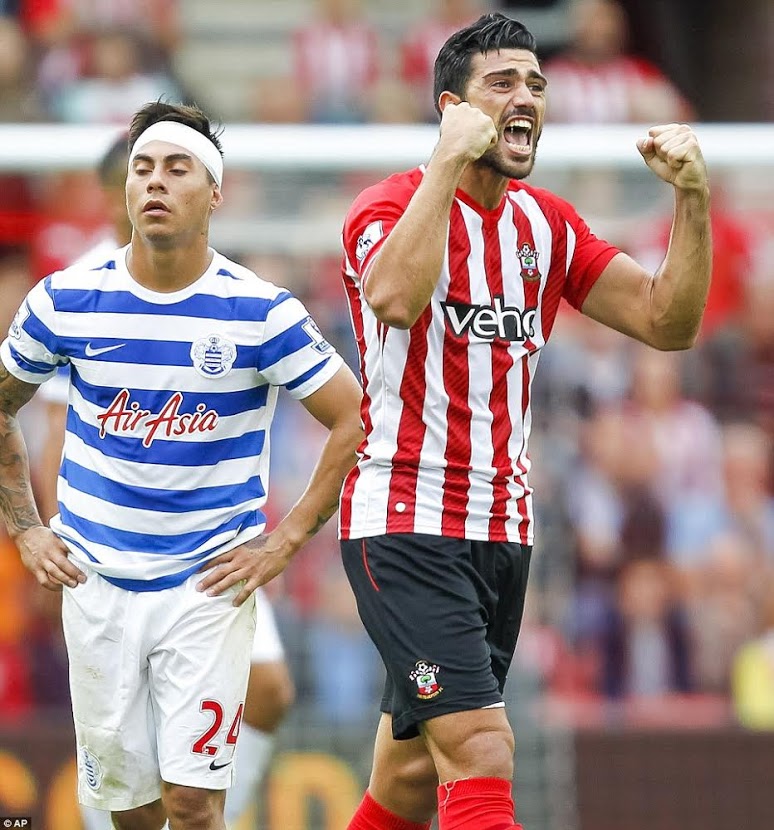 After loosing a considerable amount of players in their squad during the last transfer window, no one would have thought Southampton FC would currently be sitting on top of the Premier League table with three points, behind Jose Mourinho Chelsea’s team.

Nicknamed “The Saints,” Southampton FC has played a key role in the development of football in the Premier League and the English national football team in general. Prominent players like Alan Shearer, Rickie Lambert, Wayne Bridge and Theo Walcott of Arsenal FC are all pure product of the club’s unique football academy system. The current Welsh winger, Gareth Bale, who moved to Real Madrid from the Tottenham Hotspurs for the sum of £86 million is also a product of the Saints’ youth system.

During the recent transfer window, which closed on Sept 1, the club saw a great amount of players transfer to other top teams in the league. The likes of Adam Lallana, Luke Shaw, Dejan Lovren, Rickie Lambert, and Callum Chambers were all players who rose to limelight during the previous football season and caught the attention of top clubs to seek after them, including their Argentinean manager Mauricio Pochettino.

Despite the departure of all these key players mentioned above, Southhampton FC has made an impressive start to the new 2014/2015 season. The Saints remain unbeaten over the last six games under the guidance of new manager Ronald Koeman. Their recent 2-1 victory over North London side Arsenal FC in the Capital One Cup and Queens Park Rangers in the league has proven that the club is indeed marching on. According to the Daily Mail sports “these are high times at Southampton FC, in every sense of the word. High achievement, high in the table and no doubt high on life, having proved just about every critic wrong with their start to the season under Ronald Koeman.”

Newly signed Graziano Pelle has already opened his goal account for his new club as he has already bagged four goals in six matches. Furthermore, the likes of Nathaniel Clyne, Victor Wanyama and James Ward-Prowse are new starlets stepping up and filling the holes left behind by the players who already sort out for greener pastures. Despite all the excitement, the truth is that Southampton FC has to create a policy that helps keep their young and promising players, instead of selling them as a finished product to hungry top clubs.

According to Daily Mail’s sports writer Martin Samuel, “By keeping the young players, keeping the good older players and adding a layer of expensively acquired talent on top, Southampton FC could have a proper tilt at muscling their way into the top four.” When asked about how his team has manged to be on top of the league table, Ronald Koeman replied, “I am not a miracle worker, I have good players, I can do miracles with good players……but then it is not a miracle.”