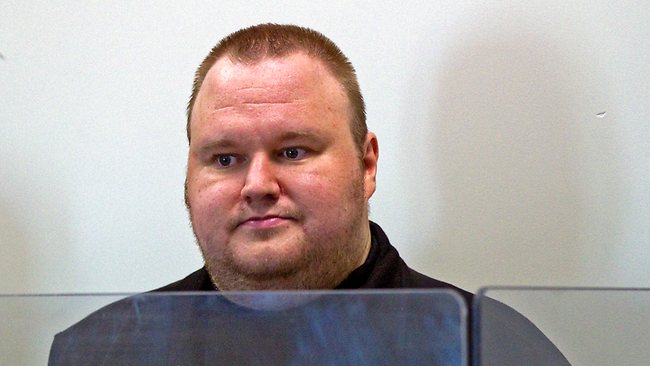 No way,” he says, leaning his massive 6-foot-7, 300-plus-pound body onto the cart’s steering wheel. “That would be allowing them to get away with this stunt. I won’t accept that. By staying here I’m saying, ‘Ef you! You can’t defeat me!” This is the response we hear from Kim Dotcom after he is asked if it wouldn’t be wise to live a slightly simpler lifestyle during the last phases of his legal ordeal. 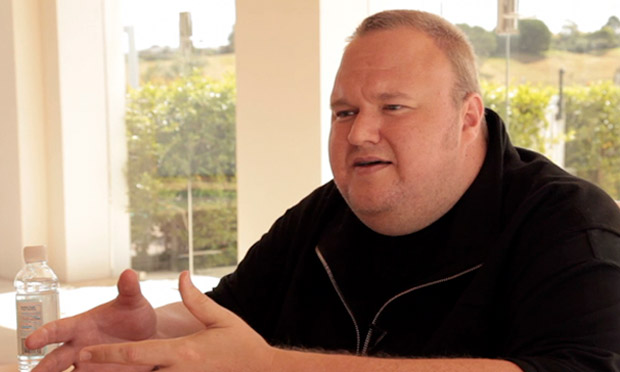 Mr. Dotcom still rides around on a golf cart through his gorgeous 60-acre estate holding his $30 million mansion outside of Auckland, New Zealand. To top it off he now owes millions of dollars to defense lawyers and is raising his five children on $20,000 a month through a government allowance given from his frozen bank accounts. It seems he still wants to keep his pride and dignity.

Over the past months Dotcom has had to let go of 44 or his 52 house staff and hundreds of employees from Megaupload. Out of his 18 cars he has only been able to keep 2, the rest all having been seized or sold. Not all is bad though, as the new “MEGA” site is up and still running since 19th of January. According to Dotcom, the site had 1 million users after just one day online, and 3 million by the end of the first month, with 125 million files. The most traffic comes from Spain, France and Brazil.

“It’s a nice website, but when it comes to cryptography they seem to have no experience, quite frankly it felt like I had coded this in 2011 while drunk.” – said 22-year old cryptographer and creator of the secure chat software Cryptocat, Nadim Kobeissi. Following response to criticisms such as this of the fileshare services security, in February Dotcom told the world he offers a bounty of $13,600 to anyone who can break the code. Well, it’s almost June and we still have to winners, not even Nadim.

Over anything else though, Dotcom has learned from this legal huge legal battle and made absolutely sure there is nothing illegal about MEGA, which looks like it’s here to stay. In relation to Dotcom’s ongoing legal battle because of the previous Megaupload site however, objections by the U.S. Government were submitted against the motion to dismiss the case against the company. There are various sources indicating that the Department of Justice is trying to change the law so that the destruction of Megaupload was legitimate. The rollercoaster ride of a case has been going on for well over a year now, with over $39 million in assets belonging to the company frozen. The hacktivist group Anonymous had stood up for Dotcom, as the Department of Justice and a few other websites have been taken down since the initial shutdown of Megaupload.

Facing lots of pressure, District Court Judge Liam O’Grady has to now decide if Megaupload should be dismissed from the indictment. If this were to actually happen, the former company plans to give its old users access to the files that were seized. It would be an exciting day in the online world if this were to be the case.