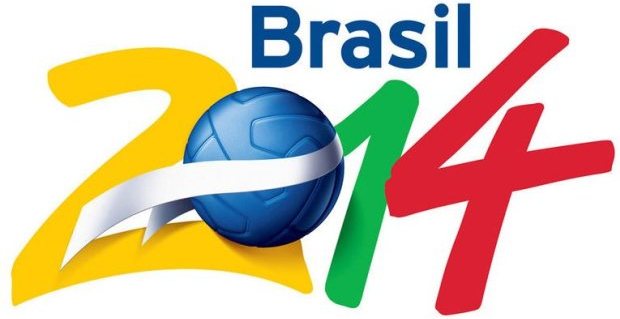 The FIFA world cup comes once in every four years and has proven to be one of the greatest sporting tournaments around the world today.

The pots have been drawn and final qualification matches for the 2014 world cup have been played during the winter break. Hearts were broken and some filled with joy as some countries qualified for their first ever FIFA world cup in a very long time, and other countries failed to qualify. So what do you need to know about your country if they qualified for the 2014 FIFA world cup?

For a start, the FIFA world cup is one of the biggest football tournaments that take place every four years. It is solely a soccer competition that comprises of a number of 32 qualified teams (National) who come together to compete in the game of soccer at a global stage. These continents registered with FIFA include; Africa, Asia, North and Central America and Caribbean (CONCACAF) South America, Oceania and Europe. So what national teams qualified from what continent? The above countries mentioned would be the 32 National football teams who have booked a place in the 2014 FIFA world cup. The tournament would take place in Brazil South America for the first time since 1950. Brazil has won the world cup 5 times in 1958, 1962, 1970, 1994 and most recently 2002. Brazil indeed has eye for soccer as the country has created so many football stars that rank from Pele, Ronaldo, Ronaldinho, Roberto Carlos and the likes of them. Even till today they have continued to bring out the best players in modern football with the likes of Neymar JR, David Luiz, Alexander Pato and Oscar dos Santos.

Even at home the Brazilian Serie A football league also has some of very good football clubs and teams that can challenge for titles. Each football matches would be played in 12 different stadiums across the country. The opening match will take place in the Arena de Sao Paulo while the final match will be held in the largest stadium the Maracana which boast about 71,159 seats.

But let’s not get caught up in all the excitement of the tournament because Brazil has been facing problem that has been hindering the renovation and construction of the stadiums which will host the World cup in few months time. According to CNN,” many of the stadiums in Brazil who will host the world cup are behind in their construction deadlines and there have been concerns that Brazil’s transport network could create major logistical problems”.

In addition to this “about five workers have died on world cup construction stadium sites, the latest the death of Marcluedo de Melo Ferreira, who fell from the roof of a stadium in the Amazonian of Manaus in December”. However apart from the issue of death, violent protest has been going in Brazil. According to CNN, “protesters are outraged at what they consider lavish spending on the world cup as well as the 2016 Olympics.

However the good news is that the issue of security is already being dealt with at the moment.  According to CBS news, 10,000 riot troops selected from state police forces throughout Brazil will be deployed in the twelve cities hosting world cup games to strengthen the security challenges Brazil faces. We all saw what happened during the 2013 confederations cup. There were riots in some parts of Brazil which could still pose a threat in the proper world cup games. So it is in fact good news to see that the security agencies in Brazil are stepping up their game.

The group stages for the 2014 world cup games have been drawn and all the national teams now know who they are up against. The groups are partitioned from Group A to H respectively with four teams in each group.  In group A we have the host nation Brazil, Croatia, Mexico and Cameroon. In group B we have the defending 2010 world cup champions Spain, and their fellow semi finalist the Netherlands, also Chile and Australia. In group C we have Colombia, Greece, Ivory Coast and Japan.

Group D includes Uruguay, Costa Rica, England and Italy. In group E we have Switzerland, Ecuador, France and Honduras. Group F includes Argentina, Iran, Nigeria and Bosnia Herzegovina. In group G we have Ghana, Portugal, the USA and Germany. Finally in group H includes the dark horses Belgium, Algeria, Russia and South Korea.  These are the respective group stages for the 2014 world cup games. For every group, there is always a favorite team who people certainly know would qualify for the next round but we can say because this is the game of football and anything is possible.

What more can be said? Ballon D’or winner, most paid football stars, first timers, dark horses and ultimate teams. This 2014 world cup games might indeed prove to be an unforgettable on after all. The first match kicks off on the 12th of June between the host country Brazil and Croatia in the Arena de Sao Paulo. Brazil 2014 here we come!!!