“It” is terrifyingly good – a spoiler free movie review

The problem with horror movies nowadays, is that they mostly lack originality. All the scares in this genre are predictable and laughable at best, stories tend to have several plot holes in them, and some characters are often redundant and hard to sympathize with. This movie theater adaptation of Stephen King’s novel “It”, written in 1986, is just a genuinely scary film. Disclaimer: I have not read Stephen King’s novel nor have I watched the 1990s “It” miniseries, with Tim Curry playing the villain. Out of personal interest however, I checked out some scenes that were recreated from the miniseries into this crazy modern adaptation. The difference was obviously night and day, the CGI (computer generated imagery) is so subtle that it is really hard to notice unless you are truly nitpicky. 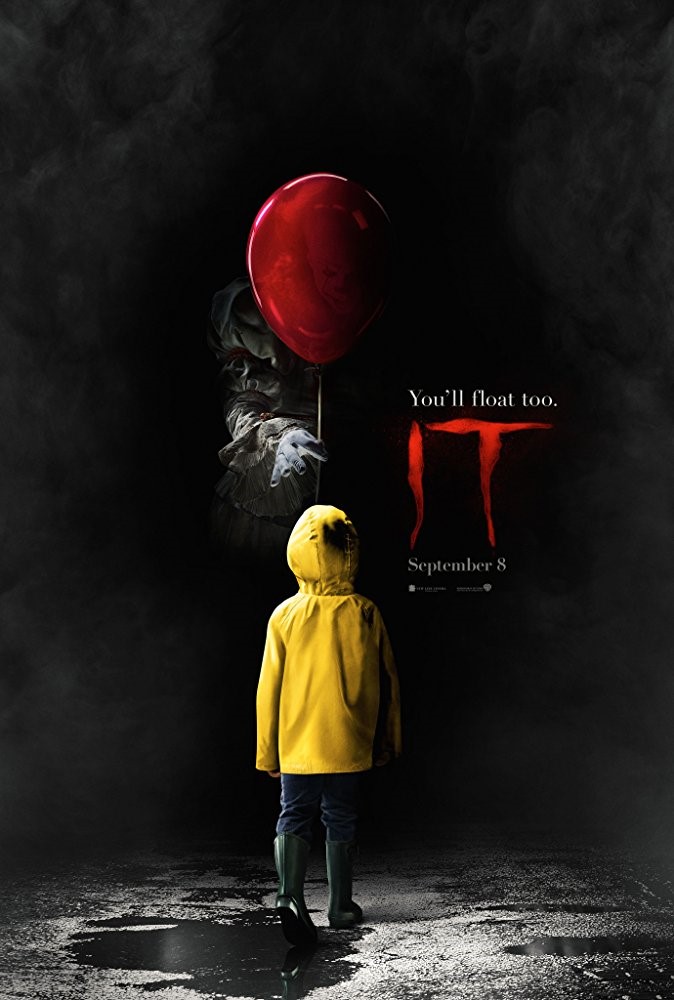 The story takes place at the end of the 1980s in the town of Derry, Maine in the US, and it follows a group of children (who acknowledge themselves as being “the Loser’s club”) who team up to fight the villain of the movie: “Pennywise: the Dancing Clown”. Derry is considered to be a cursed town where this clown, or more like the living embodiment of the Devil if you ask me, feeds on the fears of children in order to keep living. Over the years, the number of children who went missing kept increasing. I went into this movie with my expectations high, because the trailer was just horrifying and oh boy it delivered. From the very first scenes, “It” keeps you on the edge of your seat. In fact the opening scene sets the tone of things to come showcasing how, throughout the movie, you will rarely experience any boring or dull moments. Every scene has a purpose. Nowadays we see a lot of plot devices that are just done terribly but are needed so that the story makes sense. Here these plot devices that are inserted are subtly well introduced.

Favorite character? All of them. I do not think there was one character which I did not like or a scene which I thought was useless. The protagonists’ chemistry is phenomenal. Although this was a horror movie, the conversations and back and forth punch lines between these children were delightfully hilarious, so there was room for humor as well. You hear extremely creative, although juvenile, “your mom” or “penis” jokes that made the characters more likeable. When I meant that each scene was put to good use, I meant that it showcases each fear that these children have in a terrifying manner, in order to see how Pennywise uses it to get to these kids. In some cases, some characters were given more attention than others (such as showcasing their family lives) not just for the sake of it, but simply because it plays a major role in highlighting their fears. The fact that these children think of themselves as “the Loser’s club”, give them this underdog feeling which is quite nice to see as they try to fight against this demonic entity. Now a lot of horror fans complain about absentee parents to the story. Well the main villain decides who he wants to reveal himself to. The bathroom scene displays that perfectly, where Beverly’s father could not see anything that went down, yet Beverly (one of the main characters) could.

Finally let’s talk about the clown: Pennywise. Pennywise is played by Bill Skarsgard, and it is hard to put into words so I will just say this. After I watched the movie at the theaters and went home, Pennywise popped up in my dreams a couple of times. That’s how scary he was. You feel like you’re in a haunted house the whole time you watch it, and this clown, which shape shifts into whatever terrifies you the most, is out there to get you at every turn. He does not just pop up and scares you to death, he grabs a hold of you and feasts on you. The smile, the make up, the costume, and the CGI with the character’s movements, just made it feel like he was invincible. Director Andy Muschietti, just nailed it in terms of defeating the common issues that horror movies have today, and it has become a part of the recent gems such as the Babadook. “It” has been generally been positively acclaimed by critics, with a score of 86% on “Rotten Tomatoes” and a 7.9 out of 10 on IMDB. Horror fans out there, go to your nearest theater, get yourselves a drink with a nice box of popcorn and watch this movie, because “It” is what you have all been waiting for.

Where you can watch it?

Check “www.cinemacity.hu/en” for show times in English (OV) as they are subject to changes.