Many of McDaniel students’ probably know Virag Kiss the sweet blond girl who graces some of your shared classes and a spot on the Dean’s list. The ever friendly Hungarian go about smiling girl next door, is surprisingly a superstar of many admirable parts. I set out to have a chat with her to see how the graceful lady is making all wonderful things happen in her life, especially after her winning the WBPF Fitness Model Championships this Spring.

Virag kiss the confident champion sat across me in room 004 with a half view of the college courtyard as the bright sun flowed in and cascaded over our forms, and she ever smiling and comfortable had been a bit shy for a video conversation but had readily agreed to photographs to be taken during our conversation. Nikolas our Greek camera expert took great pictures of the interview.

I asked Virag kiss what her titles were exactly in the World of fitness modeling and this is what she had to tell me:

“My WBPF title is short for the World Bodybuilding and Physic Federation. In my first ‘Spring Semester’ of competing, I won all competitions in the adult and junior categories as I was 21 then. I won 1st in the Austrian cup in both categories, the adult category being Fitness Model category, and junior being Minus 160 centimeters. After this I won the Hungarian championships, the European championships and the World cup all under the WBPF which is originated from Thailand in Asia.

There are mainly 4 categories, and if you are small, your muscles are different than if you are tall and vice-versa the shape of your body. I do bodybuilding and compete in the lowest one which is Fitness Model or Bikini Model category. For this you don’t have to be muscular, you should have muscles but they don’t have to be that big.”

I asked the WBPF Champion what else she did besides her sport and being a student here at McDaniel? She calmly replied that she also studied Law as a correspondence student at the Hungarian university, PalmanyPeterCatholicUniversity. Such great feats I thought, and my next question was how was she able to juggle it all and make it work?

“It’s very hard, I have 4 practices a week in the gym and if a competition comes up I need 5 practices. I do bicycle, cardio, and running. My life is scheduled and in this type of sport we need a special diet, so I have to eat 5-6 times a day. I know exactly when to eat, and its all calculated.” 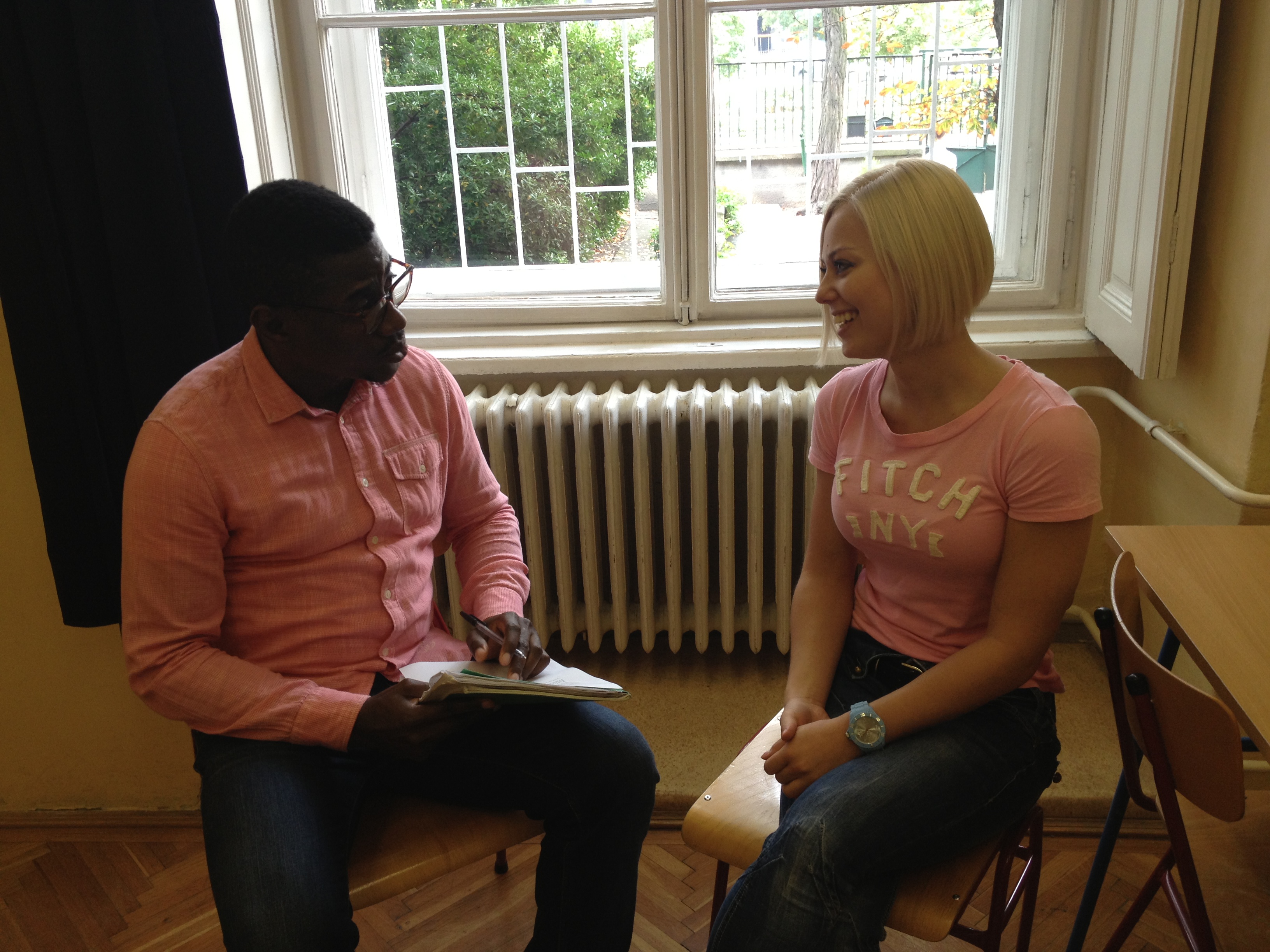 I asked Virag how she came into sports and her past experience with sport? She replied that she had been engaged in sport all of her life from kindergarten where she started with Ballet, modern dance and then gymnastics for a few years. She had to do a lot of fitness with routine which is like gymnastics, but this is done on the floor without a beam which is typical of gymnastics. ‘The routine was done in companion with modern music. In 2011, I however had to quit because of an accident I had during a competition which resulted in my ligaments tearing and I couldn’t participate anymore,’ said Virag.

I told her how amazing it was that she could bounce back very quickly from her accident because I had a recent memory of her coming to college in crutches. Virag explained that her trainer had advised her to try bodybuilding shortly after surgery, she didn’t quit but practiced more and she won all the titles in the spring. I felt it was amazing she achieved so many feats after the painful accident, and I saw in her eyes the passion and maybe the pain of the experience.

I asked Virag what kind of support she had been getting from her family early on in her athletic career and she said that her mum and dad had always supported her in all sports from horse riding to swimming, and when it came to bodybuilding they at first felt that maybe it was not the best for a woman. However, they soon came around to the idea and gave their fullest support after they saw her in the first competition, just as they had always done in the past.

When I asked Virag how people reacted to the knowledge that she was a fitness model, and if they had an idea what it really entails? She said ‘people actually think it’s a beauty pageant, but I let them know it’s a sport. It just has different categories, and you don’t need muscles or a manly face to do it.’

I asked the WBPF Champion how wining the Title has impacted her life. ‘It has given me more responsibilities, this is a tiny world of sport and they see me as a tiny star. I have to do everything correctly because they are watching to see what I am doing. I still can’t believe I won the medals even today because I had always worked hard, but I never won a medal so now I still do a reality check that these are actually mine’ she said.

I asked McDaniel’s own star athlete what was next for her and she said she would be participating in her next competitions on October 20th in Budapest; in Hungary’s biggest fitness model championship. And her next competition will be on December 4thBangkokThailand for the World Championships where she will compete in the Fitness Model and Minus 160 centimeters categories.

Seeing that our time was almost over, I asked Virag Kiss what advice she had for other young women who might be interested in Fitness Modeling, and she replied that they first have to break the fear of growing too many muscles if they go to the gym. They don’t need big muscles to compete, just an exercise routine and some hard work she said smiling brilliantly in the sun. 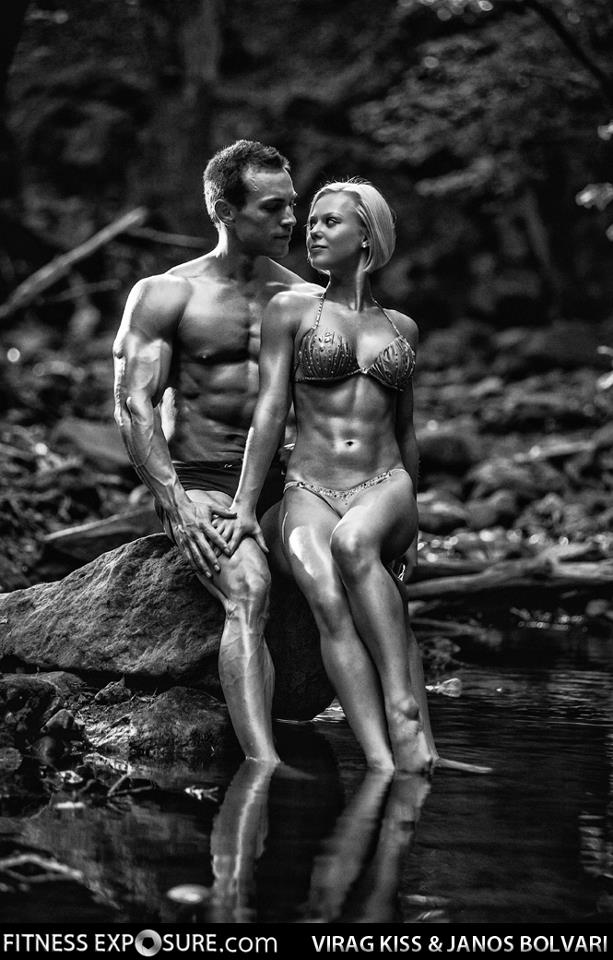