Prior to the National Football League’s season starting no one would have expected the Super Bowl LVI matchup to be what it was. The Cincinnati Bengals faced off against the Los Angeles Rams, two teams who have had their fair share of struggles over the past few years.

“This reminds me of, and I forget the year, maybe it was 2016, ’17, when it was the Cavaliers with LeBron [LeBron] and Kyrie [Irving] against the Warriors that had KD, they had Klay, they had Steph, that’s what this reminds me of,” said ESPN analyst and former NFL player Booger McFarland.

The Bengals, being a team that had won only 6 games in the past two seasons, have had the biggest turnaround from the worst record to a Super Bowl appearance in NFL history.

The fan-favorite of the two was the Bengals, as their charismatic youth and inexperience led viewers to favor the team in a bunch of situations. Their reward for having the worst record in 2019 was quarterback Joe Burrow, who is now the first No. 1 overall pick to get his team to the Super Bowl within his first two seasons.

The regular season’s best team doesn’t necessarily win the Super Bowl. It’s the team that plays the best and with the most confidence in the postseason. 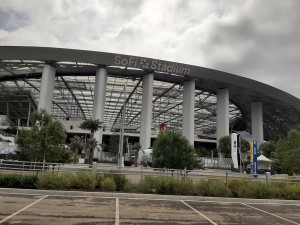 The stars showed out when it mattered for LA as they triumphed the Bengals 23-20. The game came down to the wire ending on a game-winning drive led by Rams quarterback Matthew Stafford and wide receiver Cooper Kupp.

This wild matchup showcased a lot of problems the Bengals offense needs to address before next season. Joe Burrow would end up getting sacked a Super Bowl record 7 times and only had an average 2.41 seconds to release the ball per ESPN. Burrow would also end up revealing to the public he played on an MCL tear after a nasty hit late in the game.

With the 2022 NFL Draft taking place on April 28the Bengals have some time to figure out if they wish to invest in protecting their star quarterback or beefing up a defense with some evident holes.

Drafting an offensive lineman could provide the Bengals with an insurance policy as per experts, the draft will be loaded with offensive line talent.

The free agency period could also provide the answer the team is looking for specifically in Tampa Bay Buccaneers guard, Alex Cappa who hits the market this offseason.

Last season Cappa allowed just five sacks with one penalty over nearly 1,200 snaps per Bengals Wire. Who knows, the Bengals may very well take approaches on the draft and free agency.

As for the defending Super Bowl champions, there isn’t much to say about what they can improve upon. They clearly have the pieces to win a championship, with quarterback Matthew Stafford turning 35 next February there are no signs of him slowing down going into next season.

Famed ESPN analyst Stephen A. Smith praised Stafford for his game saying “This performance has solidified that Matthew Stafford is a future Hall of Famer.”

However, the Rams were missing huge cornerstones in their franchise this season in running back Cam Akers and wide receiver Robert Woods.

With the two stars expected to return to the active roster alongside Kupp and Stafford, the Rams have a solid chance at getting back to the championship set. Even after winning the Super Bowl the healthy Rams are not the favorites going into the next season as they are +1200 in the odds per Draft Kings, only surpassed by the Buffalo Bills (+750) and Kansas City Chiefs (+750.) Very similar odds were predicted prior to the season and we saw LA prove the numbers wrong. With the young talent on the Bengals and the carefully crafted roster of the Rams don’t be surprised if either team makes a return to the big stage.