Enter any classroom in McDaniel College, and ask for the room to divide into two groups: those who are aware of what the student union in McDaniel is and does, and those who are not. You will probably find the majority of the students in the second group because students are just beginning to learn about the Student Union.

Dr. Matthew Adamson, Director of Academic and Student activities, notes that recent interest in forming a student union has led to a particularly active group, whose voice is present and important in both student activities and campus affairs. The Student Union responds to activities proposed by the administration and faculty, and also proposes their own activities. The best example of the latter is the November 9 trip to Vienna to tour the offices of the UN. (See photo.) 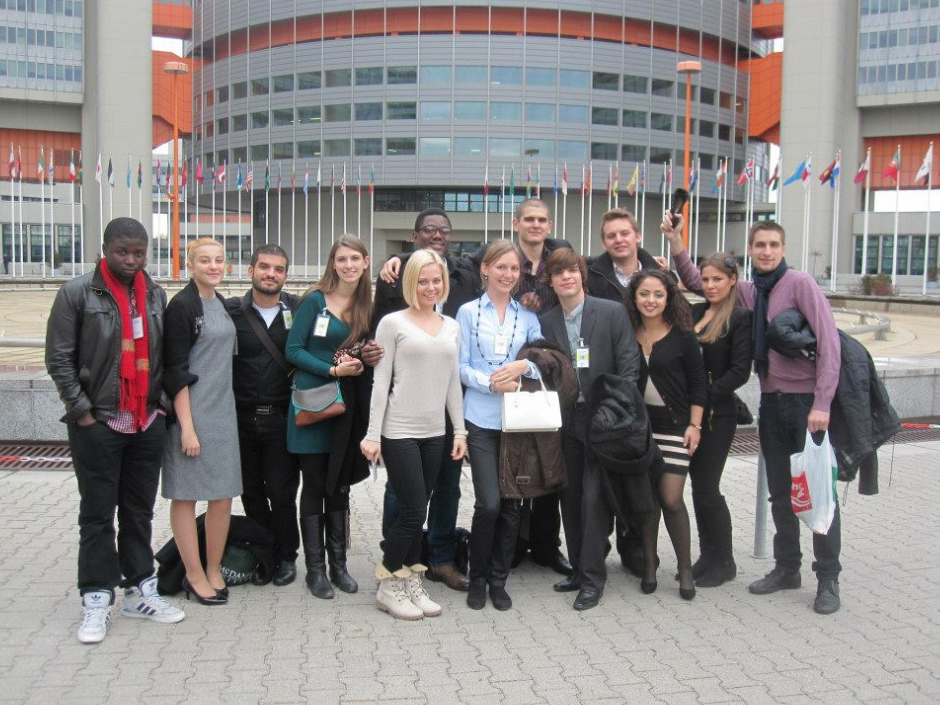 MEETING WITH THE STUDENT UNION

The discussion focused on the structure and functioning of the Students Union. The people present in the meeting concluded that there should be four students who act as representatives. These students are to assure the regular meetings of the Students Union, take note of the activities discussed and agreed by the students and report back to Dr. Adamson with their conclusions.

Another issue discussed in this meeting was the need for fundraising. This idea was suggested by Brooke Ness. The fundraising will help to finance a charity trip by a student from the campus in Westminster to Zimbabwe. At least one student from the Budapest campus will join the trip for a two-credit Jan term course. One of the ideas that came up was to organize a bake sale to buy mosquito nets and school supplies. This was subsequently carried out, and raised 24 000 forints.

Finally, there was a guest speaker present at the meeting, Mr Levente Somogyi, the person in charge of the Mental Health Counseling Services on the campus. He was asked to talk about his job and a little about himself. Mr Levente encouraged the students to come for the counseling.

The meeting ended at exactly 12:20pm and it was a very important exercise where students were given the opportunity to express their thoughts and views about life on campus and what they would like to see happening there.