Spotlight on Budapest: Two part special on Gellert Hill and the Saint who was rolled down it to his death 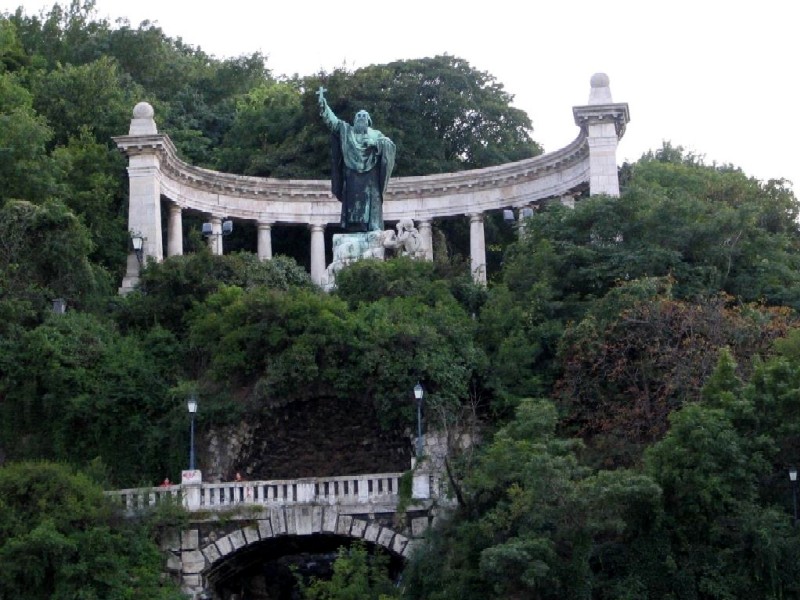 Gellert hill is a 235 meter high hill which overlooks the Danube running through Budapest. It is located in the 1st and 11th districts of Budapest on the Buda side. The hill takes its name from Saint Gellert who was killed by the pagans during the great pagan rebellion of 1046. He was put in a barrel and rolled down into the deep from the top of the hill. Back in the 18th century the sides of the hills were covered with vineyards, according to the record books of 1789 it is believed that the vineyards covered 128 hectares. The hill currently holds the Citadel and the Liberty Statue. The Liberty Statue erected in 1947 in remembrance of the Soviet liberation of Hungary from the Nazi forces during the 2nd World War. It is a 14 meter bronze statue that tops 26 meters. Several smaller statues are also present around the base but originally the monument consisted of more statues but some of them have been moved to the Statue Park in Budapest. The Citadel was built in 1851 by the Habsburg Monarchy, it took three years to complete and now it almost covers the 235meter high plateau. The fortress is 22meters long, 60 meters wide and four meters wall with sixty cannons. It is also a joy to behold the panoramic view of the Pest side of Budapest from the hill with its eight bridges that connect Buda to Pest.