Spain and Gasol remain on top 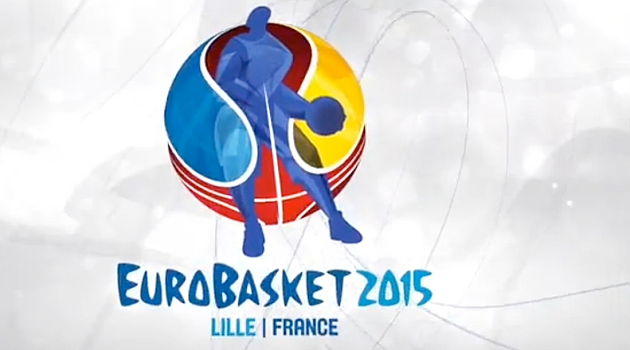 When speaking of the relationship between Spanish basketball and the sport itself, there is a golden rule that usually holds true, with the odd notable exception. Namely, in basketball “no matter for how long or how well either team plays, at the end Spain always wins.” The recentEuroBasket 2015, the quintessential European basketball tournament, was no exception to this rule we have witnessed over the past decade, and to the detriment of every country, apart from the United States, of course.

To further emphasize this point, I will now list several players whom are deemed to be the biggest stars of this Spanish team: Ricky Rubio, Juan Carlos Navarro, Marc Gasol, Serge Ibaka, Jose Calderon. These players would have undoubtedly all been starting for Spain at EuroBasket 2015. However, due to issues ranging from injury all the way to family obligations, none of the above mentioned stars ever joined up with the team.

Basketball, similarly to the other two most entertaining sports in the modern day era; soccer and American football, is a team sport. Having played competitive basketball myself, one cannot emphasize the importance the role of unity and cohesion play within a team’s success. The classic quote of “the whole is greater than the sum of its parts” applies. While Spain did have to compete with essentially their “B” team, it did have its biggest star and national hero, Pau Gasol on deck. Pau, at the tender age of 35, posted the following statistics at EuroBasket 2015: 25.6 points per game, 8.8 rebounds per game, and last but not least 2.3 blocks per game. He led Spain in all three of those crucial categories, while 80.5% from the free-throw line; and perhaps most shocking of all an astonishing 66.7% from the three-point attempts.

For those who might not be familiar with Pau, it is important to mention that he is far more than just a basketball player. He knows and speaks seven languages proficiently, enjoys studying history and making art, and last but certainly not least has been in the process of studying to becoming a doctor. His multitalented aspects are certainly evident even on the basketball court. Even though he stands at an enormous 2 meters 13cm and 113 kg, he possesses the passing ability and shooting of a guard and the intelligence of a coach. This is why it is so fascinating to watch him go to work night in and night out in the National Basketball Association.

Gasol’s performance will seem even more impressive if we compare it to that of fellow veteran stars Dirk Nowtizki (Germany) and Tony Parker (France); both of them heavily under- performed and as a result so did their respective teams. If one were to pick a single game to summarize Gasol’s EuroBasket 2015 performance, it would without a doubt be the semi-final game against the hosts France. Many picked France as the favorite for that game as they had most of their stars on deck, while as mentioned before Spain did not. Gasol had to go up against France’s Rudy Gobert, a 23-year-old Center, who is blossoming into an elite NBA player in his own right. There were concerns from the side of the Spanish media about Gasol not being able to keep up with the young French prodigy. While Gobert did have his moments throughout the game, it was Gasol who ultimately dominated the match up and proved once again, age is only but a number. Gasol scored 40 points, grabbed 11 rebounds and blocked three shots en route to guiding Spain to the final. After the game, Rudy Gobert is quoted as saying: “Tough loss. … I’m taking nothing away from them. Pau is a great player. … I won’t forget this day.” Neither will we Rudy…neither will we. 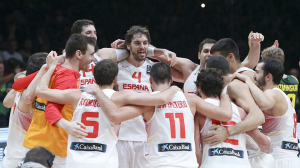 On the night of September 20, Spain battled the giant basketball nation of Lithuania in front of a packed house in Lille, France, in the final. There were no clear favorites in this matchup as both teams were essentially what is dubbed as a “one man team”. The Lithuanians were carried single handedly by their young superstar Jonas Valanciunas throughout the whole tournament, while the same can be said of Pau Gasol in the case of Spain. The Spaniards took control of the game right from the tipoff, jumping out to a 19-8 lead after the first quarter and never gave their opponents a fighting chance. Pau posted his usual stat line of 25 points, 12 rebounds, and four assists, while holding Valanciunas to a modest 10 points, 9 rebounds, two assists that night. After the final buzzer went off and the rest of his teammates cried out in joy, Pau just stood there pumping his fist. The reason is quite simple, for a 2x NBA champion, 5x NBA all-star, 2x Eurobasket MVP; this was just another day at the office.