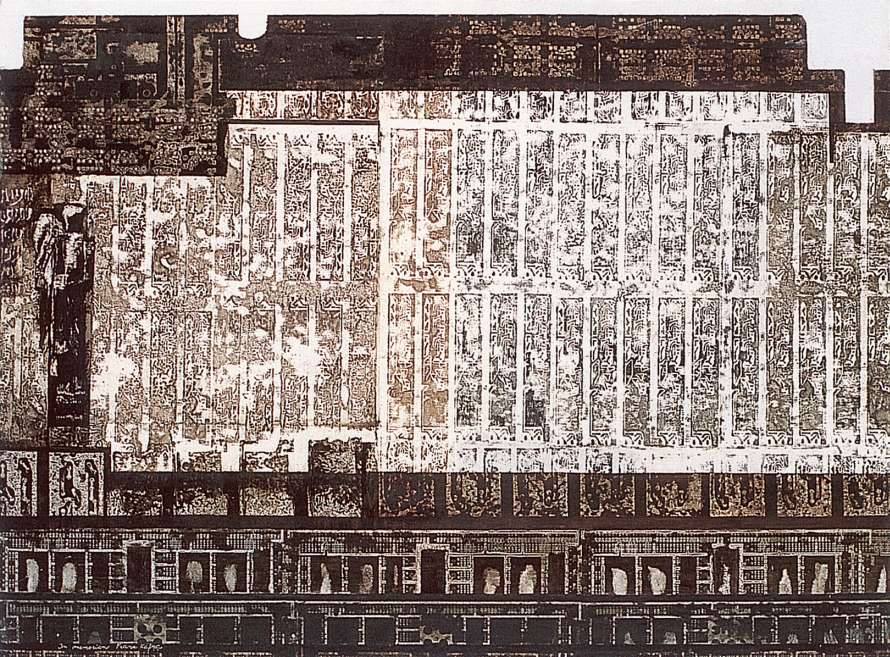 Once again, the National Gallery presents us an artist that revolutionized art by introducing her particular style of surrealism. In the Lili Ország exhibit (a Hungarian painter alive from 1926–1978), invites us through her art to enter her own maze, which takes you on different paths, and deep into her experience during the Holocaust. You can enter her maze, but you might not leave.

Each and every piece from the more than 300 works in the exhibition are meaningful, and will make you feel a sense of history and pride.

An early work, the “Woman in Black Robe”, is featured, and can be understood as the artist’s search for herself. Her shadow is trying to decide which path to take, a decision that is always difficult, and the work reveals her style and different intentions. In the piece, the way the walls chase her brings into discussion all her dark thoughts about death.  She also developed through the stones a representation of her own passion for walls, cemeteries and also gravestones.

Around 1950, these ideas flow into an Orthodox surrealism which followed as fear and anxiety are expressed with/by the wall. In this way, she plays with colours, and through the shape of the composition, we are able to recognize nostalgic feeling and loneliness. At the same time, she points out their questions about the secrets behind each different wall.

Later, the artists created the Townscapes series of imaginary cities based on her travel experiences. Her imagination took her to build and rebuild places she had been to and also allowed herself to reflect on what society had become.

Upon a closer look, you can see the different elements and techniques that Lili used. Apart from paint, she also introduced some photomontages developed from photo prints, old books, and diagrams,  adding cards, roman heads, and squares. 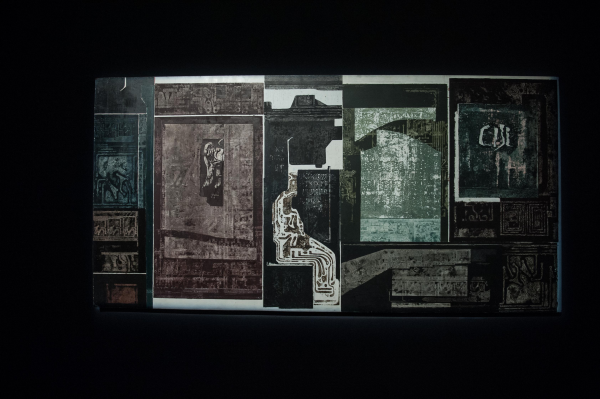 From 1966 to 1969, her work included the period of inscribed paintings, in which she used out signs and scripts in her paintings, contracting elements of color, texture, shape and Hebrew  inscriptions.

In 1972, Lili set up different pieces based on the idea of creating a labyrinth, to be understood as a contrast between the past and the present, which becomes a magic journey of discovering new concepts.  The way the colours variate through the lines confirms the passages, and shows some kind of desperate intention to find harmony or peace. Her images and faces suggest the possibility to find ways out or the truth about everything.

The construction and placement of pieces gives the feeling that you have entered the Labyrinth itself. The passages and small spaces provided to admire her work make you wonder how you should walk among the walls. The use of light changes the moment you step in, incorporating a different environment in the room which I find truly moving. 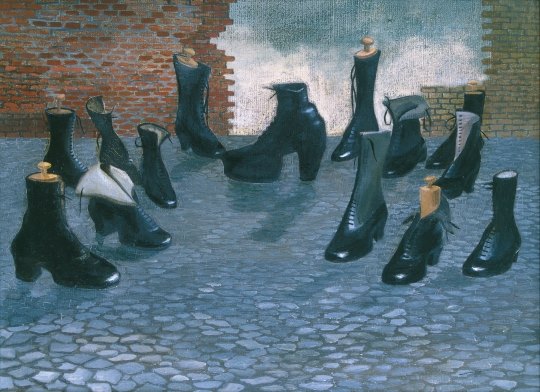 It is easy to understand history and what happened, but it is certainly different to admire somebody’s experience and put yourself in their shoes. This exhibit will make you learn facts which will keep you thinking and remembering the past, probably in a much more respectful  way.

I personally found it quite interesting and moving. Her work shows her true self, and introduces us to the other side of history and the meaning of truth and life.