Hungary covers the vast range of art schools that have come into being over the centuries, and its Budapest is one of the most beautiful capitals in Europe with a rich architectural heritage. We need to have background and know the language of a culture in order to understand the soul behind an art piece. Language is the characteristic, which distinguishes Hungary from its neighbors. In my culture, language inspires other fields of arts. It was the most important criteria, which draws my attention in the first place. Hungary has had a tumultuous and turbulent past due to its location in the heart of Europe. Hungarians have experienced years of war and have been under the oppression. Strolling around downtown reveals the history vividly, with many buildings still covered in bullets holes. The younger generation lives in these old buildings; they have read and heard about the events that happened in the streets. They are aware of blood gushing on the paving stones on which they are walking. This is what makes an art bold and everlasting. Most of the architecture in Budapest dates backs to the 18th, 19th   and early 20th centuries, the time that Budapest experienced its architectural prosperity. 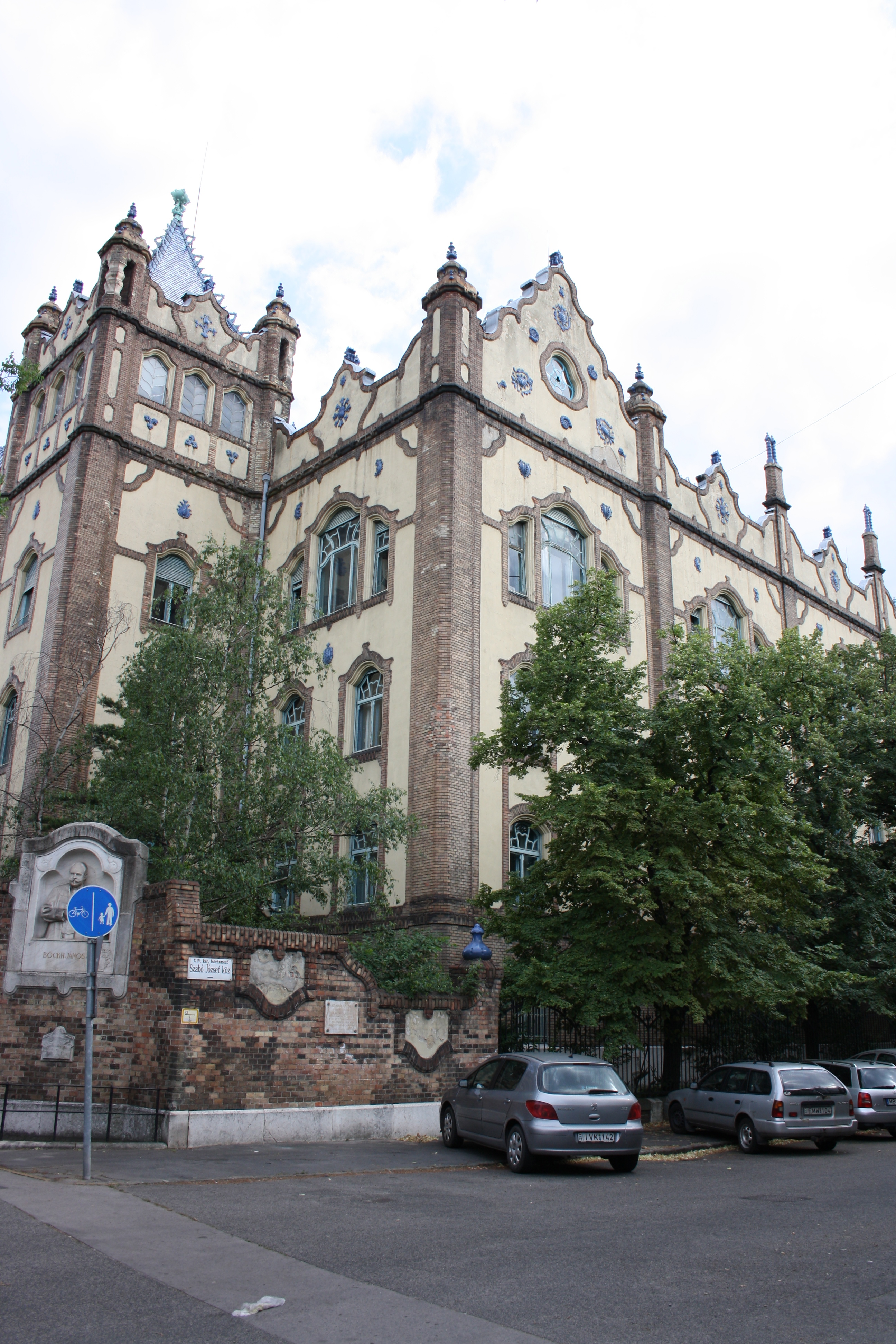 Beautiful Art Nouveau architecture and decorations are ubiquitous in the Hungarian capital and have left a powerful imprint on the city. The eyes enchanted by the works of great masters like Ödön Lechner, Samuel Révész and József Kollár. The Art Nouveau style was a particular form in architecture and visual art, which started at the end of the 19th century in Europe and North America. It was developed by the fabulous generation of designers who brought the new definition of art in the modern age. It originated in organic beauty as opposed to classical art. At the end of the 19th century, following the industrial revolution and development of technology, urban life was established. The new art form and fashion were inconsistent with the old artistic style and using machine-made decorative artwork, jewellery, furniture and textile became fashionable.

Sweeping through Western Europe and North America, the new artistic style reached Central Europe and Hungary, where it became known as Szeszeció (Secession). Secession is essentially Hungary’s unique take on Art Nouveau and is divided into two major areas; one was influenced by oriental heritage, and the other had its route in Hungarian folk art – but it could also be a combination of both.

Today, Budapest is blessed with some tremendous architecture and art pieces that were created during that period.

It seems that the late 19th and early 20th century art style did not belong to certain kind of social class. Many people were able to have beauty around them, regardless of their social background. There were some great names that were known as the Hungarian Art Nouveau figures. One of them was architect Ödön Lechner (1845-1914); he is often referred to as “Hungarian Gaudi.” He inspired by Eastern art (mostly Indian and Syrian). His style was a combination of Eastern art with traditional Hungarian design, which made for a very specific take on Art Nouveau and Szeszeció. The other pioneering architect from this era was Károly Kós (1883-1977). His style was close to Historicism and many traditional Hungarian characteristics are applied in his designs since he was inspired by Hungarian folk architecture. There were some other big names from the other fields which can be mentioned. For instance, József Rippl-Rónai (1861-1927) painter and designer, Aladár Körösfői-Kriesch (1863-1920) and Sándor Nagy (1869-1950) were the two famous textile artists, and one of the most important names was Miksa Róth, the stained glass artist. 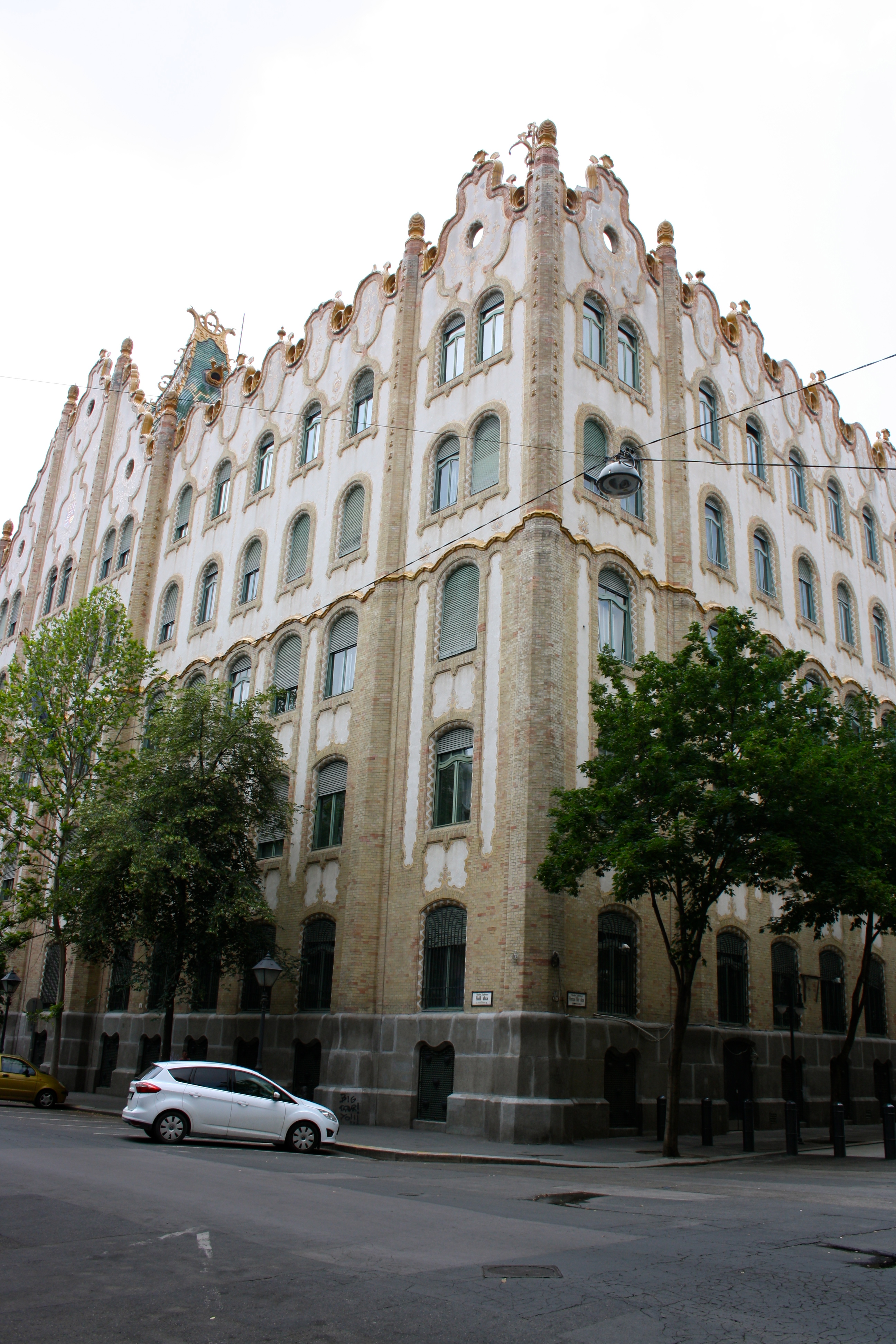 Many Art Nouveau buildings went up in Budapest between 1895 and 1914. The best study on this period can be achieved by walking the streets and visiting these buildings decorated with pure Art Nouveau. Following the development of the Jewish community in Budapest, the expansion of the city itself and the increasing population between 1875 and 1914, many new buildings materialized. There were famous Jewish architects, such as Béla Lajta, the Vágó brothers and Gyula Fodor. At least 65% of the important buildings erected between 1900 and 1915 were of Jewish origin.

Several newly built streets branched off Andrássy út, which are very good examples of Art Nouveau decoration. Many of the districts like 8th, 13th and 14th were full of newly designed buildings. Especially in 7th district, which was considered as a rich Jewish neighborhood, Art Nouveau was the dominant style.

Art Nouveau had become very fashionable by the beginning of the 20th century and for that reason mass production became the norm. Consequently many of the ornaments were made in plaster and were not necessarily of good quality, which usually happened in the poorer neighborhoods. On the other hand, there were also outstanding buildings of high quality, such as the Gresham Palota and the Honvéd utca Bank.

Samuel Révész and József Kollár initially followed Lechner and his concept of Szeszeció. However, later they chose to follow German Jugendstil in their creations, which can be seen in the former Modern and Beitner ház at Deák tér.

90% of Art Nouveau buildings can be recognized by their doors. The door decorations followed the same fundamental principals. Ornamentation of the buildings usually involves different animal motifs like peacocks, owls, squirrels and occasionally other animals like dogs and cats, while spiders appeared in some stained glasses design by Gyula Fodor.

Hungary’s Secession style was influenced by different parts of Europe, while an Americans can also be seen. It was a mutual influence and later many Hungarian artists and architects migrated to the US in the 20s and 30s. After holding exhibitions in Hungary and admiration of Hungarian artists who were practicing in Paris, the atmosphere was ripe for growing Art Nouveau in Hungary.