The School of London’s first exhibition in Budapest

The Hungarian National Gallery is hosting an exhibit displaying the works of phenomenal artists such as Francis Bacon, Lucian Freud, Frank Auerbach, Paula Rego and Leon Kossoff – until January 13, 2019. The exhibition, Bacon, Freud and the Painting of the School of London is the first of its kind in Hungary, bringing the long-awaited School of London’s paintings to Budapest. Almost ninety paintings are on display, exploring the different ways these artists approached similar themes such as figurative painting, loneliness and depression in relationships following WWII. The exhibit is open every day between 10-6PM except for Mondays, and tickets are ft3000.

The School of London is an expression used to describe the movement of 20th century painters based in London who shared a common interest in figurative painting. These artists stood out from the crowd as their work returned to a very traditional subject matter – the human figure – approaching it in a revolutionary manner. This style was quite unique in contrast to the widespread movements at the time, such as abstraction and conceptualism.

The exhibition consists of two floors; the ground floor introduces the public to the concepts and themes discussed by the School of London as well as its influences on contemporary British artists like Jenny Saville and Glenn Brown. The first floor is divided into nine halls devoted to different artists whose work was crucial to the development of the School of London. In addition to the separate halls, visitors can view photographs of the artists and their studios along the corridors, adding context to the works on display. 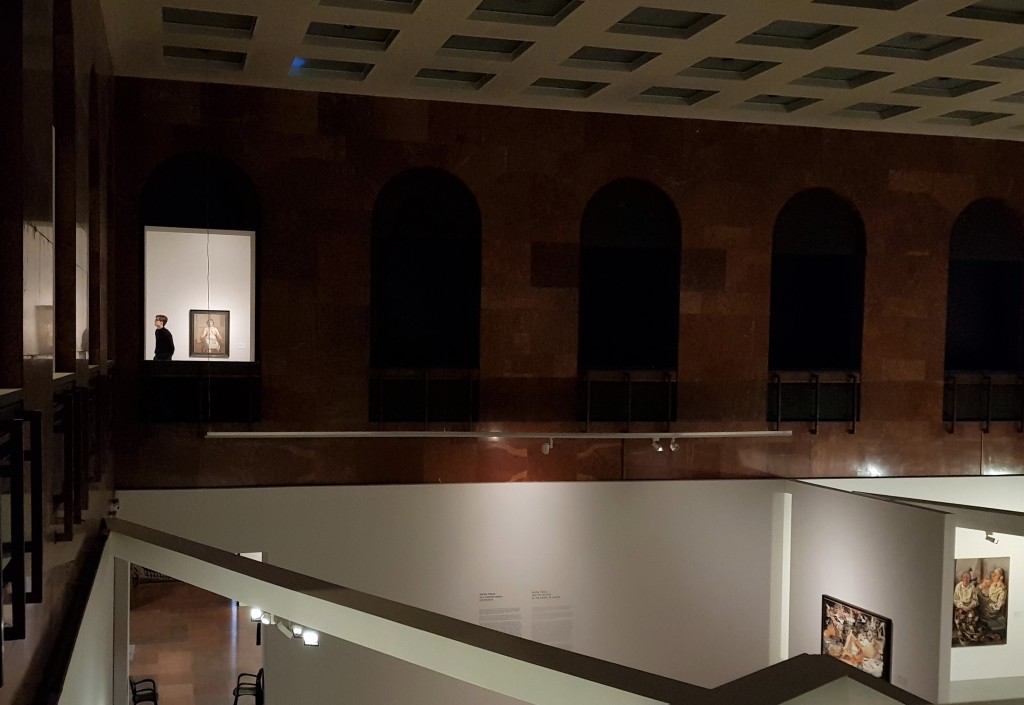 Despite anticipating Bacon and Freud’s works the most, another hall caught my attention. This first interesting hall consisted of six pastel paintings by Paula Rego displayed under the title Paula Rego: Life is the wildest story. In a field mostly dominated by men, Rego’s art stands out because she depicts women in an intimate, raw, and personal form as the main subjects of her works. One of her paintings hanging in the hall, Bride, 1994 is an example of the engaging and haunting images Rego created. The model’s beautiful, silky gown contrasts with her awkward, yet sexually charged pose and her wide, deep eyes that invite viewers to pondering the personal background story of the model instead of merely admiring an attractive passive figure.

The opposite hall is devoted to three influential artists of the period; Michael Andrews, R.B. Kitaj and David Hockney: Painting relationships. Although the three painters have very different styles, they shared an admiration for Francis Bacon and utilized some of his techniques, namely using photographic sources to discuss social relationships through their works. While Hockney discussed issues of homosexuality– which was illegal in the UK at the time– Andrews took a more existentialist approach and portrayed personal family relationships exemplified by Melanie and me swimming. On the other hand, Kitaj chose to depict group behavior and used various techniques to display the crowd masses onto his canvases.

Two halls are dedicated to Francis Bacon’s work. The first hall Francis Bacon and John Deakin in camera shows the mutual interest in portraits the two artists had, hanging some of the photos taken by Deakin that Bacon borrowed to use as starting points for his paintings. One of his Triptychs Tryptic August is presented, with the central piece depicting a figure that has sexual and animalistic connotations thereby revealing the depth of his painting and how his personal sexual life came through the work. In comparison, the other hall Francis Bacon and Alberto Giacometti: Figures in isolation contains one of Bacon’s famous portraits of the Pope, as well as other works that demonstrate the cruel reality of life and depression post WWII, in addition to a sculpture by Giacometti representing the theme of isolation.

The other halls of the exhibition are dedicated to other influential artists of the movement such David Bomberg, Soutine, Kossoff and William Coldstream who all explored pictures of cityscapes in various styles while they also studied the human figure using an analytical gaze, building a relationship between the model, the artist and the viewer. 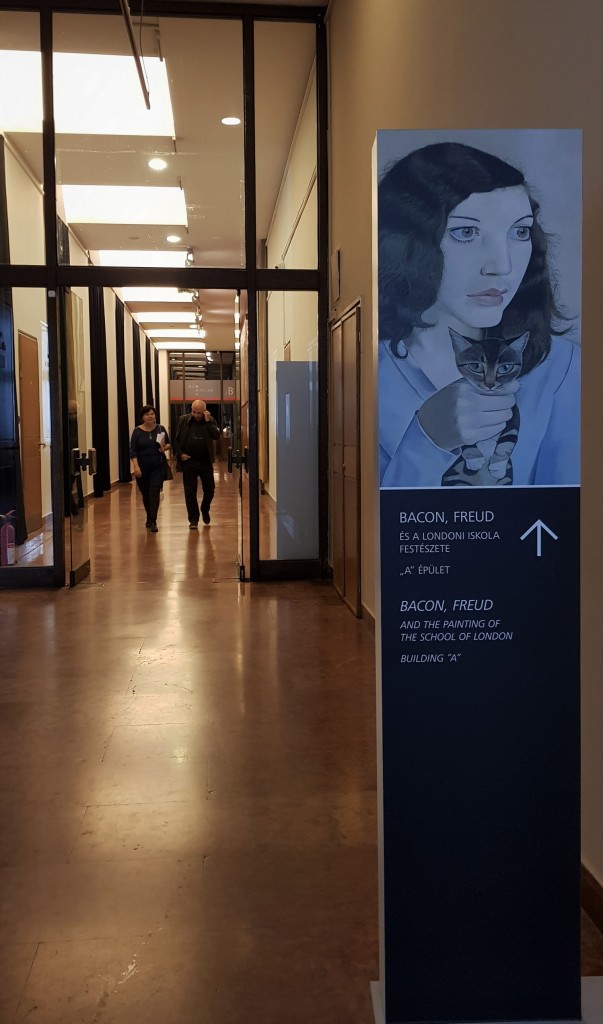 The last hall contains several works by Lucien Freud, ranging from intimate portraits of a young boy, himself and his mother, to a huge nude depiction of his friend David Dawson with his dog, Eli. Freud’ work is an example of the high-quality level the School of London painters have reached in representing the physical presence and experience of bodies rather than mere appearances through their figurative paintings. The exhibition is a great opportunity for artists in Budapest to view the works of influential artists and raise questions about the depictions of the human figure through art history– and possible future directions it may veer towards.