Review: Feminists: What were they thinking? 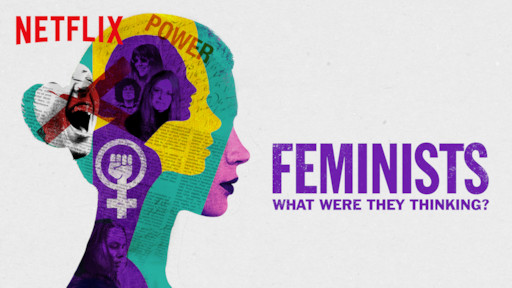 Feminism has been a topic of major importance for a long time, especially in the last couple of years when it hasn’t been out of the headlines due to the “Me Too” movement, which goes way beyond the realm of equal pay and women rights, but manages to tackle sexual abuse head-on. The Netflix documentary Feminists: What were they thinking, which came out about a year and a half ago, sees women look back at pictures that were taken of them in Cynthia MacAdams’s 1977 photography book, Emergence.

The main idea of this documentary is to show how powerful women (from second wave feminism) overcame their powerlessness of the past, such as having to go through illegal abortions, being abused by their own husbands, or harassed at their workplace.

“How did she convince all these women to take their clothes off?” asked artist and activist Lauren Anderson, while looking back at a picture of herself. MacAdams didn’t think of female nudity as something done for men, but thought of it as self-enjoyment and fulfillment. Nudity is used as a way of women reclaiming their bodies and sexuality.

One of the most memorable moments is when a mother and daughter are interviewed while protesting. The mother states she was protesting in 1993 with her mother and now she is protesting with her daughter. “It’s really nice to be here with my daughter, but it’s really sad all the same,” she says. “I’m just ashamed that I’ve lived through not being able to pass the Equal Rights Amendment, I’ve now lived through not being able to get a woman president, and it just – I cry a lot still.”

One of the positives about this movie is that it covers multiple stories from different women – such as Gloria Steinem, Lily Tomlin, Jane Fonda, to Phyllis Chesler and Meredith Monk – showing a lot of diversity. It reflects on the movement of Feminism, which isn’t just limited to one issue but multiple – which makes women stick together and have this in common.

The film is sentimental and emotional, but that doesn’t make it unimportant or unworthy of attention. It is important for the audience to listen to these women’s stories. Often these documentaries made by women showing concern about an important topic are critiqued more harshly.

These women don’t just talk about their experiences but raise awareness to protect other women who are also still trying to overcome powerlessness. The movie doesn’t only capture the spirit of women but the political issues and the need for women to fight to be able to be who they truly are.

Nevertheless, there has been some criticism: the stories are not detailed enough for women watching to relate to, and that it makes the issues not seem as important as they really are. The discussion of critical intersectionality of feminism – considering factors like race, class, sexuality, and mental health – was also overlooked. There has been a lot of criticism about the ‘whiteness’ of second wave feminism, and the documentary only showed a handful of women of color.

The documentary perfectly balances out the past, present, and future. It shows the value of things women have created in a “men’s world”. For people who are wondering about the future of feminism, this film indicates there is still a lot to work on, in reaching the full potential rights of women.

Where to find it: Netflix