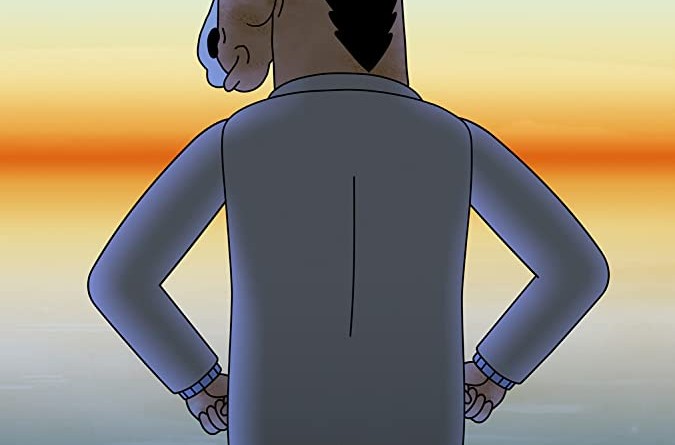 The show Bojack Horseman had a significant influence on how cartoons can be more than comedic—the sixth season launched on October 25th. Its plot is about Bojack, who is a horse, and his life after his 90s sitcom ended. When people think about cartoons, they think it is a comedy with a lot of laughter and is full of positivity. However, Bojack Horseman has a much deeper meaning as it discusses different topics such as substance abuse, depression, rough childhood.

I got nervous hearing that season 6 will be the last season of Bojack Horseman. At the end of the show’s fifth season, right before BoJack volunteers to go to rehab, Diane tells him, “You need to take responsibility for yourself… You’re never going to be ‘good’ because you’re not ‘bad.’” This final season shows how much BoJack takes that advice to heart. In a very typical BoJack fashion, he manages to make taking responsibility for your actions and turn it into a contest or a way to antagonize others. 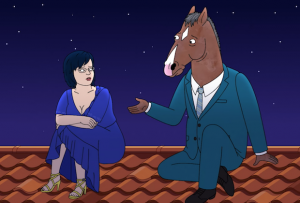 In season 6, we see Bojack wanting to get better, which we have not seen in previous seasons. However, when he is back in the “real world,” it is much harder than he expected it to be. He gets flashbacks from the past, which to this day haunt him as these are the memories he messed up, and now he is not sure how to deal with the past. It is a very realistic look at the battle against substance abuse. 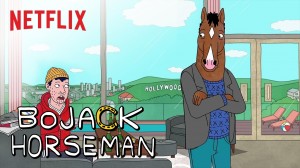 One of the most important, and reoccurring parts is Sarah Lynn’s drug overdose. However, it has not been explored since it happened. Now that BoJack is in the Pastiches Rehab Center, he is forced to deal with this past traumatic event in a big way. Sarah Lynn’s name is even the phrase that begins this season as BoJack flashes back to rock bottom. Her role in BoJack’s life and how he let her down is incredibly important to his inner pain, and this season wants you to understand that.

All of BoJack’s past mistakes come, aside from Sarah Lynn. They assess how much BoJack has grown and if he’s able to process old wounds healthily. This season appropriately explores the nature of where BoJack’s addictions began in the first place, his need for acceptance, and how these vices are baked into his DNA. 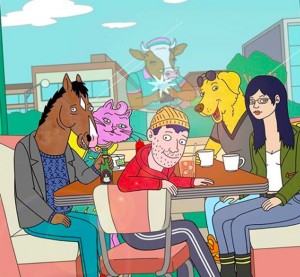 Every character has some development this season, even Todd. The first half of the season focuses on a different character’s dilemma as Bojack checks in for support. Beyond its complex characters, this season of Bojacks attacks plenty of timely, important issues, like the increasing proliferation of mega-corporations, the need to turn everything into a franchise, or the risk of Hollywood assistants going on strike. These touches all add an appreciated injection of realism into the series, which helps ground it from its more unorthodox urges.

Even though it has a more serious tone, the comedic atmosphere does not disappear even in this last season. There’s a running bit that involves tying sheets together into a rope that gets hilarious each time and rewards the season’s binge-friendly approach. Each episode also boasts such layered, clever storytelling, even when the plot itself is relatively simple. The series presents a grueling break up and emotional lows through wacky farce and extreme visual comedy gags. Estranged families are brought together through absurdist kidney heists. It’s shocking how well BoJack Horseman balances these extremes.

Where to watch it: Netflix