Preview of the UEFA Champions League Round of 16 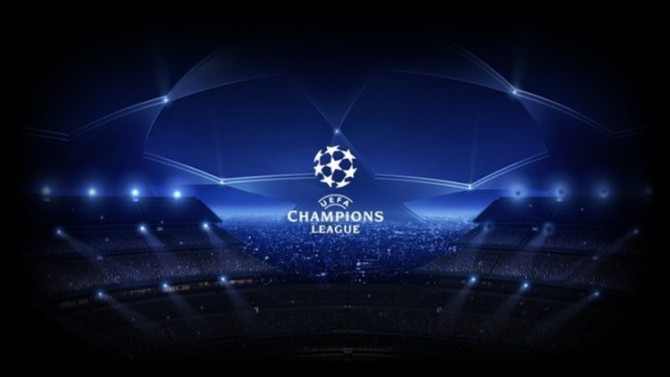 The UEFA Champions League resumes on February 18 with the hotly anticipated first legs of the round of 16. So what are some of the big games to watch out for? The Champions League group stages were undoubtedly very exciting to watch as some of the best teams in Europe came up against each other. However, we also saw some really good teams being knocked out. Seeing the like of Italian giants Napoli and Juventus out of the competition backs up the fact that anything is possible in soccer. But as the saying goes, “the show must go on” and indeed the competition has to continue.

Most of the teams remaining in the competition have taken the chance to strengthen their squads during the January transfer window. We saw big names like Michael Essien moving to AC Milan, Yohan Cabaye to PSG, and Juan Mata of Chelsea making a shock move to Manchester United. However Juan Mata is cup tied and as a result of his move to Man United, he will not be able to play in the Champions League this season. Essien, on the other hand, will most likely feature in Milan’s clash against Atletico Madrid.

We all have our favorite teams for the competition but nevertheless there some really interesting and crucial games to zone in on as the competition resumes. The most mouthwatering prosopect is the meeting between the two footballing giants of Manchester City and FC Barcelona at Manchester’s Etihad Stadium on February 18. The Catalans are the favorites to come out tops but nobody should doubt the power and prowess of Pellegrini’s men as Man City have been on a goal scoring spree this season in England and remain in pursuit of the quadruple. Barcelona continue to be in tremendous form, beating Rayo Vallecano 6-0 on Saturday. However, Manchester City also go into the clash with confidence after beating Chelsea FC 2-0 in the English FA cup on Saturday. With the return of Samir Nasri, Pellegrini will be hopeful of emerging from Tuesday’s clash against Barcelona with a win.

Furthermore, another must-see is the clash between defending champions Bayern Munich and Arsene Wenger’s Arsenal. Presently, the Bavarians sit on top of the Bundesliga, but when these two sides met last season, Arsene Wenger’s men were able to squeeze out a 2-0 win at the Allianz Arena. With Franck Ribéry already out, the Germans will also be without Xherdan Shaqiri, who has been ruled out with a thigh injury, for their trip to London.

Meanwhile, Chelsea manager Jose Mourinho will be reunited with his beloved striker Didier Drogba when his side meets Turkish giants Galatasaray in Istanbul. Back home, Mourinho considers his Chelsea squad as “Little Horses” after defeating Pellergrini’s men at the Etihad stadium few weeks ago. Incidentally, Mourinho considers Arsenal and Manchester city as the so called “Big Horses” for the Barclays Premier League race.

Elsewhere, David Moyes’ Manchester United will be hoping to retain their formidable form in the Champions League away to Greek side Olympiakos as his team is currently facing the remarkable prospect of not qualifying for next season’s edition. Manchester United currently sit in the 6th position of the league table and they are 11 points shy of 4th position, which is the final available place for entry into the Champions League.

Finally the clash between AC Milan and Atletico Madrid is another thrilling game to watch out for. Atletico have really impressed in the Spanish league this season with the team playing some beautiful football, but can Mario Balotelli and his team mates finish the Italian Job? UEFA reports that a neck injury sustained in Atlético’s Copa del Rey semi-final defeat will keep full-back Javi Manquillo sidelined for the game.

The first leg for the UEFA round of 16 kicks off on February 18 and as always mixed emotions will continue to be expressed.