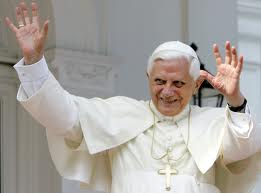 85-year-old Pope Benedict XVI announced that he will resign after seven years as leader of the world’s 1.2 billion Catholics due to deteriorating health on Monday.

Benedict claimed that his strength and abilities have declined to the point where he is no longer able to adequately lead.  This is the first time in over 500 years that a Pope has resigned from his position.  The decision has surprised many in the Catholic community and already triggered much speculation about who will succeed Benedict.  As of right now, there is no clear front-runner.  There will be a conclave to elect a new Pope by the end of March, in which Benedict will not take part.

The Pope’s brother, Georg Ratzinger, reported that Benedict was considering stepping down for months.  “His age is weighing on him,” the 89-year-old said of his 85-year-old brother. “At this age my brother wants more rest.”  Benedict has stated as early as 2010 that he would step down if his age prevented him from being an effective leader.  Finally, after much reflection, he has decided that time has come.  The last Pope to step down from his position was Gregory XII in 1415.  Such a decision is fully within the law of the church, and Benedict made it freely.  The pope said, “After having repeatedly examined my conscience before God, I have come to the certainty that my strengths, due to an advanced age, are no longer suited to an adequate exercise of the Petrine ministry.”

Pope Benedict was elected to the papacy on April 19, 2005, succeeding the popular John Paul II.  In comparison with John Paul’s leadership, Benedict’s was considered slower-paced and more traditional, confronting issues such as homosexual marriage, birth control, and sexual abuse of minors.  In order to lead the world’s 1 billion-plus Catholics, Benedict said, “both strength of mind and body are necessary, strength which in the last few months, has deteriorated in me to the extent that I have had to recognize my incapacity to adequately fulfill the ministry entrusted to me.”

Other recent popes have felt that resignation is inappropriate, and many are commenting that the papacy is not a traditional job one can quit.  Several church leaders fear that this resignation may open the door for future popes to be pressured out of office by competing factions within the church.

Contenders to be his successor include Cardinal Angelo Scola, archbishop of Milan, Cardinal Christoph Schoenborn, the archbishop of Vienna, and Cardinal Marc Ouellet, the Canadian head of the Vatican’s office for bishops.  The election will be able to take place earlier than usual because the traditional mourning period following the death of a pope will not need to be observed, and many Catholics are taking comfort knowing there will be new pope by Easter.