All to play for as Man U take on Liverpool 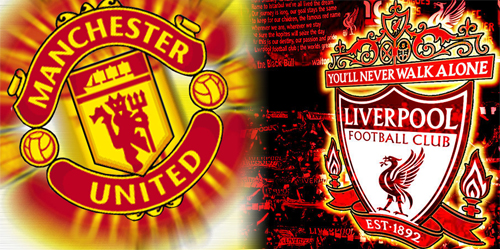 Manchester United FC travel to the fortress of Anfield Stadium on March 22 to do battle with arch rivals Liverpool FC, which could result in either of the teams claiming that all important fourth position in the Barclays Premier League. The stakes couldn’t be much higher as it could prove a decisive fixture in the battle to qualify for the UEFA Champions League.

Manchester United are currently in fourth position with 56 points from 29 out of 38 league matches played, while Liverpool FC lurk right behind them in fifth position with 54 points also from 29 out of 38 league matches played. Both Manchester United FC and Liverpool FC are fighting for a place in the top four in order to qualify for the UEFA Champions League for next season, which guarantees a huge pot of money. Both teams will feel they have a strong chance of winning the match after they both won their last matches.

Liverpool are said to be the most in-form team in the top flight right now. After their match against Manchester United at Old Trafford on December 13, 2014, where they lost 3-0, they have subsequently gone 13 league matches without losing. They are considered to be the favorites to win at home at Anfield against Manchester United, and their fans will be hoping for their manager, Brendan Rogers, to pick a strong side to face the Red Devils.

On the other hand, Manchester United, who have not been at all impressive throughout the Barclays Premier League season of 2014/2015, won their last match comfortably with a 3-0 win over Tottenham, in which they played well. This performance, in which last season’s flop Marouane Fellaini excelled, was considered by various football analysts to be their most impressive game of their Premier League season. With this win Manchester United will feel they have a better chance of winning the game against bitter rivals Liverpool at Anfield.

Whenever these two teams meet, it is always a classic match because both sides always play their best to ensure a win, and football analysts predicts that Liverpool have the odds to beat Louis Van Gaal’s Manchester United on Sunday, with a 2-1 victory. Manchester United, who have a difficult run of matches to play against the likes of Chelsea FC, local rivals Manchester City and Arsenal, before the end of the season, will be hoping for a win at Anfield in order to strengthen their position in the top four in order to qualify for the holy grail of the UEFA Champions League. And a win would give Manchester United 59 points, putting them five points clear of fifth place Liverpool, who are also hoping for a win to finish in the top four at the end of the season.