Oppose the Oppressor: An Inside Look into Unethical Business

Is ethical behaviour the reason that companies thrive in today’s environment, or is the exact opposite that pushes them towards success? Some companies use it as a powerful instrument for success, but the majority regard it as the tool of weak people.
But who engages in unethical behaviour inside a company? In whose interest is it to behave unfairly with the workers if all the books and experts say ethical behaviour is one of the most important rules in a company’s life? Probably nobody considers themselves to be unethical. They say, “I do it for the company,” “My boss told me to do so,” or “Everyone else does the same.” Very few dare to oppose people in higher positions, as you may be alone in this fight, or worse lose your job.

This summer I had the chance to experience the UK’s biggest coffee chain’s unethical system in Hungary. I consider myself a lucky person, in the sense that I wasn’t afraid of standing alone in any fight, or losing my job.

I was a barista for the summer. My duties were quite common in this position, like taking orders, making coffees, etc. We had our stock room where the fridges and freezers were placed, and every morning or night we had to take cakes or frozen pastries out. The company had strong regulations on how to treat these foods as their mishandling can be a very serious source of sickness.
One day someone left the freezer open by accident for a whole night. All the frozen pastries that were received the previous day were melted and had to be thrown in the trash. The day when this was noticed the operation manager set an amount of money that had to be paid to cover the company’s loss by those who were working in that shift. The amount was equal to the half of the gross selling price (selling price includes the VAT, the cost of the goods, the additional money spent on the goods and the profit on the goods).

Although I agreed on the decision that those who were working in that shift would have to pay, I could hardly agree on the amount that was set. Firstly, because this amount covered more than the amount that the company’s loss was on this affair. Secondly, I found it very unethical to make your employees pay the profit of the wasted goods that you never sold.

As employees have to sign invoices when the manager is away they are aware of the prices of all the goods. Thus I knew the exact price of the goods that were wasted. I calculated it and found that this amount was far less than the amount that was set to pay. I pointed out this calculation to the operation manager and the CEO, and asked them for an invoice on which I could see from point to point why we have to pay this amount. No answer was received for a long time, until my manager told me she needed to talk to me.

The CEO gave a response to her orally and told her to pass it on to me. He said “I don’t know who this girl is but she is too young to ask for such things. Tell her to stay quiet, otherwise I won’t mind firing her immediately.“

This response gave me quite a lot confidence to continue the negotiation with him, but one lawyer pointed out to me that the amount involved doesn’t make this case worth being taken to the court, even if I would probably win it, so I decided to leave it.

However, I felt sorry for not being able to change anything in this unfair system. I had to realize that everything we do, even the slightest thing we do, can have a ripple effect. A few days after this happened my manager who supported me told me she finally quit the company. She told me this company has always been like this, but nobody opposed them before, not even her. This made her very frustrated, but she never dared to quit. Now she is working for a company where she enjoys her job. My other colleague and I quit too. This ended up causing many difficulties for the company, because on average 10-15 employees leave this company on a monthly basis. 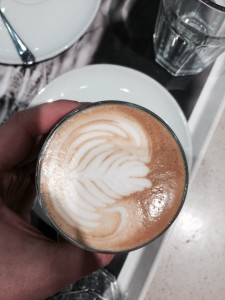