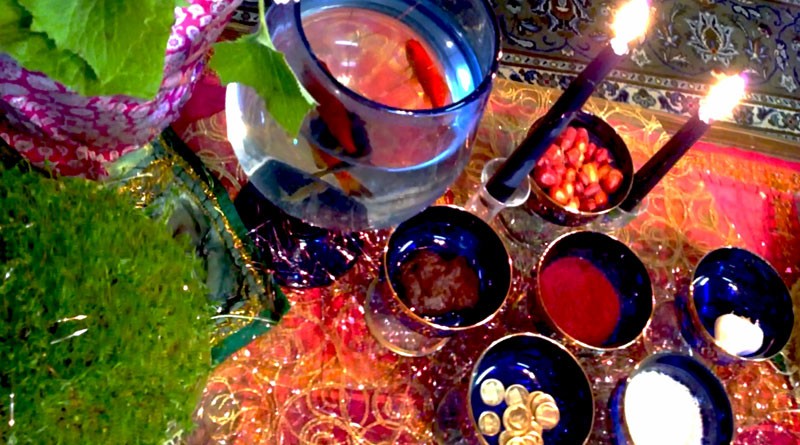 The New Year festivities or known to Persians as Nowruz, is one of the oldest remnants of antiquity. On March 21st, every new year changes by 6 hours. Celebrating into the first days of spring,where clouds are beginning to part, plants are starting to bud and the air has that certain hint of freshness to it, are alone indications that the New Year is fast approaching.

Norouz is a time of celebration, marking the yearly cycle of the seasons, it is also represented by the ideas of birth and growth. It is not just Iran that celebrates within this type of year, all the Iranians and Afghani Tajikistani in different ethnic groups celebrate it. It is probably the most joyful and important time to all Iranians. With great feasts and a time to rejoice, Nowruz is by far the most elaborate celebration in Iran. 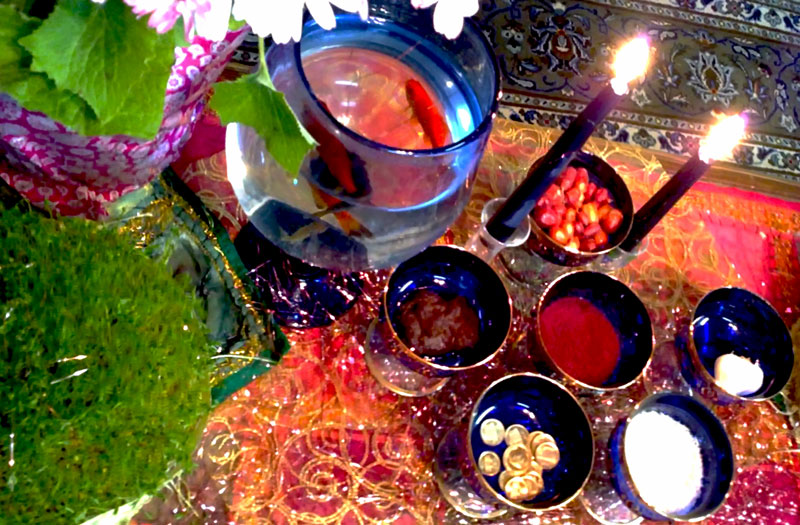 Following within it’s traditions, Norouz is a new beginning. Preparations for the ceremonies include a new spring-cleaning of each household, where all the family members come together and help cleanse the new environment. New clothes are also bought by each member of the family and are worn on New Years day.

The traditions of Nowruz nowadays are as followed:

Popular table, which is an arranged table with seven items, initially starting with Seen (the fourteenths letter of Persian alphabet). 1-Sabzeh (germinated grains) 6. Sonbol (hyacinth) 3. Samanu (wheat dessert) 5. Senjed (small fruit of lotus tree) 2. Sekeh (coins) 7. Seer (garlic) 8. Serkeh (vinegar) 4.Seeb (apple) plus mirrors, candleholders, candles, holy book, painted eggs, alive fish and sweets.  People believe that these items bring luck, health and fertilities to the families. When the clock strikes and it is time to enter into the New Year, everyone embraces each other with words of hope and affability for the year to come.

Gifting, is an act in which parents give a donation of small money to their children. The money is usually presented in new paper. The money is then unfolded and before the New Year is received from the bank. They believe by giving this gift they are teaching their children to be generous in life.

The New Years celebrations start on March 21th and end on April 2nd. Although it is a long period to celebrate, only the first 4 days are seen as national holidays in Iran. Iranians overseas still show their love for their nation by getting together at different events, making sure they follow the traditions and keeping its meaning alive.

A mother, a wife, and a human being – the historical life of Queen Elizabeth