Is del Toro’s most recent Oscar nominee movie worth watching? 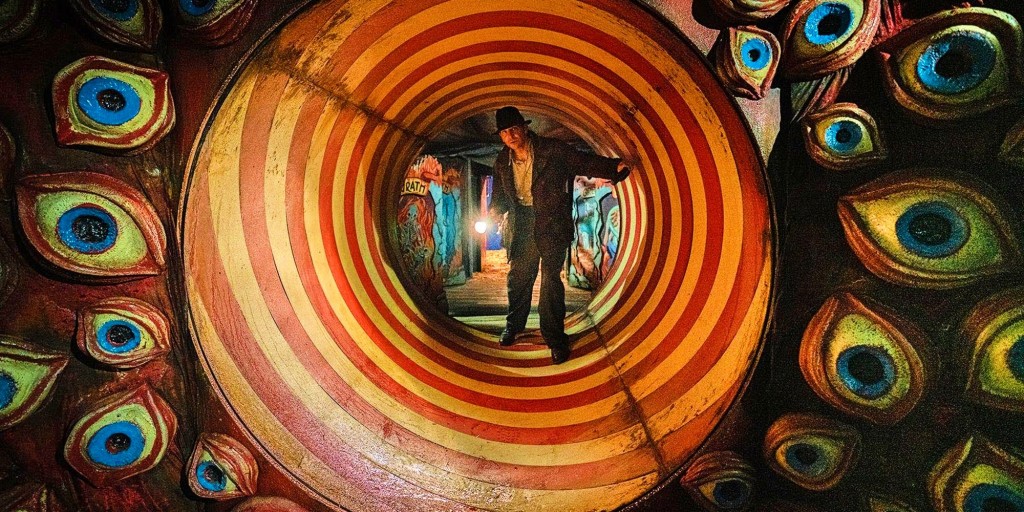 Nightmare Alley is Guillermo del Toro’s latest movie starring Bradley Cooper, Cate Blanchett, and many others. It is the director’s next big-budget movie after his 2017 Oscar winner, The Shape of Water. It is a classic del Toro movie with all the suspense, film noir, and mystery, but it is not as supernatural. Here all magic is just human trickery.

It all starts with Stanton (played by Bradley Cooper), a manipulative man with daddy issues entering a carnival, after killing and setting an unknown person on fire while smoking a cigarette. At the said carnival, the stomach-turning plot begins when we witness a so-called “geek” eat a live chicken after being starved for who knows how long. After that marvelous, inhumane show, Stanton starts working for the carnival as he needs money and a place to stay. He is offered dirty and hard work for very little money, but he gets much more out of that place than he originally plans to. He falls in love with Molly (one of the performers) and helps her perfect her trick while also learning secrets from Pete, who has constructed a trick that makes it seem like he can read minds. Stanton later gets Pete out of the way and earns the secret notebook, which becomes the key to his door to success. Along the way to perfection and success, he loses it for money and becomes attached to Lilith Ritter (Cate Blanchett), the psychologist who is the devil herself. They together try to manipulate a millionaire for a lot of money, but it turns out nothing is the way Stanton thought it was, and his life starts to go downhill from there.

The movie is an adaptation of the 1946 novel written by William Lindsay Gresham. It was first adapted in 1947, with Edmund Goulding being the director and Tyrone Power taking on the role of Stan, who is played by Bradley Cooper in the recent version. Both Cooper and Blanchett lied up to the expectations with their acting, but I especially loved the performance of Rooney Mara, who played the betrayed Molly.

It might not be Del Toro’s best work, but I do recommend watching it on the big screen while you can or even at the comfort of your home.