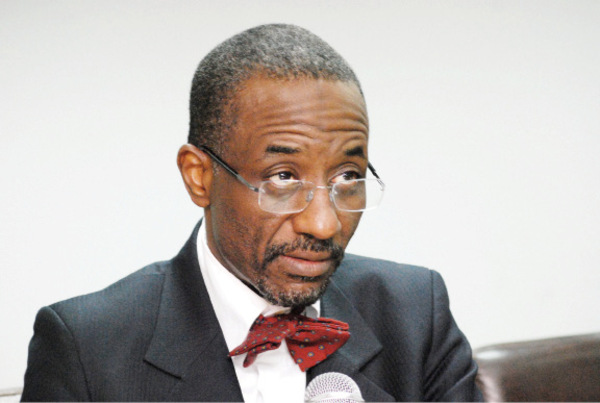 The President of the Federal Republic of Nigeria announced the dismissal of the progressive Governor of the Central Bank of Nigeria, Mr. Sanusi Lamido Sanusi, on February 20. Interestingly, this suspension occurred just a week after Sanusi revealed that $20 billion had been stolen from the Nigerian Petroleum Ministry.

However, the suspension of the CBN Governor was carried out illegally by the President of Nigeria, Goodluck Jonathan, as it is against the Central Bank of Nigeria (CBN) Constitution for the President to remove or suspend the Governor, his Deputy or the Directors of CBN. The President can only dismiss the Governor and others if there is approval from two thirds of the Senate, according to section 11(2) of the Act which clearly states, “The CBN Governor, Deputy Governor or Director Shall (Only) Cease To Hold Office In The Central Bank If He: (f) Is Removed By The President, Provided That The Governor Shall Be Supported By Two-Third Majority of The Senate Praying That He Be So Removed.”

The President failed to forward his accusation of Mr. Sanusi Lamido Sanusi to the House of Senate and took the decision upon himself, which was illegal. After the President sacked the acting Governor of CBN, he then urged Sarah Alade to start her work immediately as the new acting Governor. Alade will now hold this position in CBN until “the conclusion of on-going investigations into breaches of enabling laws, due process and mandate of the CBN”.

The opposing party condemns the suspension of Sanusi Lamido Sanusi. They claim that what the President did was an unlawful and illegal act, now urging President Jonathan to withdraw his accusations and let Mr. Sanusi resume his position in office as quickly as possible.

According to Alh. Ado Bayaro, the current Emir of Kano in Nigeria, “It is an abuse of the rule of law and that Federal Government should as a matter sincerity study the situation and apply justice in the matter”. He added that Sanusi was suspended because he revealed the secret of corruption in Nigeria Petroleum Industry last week.