A New Face, A New Direction 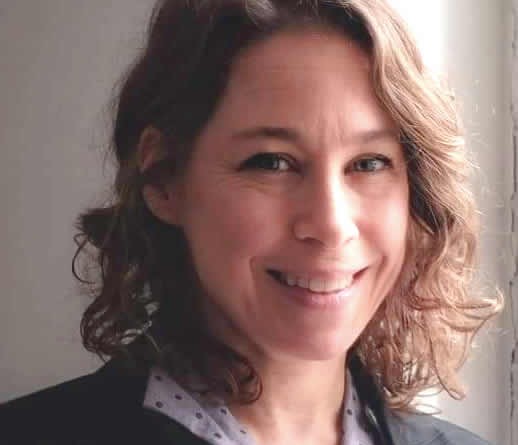 Check it – she speaks English, Polish, and Hungarian fluently; she has also studied Serbian, Bosnian, Croatian, French and Yiddish, and can read Russian and Italian.

She was born and raised in West Philadelphia – which if by my rough reporting and accounting (and please don’t kill me for age estimation) – wasn’t an easy ride, and to someone like me, the glint in those highly intelligent blue eyes tells me that she’s survived just fine.

She holds degrees from both Harvard University and New York University; she’s taught or been given fellowships at Parsons School of Design, Rutgers University, NYU, Harvard, Ohio State, Budapest Metropolitan University, CEU, and others. Go ahead, if you don’t know those names, and take a second to look them up.

Her answers are concise, and well thought out – she has no problem telling me to wait a moment as she formulates her responses or her own queries; a remarkably respectable trait that few people employ.

Although formally schooled in Comparative Literature with a Slavic focus, Dr. Labov’s passion is the literature of those Central European countries that were swallowed up by the enormity of everything that was built upon the foundations of Kievan Rus; Poland and Hungary and Czechoslovakia, Slovenia and Ukraine, among others. A lateral leap a few years ago into the digital humanities – the applied use of data analytics in fields like literature and philosophy – broadened her academic horizons, and let’s not forget having been a facilitator in student experiences among her list of achievements.

She’s passionate. She’s competitive. She embraces challenges. These are all assumptions I am making based upon my observations of her, but I’d be willing to bet that I’m correct. She answers my questions sharply yet politically – I approve. She is neither condescending nor dismissive and is fully engaged. It is obvious by her presence and questions at the Student Advisory Council meetings that she seeks to understand, she wants to roll her sleeves up and participate with us. Her inquiries aren’t passive-aggressive aspersions of doubt, but valid observations that seek to inform or improve: something refreshing.

She knows digital media – something that’s become a must-have tool for those entering the workforce in anything to do with almost everything. Governments, NGO’s, Corporations, Mom & Pop shops – all need digital media. With plans to add some classes to the Communications department at McDaniel, Dr. Labov has a whole set of skills that the student body can learn from. Literature, Digital Media, Data Architecture, History, Languages – there’s no end to the intellectual arsenal she’s packing.

Even better, she isn’t going to be limited to the classroom. As many of you already know, she will also be part of the student experience, working alongside Dr. Matthew Adamson to continue creating and improving upon the academic and student life infrastructure at McDaniel. Already busy, she’s enlisted herself as the faculty advisor for The Lavender Club (named after the Lavender Scare, an anti-gay movement in the United States that paralleled McCarthyism), McDaniel Budapest’s LGBTQ+ association, and volunteered to help with the first season of McDaniel Budapest’s IG TV, hosted by our very own Mahsa Torkzedeh.