Neknomination: having fun, killing people or both? 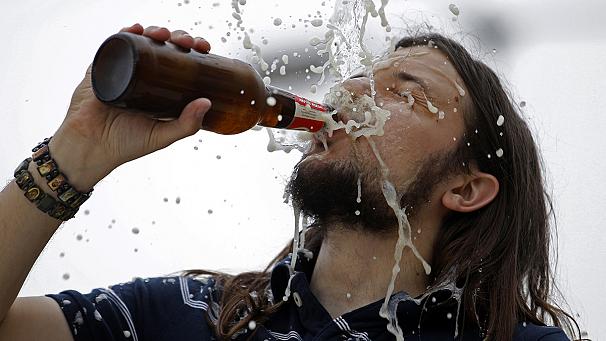 A viral drinking game named neknomination, which involves drinking dangerous quantities of alcohol in less than one minute and then nominating someone to go next, originally started in Australia but spread by social media all over the world. It has already killed four people and police have warned of the “catastrophic dangers” of this New Year’s trend.

It started as a game in January 2014 but it has already claimed four victims, all men under 30. A medical advisor says that because alcohol is involved, and the participants usually drink something else before video taping their neknomination, it makes them unaware of the dangers and risks they have taken.

The first victim was a 20-year-old man from Great Britain who collapsed on the February 8 after drinking a cocktail of wine, whiskey, vodka and lager. Also two young men from Ireland died after binge drinking a large amount of alcohol, as well as a 29-year-old man. All of four men died this month.

Rescue teams in Dunbar, East Lothian, declared this crazy booze game as “stupid”. A Humber Coastguard watch manager, Bev Allen, also noted that, “NekNominate is spreading virally, but before accepting your mission please just stop and think about what you are doing. Your acceptance of the dare is highly likely to be life-threatening.”

The game consists of mixing different types of alcohol into one and drinking the lethal mix as fast as possible and then nominating three people to repeat the alcoholic feat. The video must be uploaded to different social media such as Facebook, twitter or YouTube. The nominated people have to complete their drinking in the next 24 hours.

How many people should die in order to make others stop “playing” it?