The Musou community, a matriarchy in the 21st century

In today’s world, matriarchal communities where women rule still exist, even though we do not hear much about them, Traditions and customs are different everywhere, but all these societies have one thing in common: women have a significant role in the community.

One of the very few examples is in a hidden corner of southwest China. A special culture makes this place miraculous. The ancient tribal Mosuo ethnic group, which is often called China’s ‘last matrilineal society’, lives around Lake Luga, surrounded by the Himalayas. 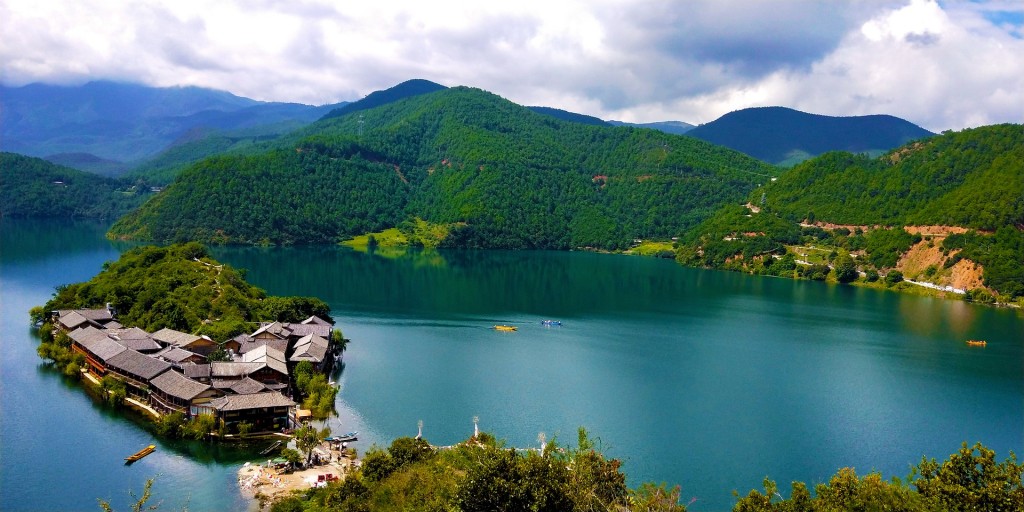 Unlike patriarchal cultures, in the Mosuo community, women own and inherit property, giving them significant power over men. Although inheritance occurs through a female line, women do not play a full leading role here. In political power, men are mostly involved, while women are the heads of family life and the household.

Some sociologists argue that in matriarchies, women have the power and authority, and they dominate men. However, others say, a community where the oldest woman is the head of the family with descent traced through the female line is also called matriarchy.

The Mosuo girls learn from a very young age about the roles that they are going to play in the future. Women do all the housework, and they used to produce all their own household goods. However, due to the increasing trade in the area, women do not need to address the production. Karolin Klüppel, a photographer who spent time with the Mosuo community to document their lives, said, “Their bodies are really tense with power. I realized that physical strength really depends on what you do with your body – the women have more strength than the men!”

In addition to the traditional roles, women often participate in barn dances held for tourists and rent out inns. One of the dancers, the 34-year old Nazhu Zhouma said “everyone in the family does what they are best at. My mom feeds the pigs and chickens. I take care of relations with the businessmen, and paperwork for the inn, such as permits and contracts.”

It is a common misconception that Mosuo men have no duties within the society, but this is not true. Men play a significant role in helping to raise their siblings’ children. At the same time, they build houses and are responsible for fishing. Besides, they are also in charge of everything related to death, for example slaughtering the livestock and organizing funerals.

I walk the line: the walking marriage system

One of the most exclusive elements of their culture is the ‘walking marriage’ system. The couples do not live together, men can visit the beloved woman only at night, but they must leave before sunrise. “I had to sneak into her home after her family had gone to sleep around midnight or 1 a.m.,” Nazhu’s husband Zhaba recalls, “and leave at around 5 or 6 a.m. before they woke up.”

Aside from the nights, men live with their own extensive maternal family. Men are not involved in the upbringing of their children because they live in a separate household. Sometimes children do not know who their father is, but other family members help the mother. Children are raised primarily by mothers and grandmothers, but aunts and uncles also play a remarkable role.

Having children is a central value in the community. A woman becomes ‘complete’ when she gives birth to a child and becomes a mother. If a woman cannot bear a child for medical reasons, the couple can choose to adopt. The adoption occurs mostly within the society, from an aunt or another family, but sometimes from outside the community.

In Chinese Han society, social status, job position, and finances significantly influence whom to choose as a partner. In contrast, the relationship between Mosuo people is based solely on love. Women can choose any number of partners in their lives for which others do not judge them. Nevertheless, many remain loyal to one person. The positive outcome of this habit is that couples would not stay together just because of parenting or finances. Instead, relationships last as long as love.

The particular culture of the Mosuo people has made this area a tourist destination in recent years. Plenty of travelers visit the place, mostly coming from other parts of China. As a result, however, cultural erosion threatens society.

People from the younger generations often marry someone outside the community. As a result, ‘walking marriage’ loses its value because other societies have different family traditions, and Mosuos do not insist on preserving these customs. These young people often leave their families behind and move to larger cities to have more possibilities. However, the nearest senior school is 100 km away, making it very hard to become competitive in the labor market outside the area. Usually, those who stay build a career in tourism, which is becoming an increasingly profitable field.

Mosuo tour guide Geze Douji explains that the community faces psychological pressure as tourists look down upon them. They are misunderstood and often seen as primitive. “Many people say: ‘You’re so backward, now that you’ve met advanced people like us, why do you still practice these walking marriages?’” he continues. “It makes me furious. We feel we have no way to interact with outsiders on an equal footing.”

Young people no longer necessarily follow the path set by their parents. The community has started a transition. The Mosuos live in a country that is changing rapidly, but where feminism is becoming more prevalent. Nevertheless, many Mosuo people are worried that their culture will no longer exist in a few decades.