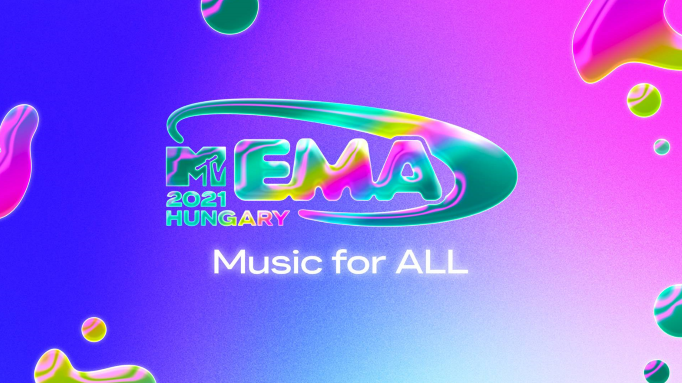 The 2021 MTV Europe Music Awards that took place November 14 in Budapest was a celebration of LGBTQI+ and Ed Sheeran, mostly.
The British singer-songwriter Ed Sheeran received two notable prizes, Best Artist and Best Song, and was also present throughout the show with not one but two performances. The act to scoop the most awards was the South-Korean group BTS, with a total of four awards, but the honors were only briefly announced and responded to with a video greeting that washed away in the noise of the audience. Perhaps the most celebrated award was this year’s Generation Change Award, introduced remotely by Drew Barrymore and handed over to the LGBTQI+ activists from Hungary, the United States, Iraq, Nigeria, and Brazil.

“My dearest Hungarian LGBTQI+ siblings, this award goes to all of you,” said Viktória Radványi, from the Budapest Pride organization, while accepting the prize. In her speech, she promoted self-organising, voting, and taking care of each other. “Let’s show those together who want to deny our rights and want to take away our freedom that our community is strong, united, and determined.”
This was the first time in EMA’s 26-year-old history that Hungary fully hosted the awards. Last year, the ceremony was conducted remotely from Budapest and London simultaneously. This year’s show was close to being switched to a new location after the adoption of and attention drawn to Hungary’s much debated anti- LGBTQI+ law. However, Chris McCarthy, MTV Entertainment Group Worldwide President and Chief Executive, came up with a different solution after consulting with local activists and giving it some thought.
“The decision was very clear to all of us. We should not move the event,” McCarthy commented ahead of the event in October. “Instead, we should move forward, using the show as an opportunity to stand in solidarity with the LGBTQI+ community in Hungary and around the world as we continue to fight for equality for all.”

The opportunity was taken and statements for equality made throughout the evening. This year’s host, the American rap-artist Saweetie, led the way by calling for respect for one another. The statements then continued by Olly Alexander, the man behind British Electropop outfit Years and Years, slipping in a sneaky comment supporting Hungary’s Family is Family movement, while presenting the award for Best Video. In his acceptance speech for Best Alternative artist, British singer YUNGBLUD excited the crowd with words of encouragement: “If you are out there and you feel like you cannot be who you are, you can be! Keep fighting, keep being brilliant. Your imagination and your individuality is the best thing you can have.”

I would believe him since he then went on to close the evening in a stage-wrecking spectacle. In between this closing act, and the opening act by Ed Sheeran, performances included Saweetie, Imagine Dragons, Griff, Girl in Red, Maluma, Kim Petras, and the Italian Eurovision sensation Måneskin. Kim Petras was the first ever our trans performer in the award show, which will go down in MTV EMA’s history as a step towards trans equality.