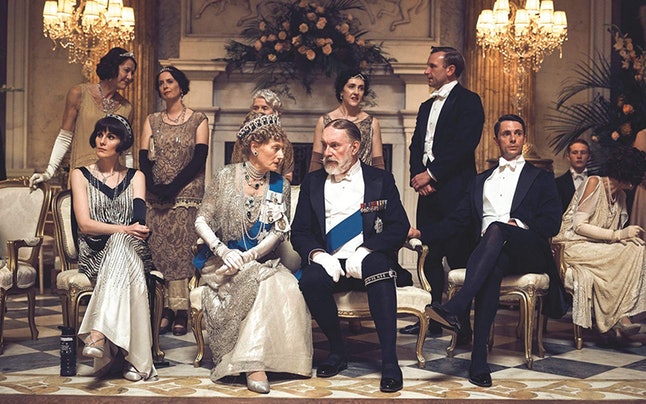 Lovers of Downton Abbey have been waiting for this moment for over three years, since the popular six-season series ended in 2015. The movie and the series feature incredible, well-known British actors, such as the renowned Maggie Smith who, in my opinion, plays the most remarkable character in the whole series/movie. This movie is made for lovers of British society and history, and not for the ones looking to find themselves facing a good British thriller. The movie came out in the UK on the 13th of September 2019, in the US on the 20th of September, and in Hungary on the 12th!

The series is about a beautiful estate, called Downton Abbey, and the life of its inhabitants during the First World War. Even if the owners of the estate were of nobility, at that time in history it was very hard for them to be able to keep a large household with all the servants they require, as well as being able to maintain the physical structure of their house and most importantly, keep living to the expectations of high society (and this with three young daughters). I would consider this series as the Pride and Prejudice of their time, showing the United Kingdom as the advanced country it was contrasted with its backward societal norms and values. Whereas in France, royalists and families that would be nobility if not for the French Revolution, nourish themselves with books and movies of the old times to feel special and respected; in the UK movies like this reflect the actuality of this world, something that is well hidden to the foreign eye, but still very much present…

The movie came into existence shortly after the end of the series, as producer Julian Fellowes started working on a script so that he could propose a movie adaptation to the beloved television show. The inhabitants of Downton Abbey were to receive the honour of welcoming the King and Queen of England for their royal tour of the British countryside. Even if fictitious, the plot does use the real fact that the Royal family did go to Wentworth Woodhouse in an attempt to rally support for the monarchy. Some of the final scenes of the movie (a special ball to which the owners of Downton Abbey were invited) are shot at the actual Wentworth Woodhouse, bringing a glimpse of authenticity to the movie. Another way in which the movie is authentic is through the costumes used for important occasions: balls, ceremonies, parades and dinners. They were manufactured by a London company called COSPROP that specialises in historical clothes, going as far as using actual material from one of Queen Mary’s dresses.

The movie has made about $152.7 million (www.the-numbers.com, October 15) worldwide with a budget of $13-20 million and a length of 122 minutes. The day we went to watch it, the theatre was full, and we were forced to sit in the second row, attesting to the popularity of the movie (even though it was in English with Hungarian subtitles!). As a fan of Downton Abbey, I did enjoy the movie because of the actors, the beauty of the scenery, and the plot. However, for those who have not seen the series– I was accompanied to the cinema by a friend who had no idea of the plot– it is very hard to understand who the characters are, as well as to whom the children and/or husbands belong to. To me, this movie felt like a longer episode that put a real end to the story of Downton Abbey and that gives peace to those who enjoyed the series so much. You will be able to find this movie in English with Hungarian subtitles at the Allee shopping centre, upstairs in the Cinema section!