With the help of Professor Harlov, the students from McDanielCollege were able to enjoy another spectacular attraction Budapest had to offer.

On February 22, the students of McDaniel College Budapest, including myself, met at Széll Kálmán tér on the Buda side of the city to participate in a walking tour of the BudapestCastle. It was a pretty small group, as only eight students confirmed to go, as well as Professor Harlov. The group met at exactly eleven in the morning and set off as planned, with the weather favorable to us. 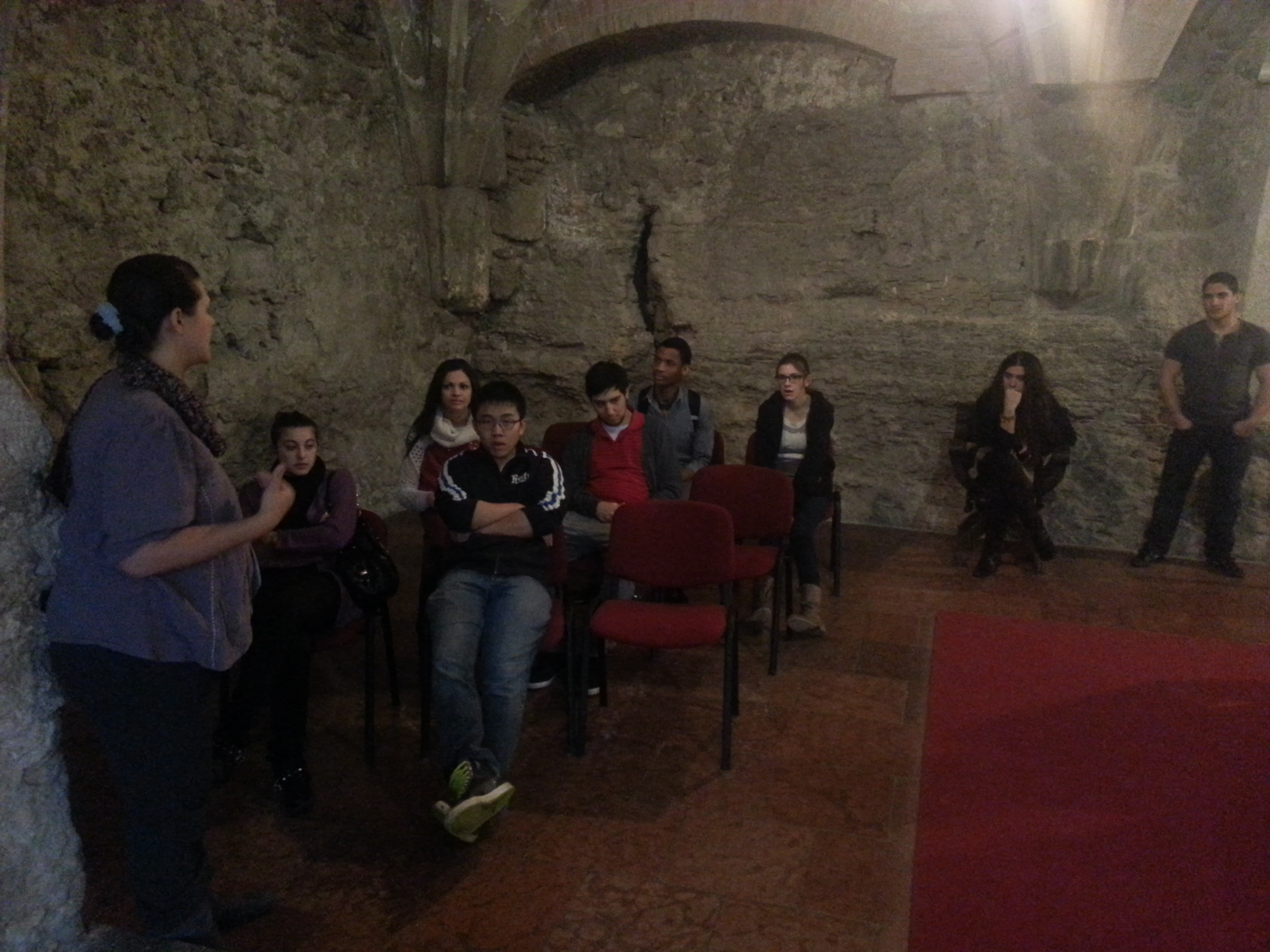 En route to the castle, we passed through the Hungarian National Archives where old, important texts are kept. We also walked by the Institute and Museum of Military History where different canons are set up and displayed outside of the building. Additionally, we passed through the Hungarian President’s office and residence, which was filled with various security guards.

The group reached the castle at around twelve in the afternoon, where we met Emese, our guide who conducted the whole castle tour. The first thing our guide pointed out was how important hills are in terms of building castles, explaining the importance of high land.  The tour then proceeded to the Albrecht cellar, which contained architectural elements from the 17th century. While in the cellar, there were some striking sculptures in the form of faces which were difficult to go unnoticed. According to our guide, the faces were made to protect the building and its inhabitants from evil spirits.

Walking lower into the castle, we also saw some beautiful tile ovens. These ovens had been created to help produce heat during the winter in medieval times. Unlike today, with the help of more advanced gas heating systems, the tile ovens were made out of clay and other materials which helped produce and conserve heat.  Today only few people still use tile ovens such as these in their houses and I am proud to say I have one in my small apartment where I stay.

After touring the basement, the group continued to the castle’s prison, which once held the famous King Matthias when he was at a very young age. The prison contained old armor and was very cold. In fact, some students had to plead with the tour guide to speed up the talking because they could not bear the freezing temperature.

Another interesting place the group got to see inside the castle was the southern wing. The southern wing had a very gothic room, which had been often used during the medieval period for art and theatre performances like dancing and play acting. Unfortunately, the southern wing was burnt down when the Turks invaded Hungary and so we were only able to see a reconstructed version of the wing. Nevertheless, it is still in use to this day to occasionally shoot movies and hold festivals.

The next stop was to see the castle’s chapel. Inside the chapel, the group had the opportunity to listen to some holy sacred tunes while Emese, the tour guide, explained the story behind the chapel, which was once used as a gun powder storage point as well as a Mosque when the Turks invaded Hungary. The tour came to a close as we lastly saw how the castle was rebuilt through pictures that were on display.

All in all, the tour was an interesting and profitable one, lasting roughly an hour and a half, and although the tour came to a close, some students continued to look around at other historical properties of the castle, taking the time to enjoy and appreciate the beauty the BudapestCastle had to offer.