McDaniel does Venice and Vienna, and for credit 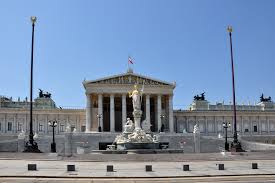 After the Mid-term exams, McDaniel College Budapest organized a “four days three nights” trip to Venice and Vienna, which was led by Professor Gabriella Szigethy and successful participants earned one credit along the way.

As you probably know, Venice is an historic city in northeastern Italy, which is formed out of a group of small islands, some of which are linked by bridges. The artworks and architecture of the city are listed as an UNESCO World Heritage Site. Vienna, the capital and largest city of Austria, is a classical musical mecca, the home of Freud, Sachertorte, famous coffee houses and imperious Habsburg architecture. In 2001, its historic city centre was designated a UNESCO World Heritage Site.

On the first day of the trip we piled our bags onto the bus and then set out for our first port of call: Venice. On the way to Venice, on the first leg of long journey, we saw fields and cottages located on the side of the highways before we left Hungary. If you want see different views of Hungary, you should take this trip so that you can see such scenery, which is very different from downtown Budapest. When we arrived in Venice, it was around 9 p.m. and we were so tired because we had spent 10 hours on the bus.

On the second day, we walked to the downtown; I must say Venice is absolutely beautiful and it felt so surreal crossing the river by bridge onto the island. It was not at all like Budapest with its wide streets. In Venice, we can see lots of narrow winding streets down which you can easily get lost. But don’t worry and go with the flow as you can find many new gems in those winding streets. For example, I happened upon artisans making azure stone handicrafts when I was trying to find my way. 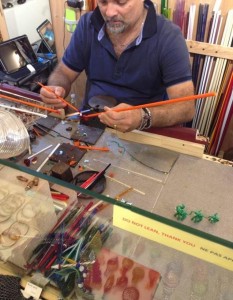 When we finished our two-day visit to Venice, we took the bus and headed to Vienna. The Austrian capital was vastly different to Venice. The weather in Venice had been very nice for the most part, but in Vienna it was raining all day, although I still loved this elegant and magnificent city.

One of my two favorite places in Vienna was Schonbrunn Palace. Here we were guided by the audio guide and walked around the majestic palace, where we saw extensive collection of exhibits about the former royal family. My other favorite place was Karlsplatzchurch. I liked this church’s roof because when I stood in the nave and looked up at the roof, it made me think that I was standing in a cave, as the paintings on the ceiling were in darker and darker colors. I could not see very clearly because it was too far away from me and what I saw was just fragments of darker layers over another dark layer. However, when we took the elevator and got close to the roof, I saw the paintings on its walls were angels or humans. I saw that all the angels and humans were not the same, so I believe they all had their own stories. 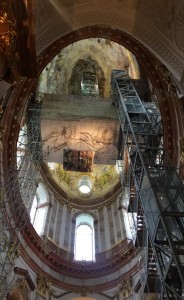 That night we had dinner together with all members of the group and we had a very good time together. Overall, this trip may be tiring, but you can also learn a lot. You can make lot of new friends and acquire lots of knowledge from this trip.