McDaniel does the Hungarian Parliament

Professor Melinda Harlov organized a guided tour in English to the biggest local investment of the 1880s; the Hungarian Parliament at Kossuth Lajos ter in Budapest.

As it was a free tour, we had to register for it and received two different emails, one confirming and the other one was a Hungarian email with a map attached. The meeting point was in front of the map next to the bakery shop in Kossuth Lajos ter metro station (red line) on the top of the elevator at 12.30 on Sunday, September 22. However, the map attached to the Hungarian email pointed out one edge of the Parliament and caused about half of the group to arrive at the ‘misled’ meeting point.

The tour starts at 1pm, and we successfully met up 5minutes ahead. There were 17 of us who attended the trip and about half of them from the main campus.

As the tour begun, we realized it was not what we expected. No small groups with our professor leading, but a huge group with a guide taking us around the Parliament. It was a student tour (considering only our parts).

Before actually entering the side door of the Parliament, we had to line up and go through the procedure so called—security check, like what we usually experience when we travel with airplane. 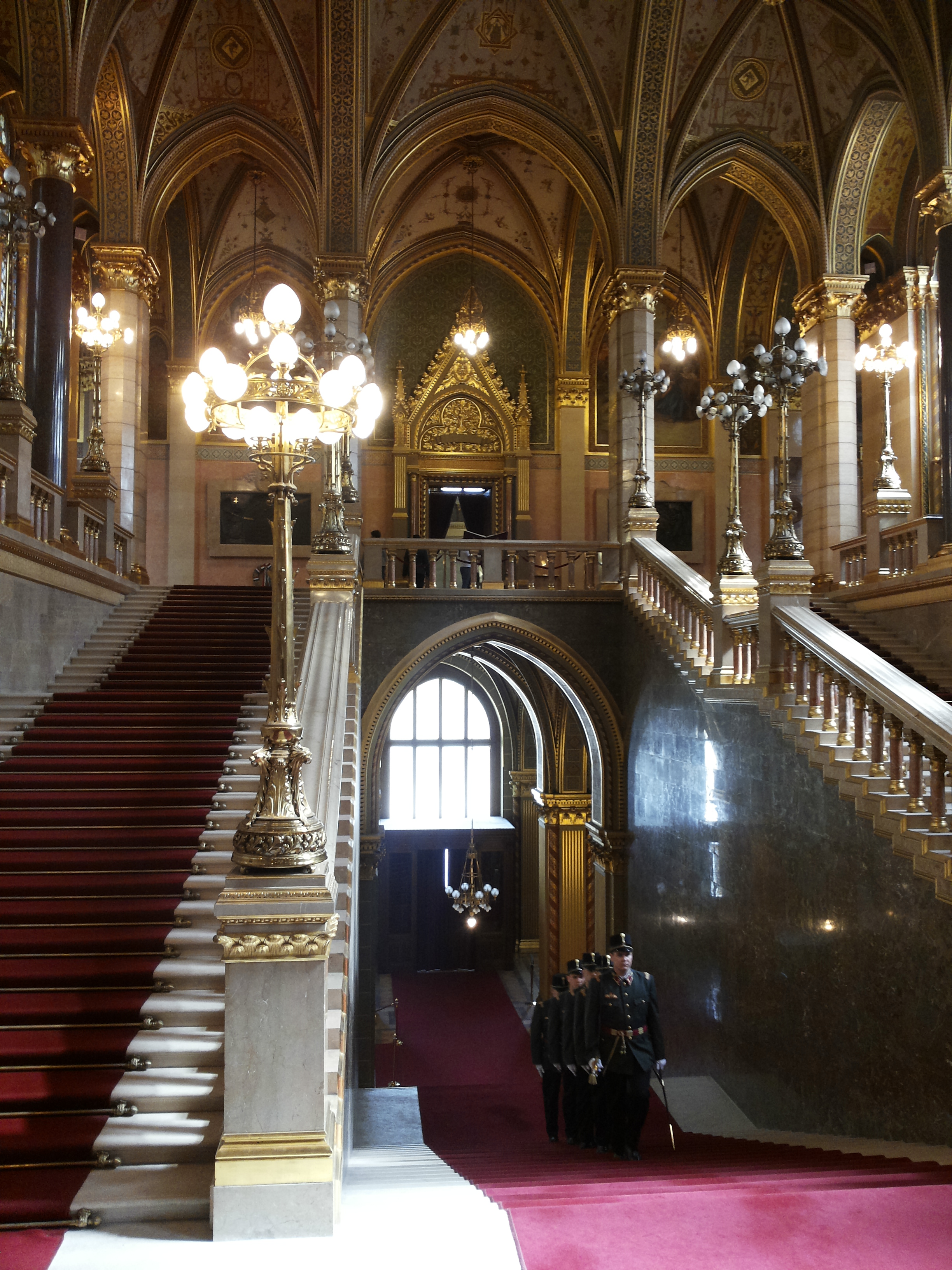 Right after it, the guide gave an introduction to the tour, showing us the main entrance of the Parliament, the match-built small-sized Parliament (about 125 times smaller) and we were welcomed by a performance of the guards.

The tour lasted for approximately 75 minutes, and we were guided through all the marvelous rooms and corridors of the Parliament. Throughout the description of the guide, we’ve learned that there were 99 staircases counting from the main entrance, and the long corridor that used up 3km of red carpets to cover.

The entire building is decorated with wall paintings, carpet paintings, and statues. In the Dome Hall, the statues were representatives of the greatest men (except for one woman statue) of Hungarian history. The Hungarian coronation jewels, such as the Holy Crown was also presented in the Dome Hall.

The last stop was the National Assembly Hall, which had about 400 seats each attached with 4 buttons and a speaker. The hall had small sections for journalists and about 200 places in the upper floor for the Hungarian public.

By the end of the tour, we were led out by the back staircase (probably the servants’ staircase) and left the building. 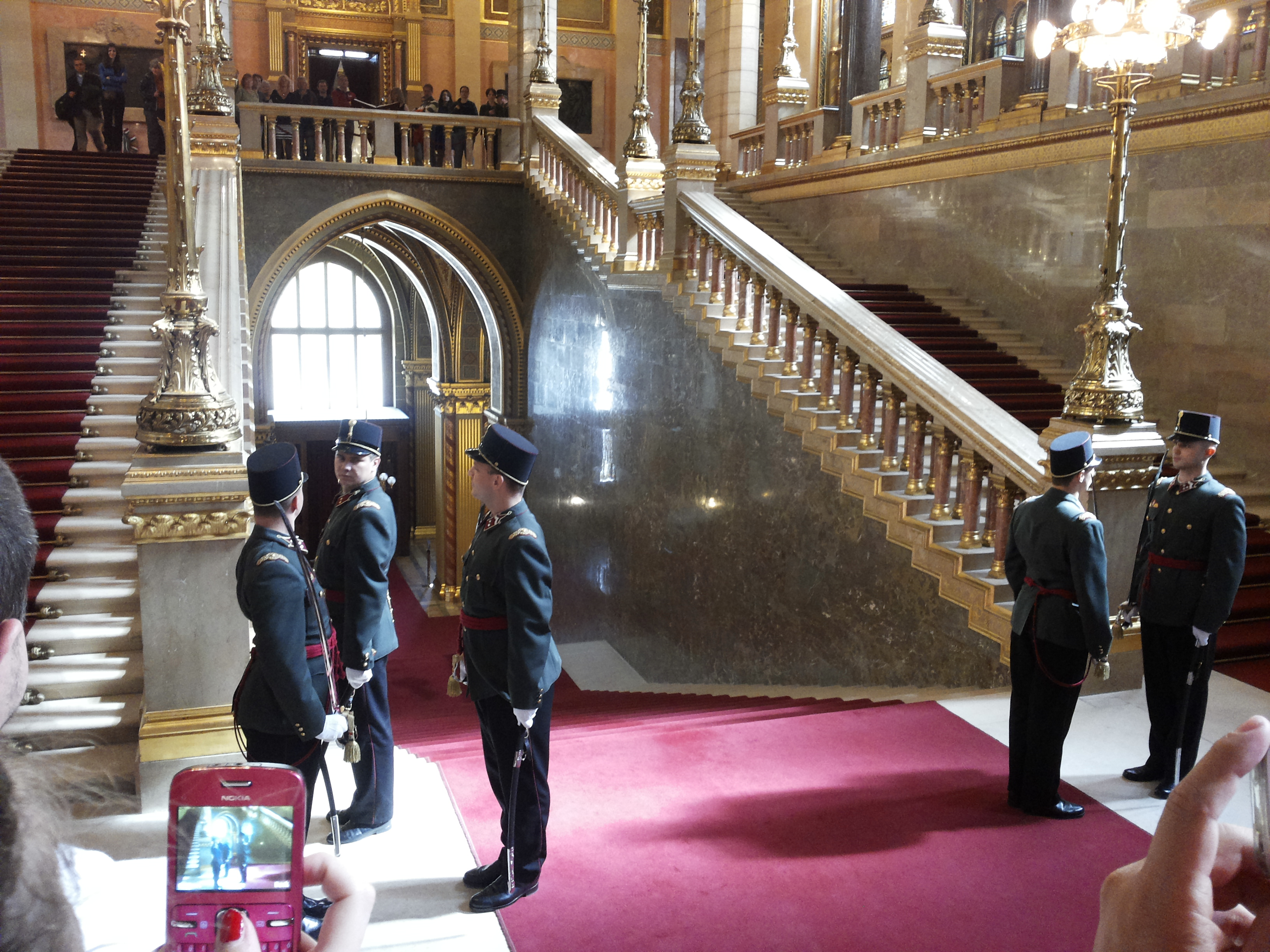 It was a very interesting tour that’s highly recommended for all who are keen to see the Hungarian architecture and learn about its history.