On March 10, 2022, in the spring semester McDaniel College Budapest study abroad students embarked on their first two-day study tour led by art professor Gabriella Szigethy, a Pécs native. Arriving at their destination midday, the first stop for the students was the Pécs TV Tower. The 197-meter tower provided the students with a beautiful view of the city and the landscape surrounding it. 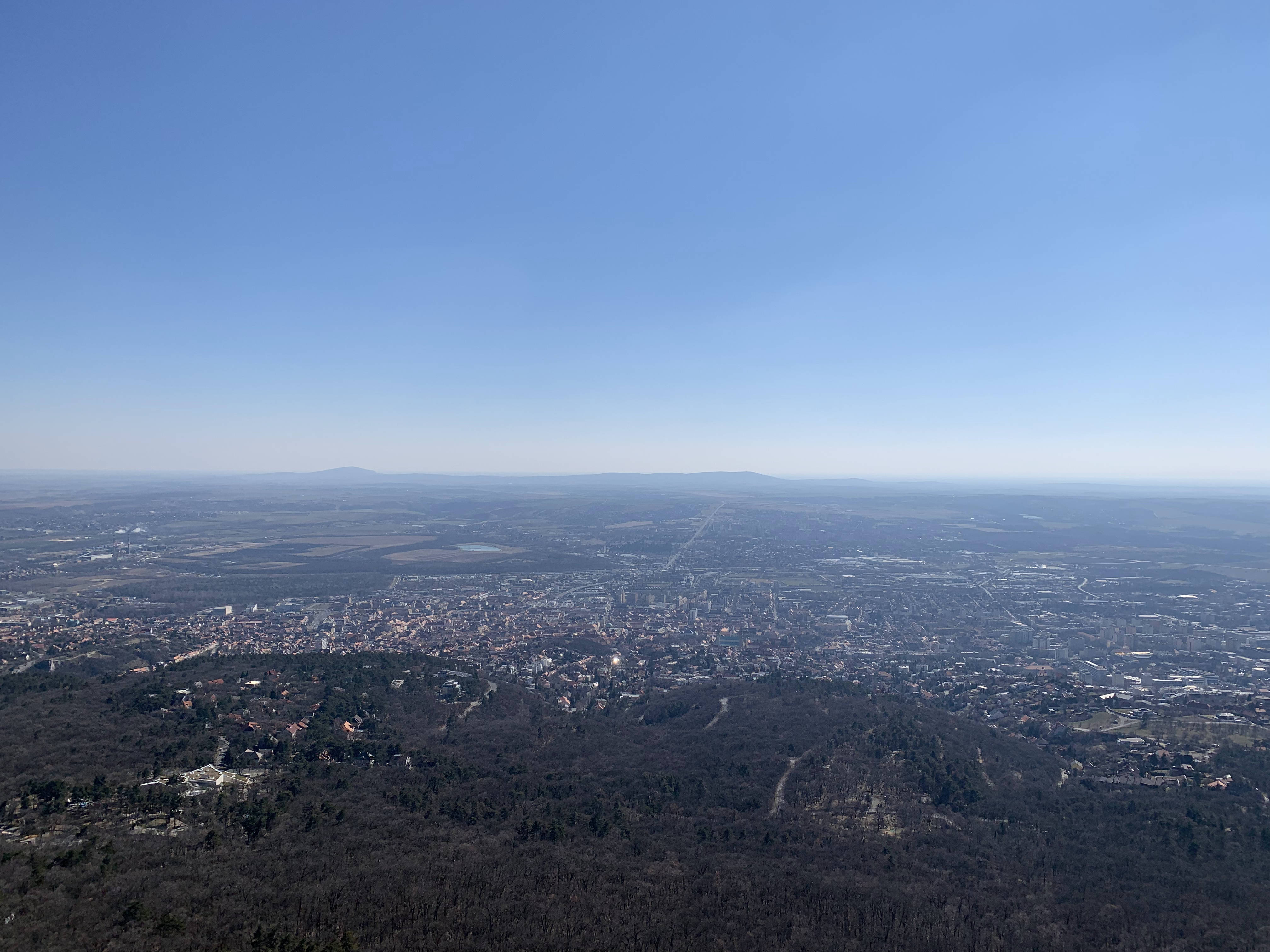 The students then checked into the historic Hotel Palatinus, known for its interior and exterior grandiose. The hotel is built in the heart of Pécs which allowed for easy access to the downtown portion of the city.

After freshening up for a short period of time, Professor Szigethy would begin the art-centered tour with the Mosque of Pasha Qasim, which is a relic of the Ottoman Empire and is now a catholic church. The interior murals scream ancient regality, with depictions of Turkish incursions and intricate ceiling patterns. The students were shown how the base structure of the mosque never changed. The building itself did undergo major renovations which also was true of the Pécs Cathedral, another destination the students visited. 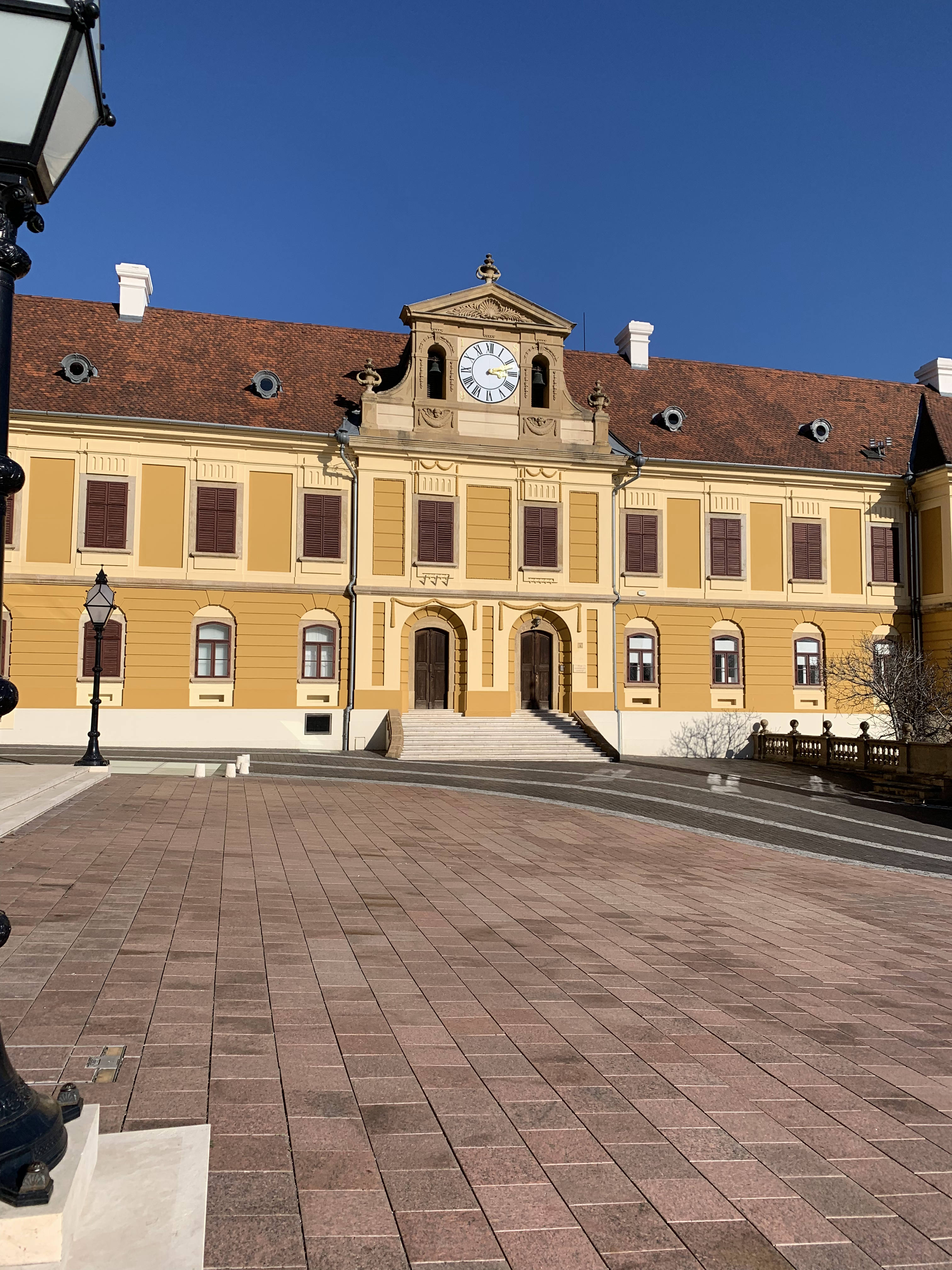 The Cathedral of Pécs – picture taken by Yarbrough Laws

Architecture is not the only art present in Pécs, as there are quite a few museums that are worth visiting.

The first is the Zsolnay Museum, a vast walking exhibit of porcelain products that are coveted as the best and most famous in the country. Professor Szigethy even said, “if you are Hungarian, you have some Zsolnay in your family.” This goes to show the worth and cultural value that the porcelain has in the country.

Another stop for the students was the Csontváry Museum, home to Tivadar Csontváry Kosztka and his 19th to 20th-century works of art. These paintings are a huge part of Hungarian history and background. Often his works are synonymous with the past and future of Hungarians, alongside his famous biblical depictions.

On the second day of the study tour, the students visited the Victor Vasarely Museum, a huge exhibit dedicated to the illusion art of Vasarely. The art almost seems like it is moving and has a techno feel to it, even though it was created before the digital era. Students learned that Vasarely was more of a designer than a quilter or laborer in his art. Professor Szigethy brought up the point that “oftentimes we do not know about the people who worked on these pieces of art, only the famous name, and their design.”

As the final stop on the study tour, the students visited the Early Christian Burial Chapel and Graves. Essentially it is an underground crypt that allows you to observe from above on scaling or below deeper into the preserved Roman burial grounds. Pécs at one point was occupied by the Roman Empire, so that influence and history never left the city.

The second study tour was taking place from Friday, April 8 until Sunday, April 10, in Eger and Tokaj, so be on the lookout for the next recap.