Lecture on personal experience with UNHCR: travelling beyond borders with Igor Ciobanu

Mr. Igor Ciobanu a Veteran of the United Nations refugee agency was kind enough to visit our college and gave us a brief lecture of some of his experiences working for the United Nations. As a father and a professional in his field, he has experienced some of the best and worst cases scenarios of providing aid and assistance to people in desperate need of help. In terms of working for the UN refugee agency, he has functioned as humanitarian personnel in various countries like Moldova, Kosovo, The Republic of Macedonia, Uganda, South Sudan and Kyrgyzstan. 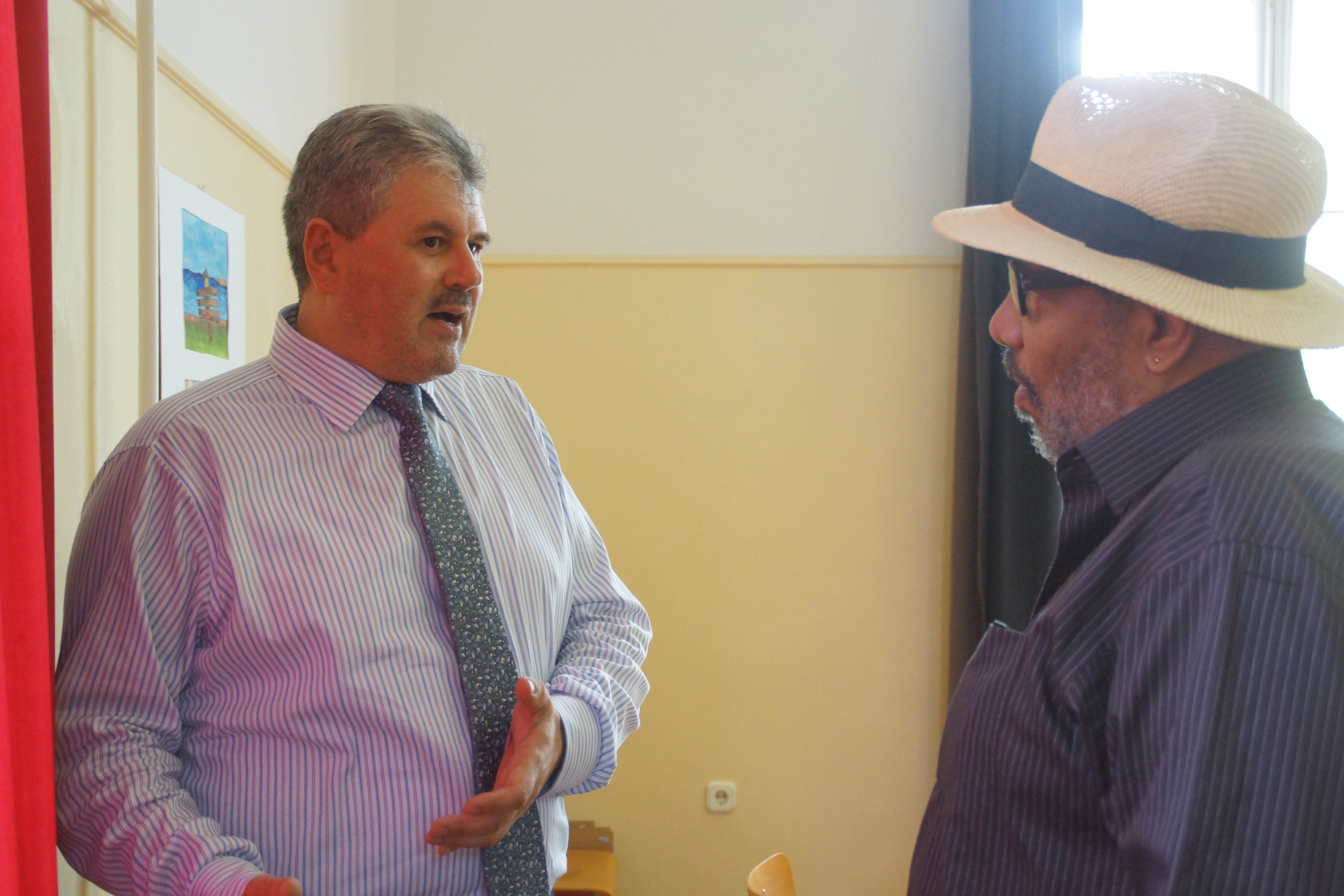 Before the lecture, Mr. Ciobanu gave a brief introduction about himself and his career. Earlier on in his career, he worked at the Ministry of Justice then at the Ministry of Foreign Affairs of Moldova. Also he taught as a lecturer at the Free International University of Moldova. He further described how  he loved teaching students, how he elaborated the first half year course on Human Rights in 1995-96, and enjoyed to be surrounded by them. Interestingly, Mr. Igor has had to suspend his PhD studies on human rights at the University of Bucharest,Romania due to his work with UNHCR but which he proudly said he would pursue after retiring from the United Nations.

In relation to working for the UNHCR the guest lecturer mentioned that as many others he also thought that working for the UN was all about meeting people like High Commissioner, Presidents, ministers, diplomats and the Crème de la societe, etc. However as he began working for the UNHCR, his initial knowledge of working for such an organization changed over the years. As an example, he stated that in his first day working in South Sudan, Africa, he lost two of his colleagues due to rising conflict tensions in the country.  In additions to this, he further mentioned how he and his colleagues have seen both the “chocolates and poison” of working in different missions across the world. 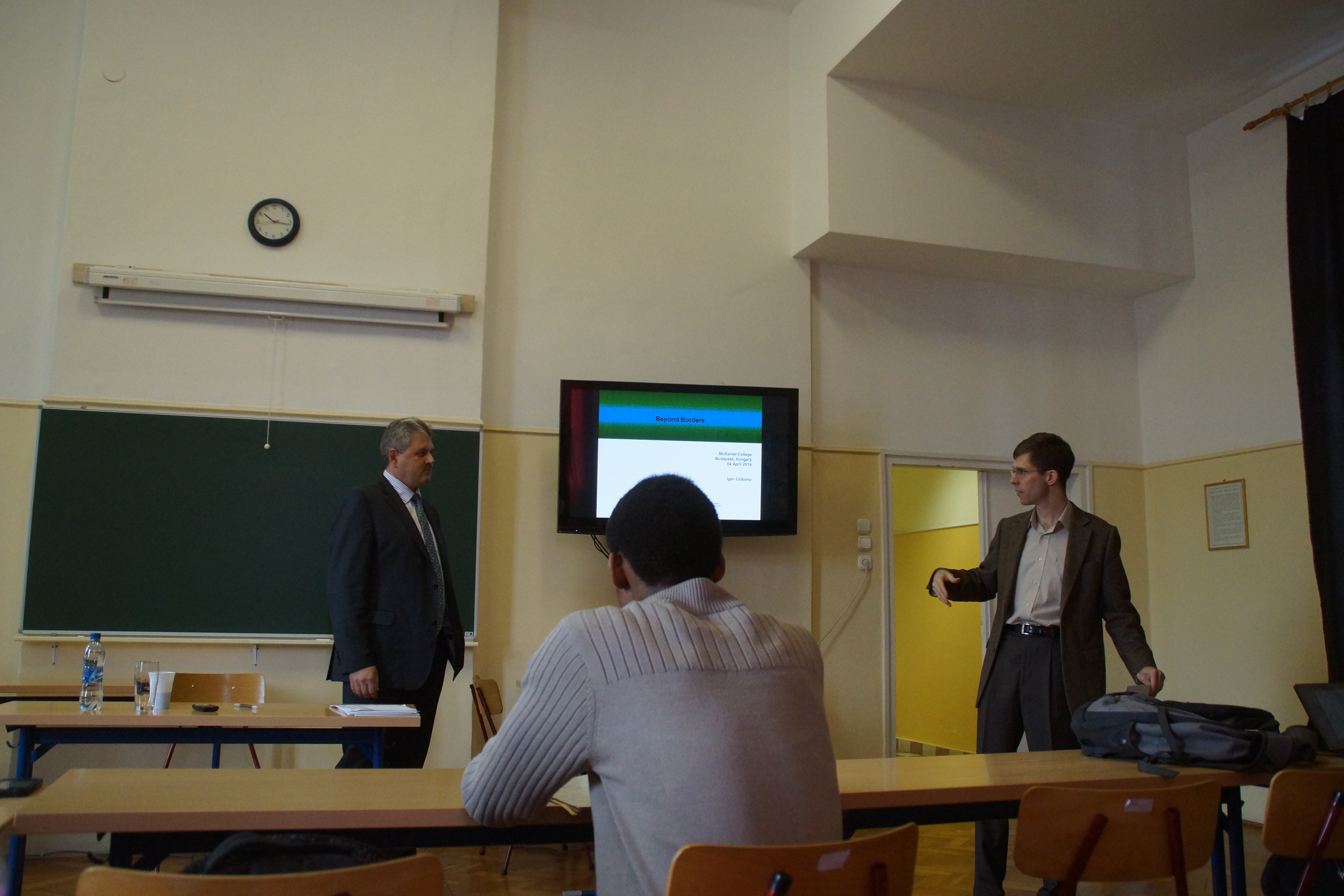 While working in Africa, Mr. Igor described Uganda as one of the best African countries that have a good plan for local integration of refugees. Also during the lecture, the guest lecturer mentioned how other organizations jointly cooperate in order to help refugees in need. UNHCR is funded almost entirely by voluntary contributions, with 86 per cent coming from governments and the European Union. Six per cent comes from other inter-governmental organizations and pooled funding mechanisms, while a further six per cent is from the private sector, including foundations, corporations and the general public. Other areas that were touched during the lecture included the Mandate of UNHCR and the differences between UNHCR persons of concern like Refugees, Asylum seekers, the Internally Displaced Persons (IDPs), , Returnees, and  Stateless Persons.

Finally, the lecture came to close with a question and answer section. However working for a humanitarian organization has its ups and downs but according to Mr. Igor, “when working with a humanitarian organizations like the UNHCR and others, you can die having the satisfaction in your heart that you helped people who needed assistance desperately”