Made and funded independently by Hoorakhsh Studios, the story is based on the story of Zahhak, a ruthless foreign ruler who has taken over the throne from Jamshid, who has been missing along with his army on a mission outside Iran’s borders. a page from one of the central tales of the ‘Book of Kings/Shahnameh’ written by acclaimed Persian poet Ferdowsi between 977 and 1010. Zahhak is a terrifying character since he has two snakes on his shoulders which he has to feed them human heads every night.

The city Jamkard overwhelmed with darkness, miser and oppression sees a national uprising lead by Kaveh the Blacksmith. Kaveh was enraged when he witnessed the cruel murder of the parents of an infant because of their objection to the tyrant. The infant which is called Afereydoun is saved by Kaveh and the latter is raised and trained by him to become the saviour of the country.

Kāveh is a significant Persian mythological character as a symbol of resistance and unity against despotic rule in Iran. Which for obvious reasons can be very inspiring for Iran’s current society. 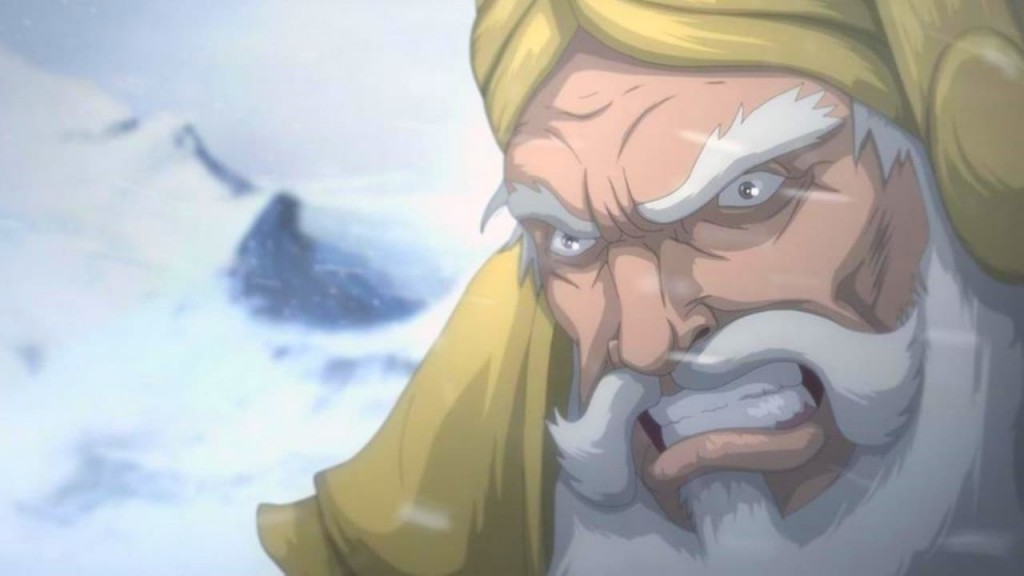 It took the Hoorakhsh Studio 8 years and 100 animators to finish this animated film. They hired a stellar cast as Voice Actors. Acclaimed actresses and actors such as Leyla Hatami as princess Shahrzad (Jamshid’s daughter), Hamed Behdad as Zahhak and etc. Despite all the restrictions from the islamic goverment internally and lack of the best technonology due the sanctions, they have done a spectacular job. 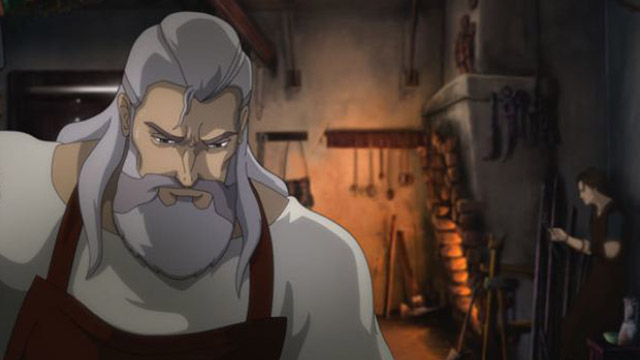 The soundtrack is the best part of this production in my opinion. The soundtrack of The Last Fiction presents the pure musical culture of Iranian music, we spent five years on researching Iranian folk music all around the country, even the smallest of villages. We decided to do this because the film is about Shahnameh, so we felt that the country’s entire musical culture should be represented with one of the greatest Iranian books ever written” Says Ashkan Rahgozar, the Writer-Director of the film. 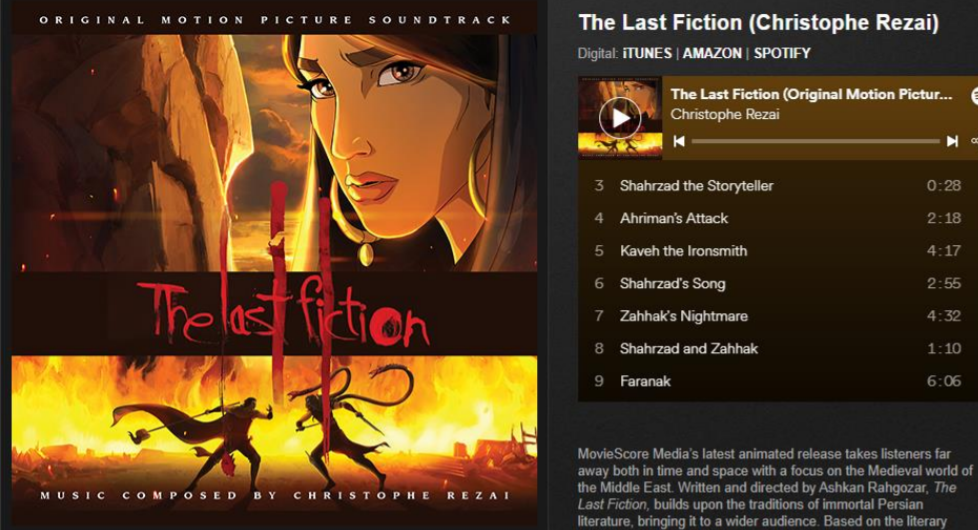 Under the supervision of Christopher Rezaei, the French-Iranian composer, The Last Fiction combines different regional music of Iran (Iranian folk music) and modifies it to be able to perform in Orchestra. From West of Iran (Kurdish/Uramani /Lori) to the east (Khorasani /Dutar); from North (Mazandaran) to South (Qeshm). Some of the performers played their regional instruments in Dohol Studio in Iran and the Orchestra was performed in F.A.M.E’s project in Macedonia under supervision of Mr. Rezai.

The main instrument of these soundtracks is Dutar, one of the historical instruments of Iran, and it was, originally, played by Bakshy-tribe who’ve been traveling, singing and telling stories while playing Dutar throughout Iran, for many centuries. As a music enthusiast myself I highly recommend listening to this soundtrack even if you haven’t watched the film. Specially my two favorite tracks, Shahrzad’s song which features angelic women vocals and Dutar. and Tahmure’s Death performed by the
legend Shahram Nazeri and includes classic Iranian instruments such as Daf and Tar.

The Hoorakhsh Studio has submitted the animated film for the 2020 Oscars consideration and also made a free videogame which includes ten characters from the Shahnameh with their own superpowers. They also published a series of comic books which soon will also be translated and published in English. The studio’s attempt might not be free of mistakes and shortcomings but it’s a start of something bigger. A cinematic world free of Islamic government restrictions, ideology and filled with pure Iranian folkore and culture. Their own Kaviani tale of resistance against despotism.

You can stream the movie online for free on https://www.imvbox.com/ or buy a 12hour
online screening on Upera TV. You can also track the latest releases (comics, new
animations, etc) on the studio’s official website, https://hoorakhshstudios.com/.