Keep your expectations low and you will not be disappointed

A feuilleton on contemporary ballet productions

I remember the last time I went to a ballet – it was the final weekend before Budapest went into full lockdown. Therefore, I was very much thrilled to dress up and go to the National Dance Theatre recently to see a modern rendition of Tchaikovsky’s Swan Lake, performed by the Székesfehérvár Ballet Theater (Székesfehérvári Balett Színház. Sitting in the uncomfortable creaky seat in pitch darkness, I felt the intoxicating tension waiting for the curtains to open. The usual deep sound of a bell ring was substituted with a prerecorded melody. Not that exhilarating yet it was sufficient. Sitting there filled with excitement, I had no idea that in the next 20 minutes I would have to pinch myself multiple times to make sure that I was not experiencing a fever dream.
We have all experienced some level of disappointment within our lives. One kind of disappointment can be what I like to call the ‘cupcake disappointment’. At this level one is satisfied aesthetically, however, after biting into the beautifully decorated fairy cake with enough pearls to buy Daisy Buchanan’s love and realizing that the cupcake is stale as an old mattress. Well, the first act of the Székesfehérvár Ballet Theater’s Swan Lake was like a cupcake frosted with ketchup and mustard, then decorated with silly string – neither aesthetically pleasing nor edible. Just as mustard doesn’t go well with cupcakes, neither does a kitschy golden ball gown cut it as a costume for contemporary dance. There were too many things clashing. The dancers dressed in long ball gowns with stiff skirts were running chaotically around with no sense of direction or purpose. Mind you the music has been unchanged – therefore, all of this is happening to one of the most well-known works of Tchaikovsky. 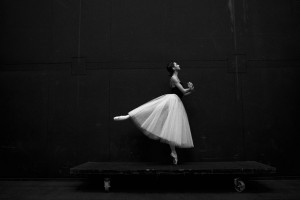 “Some people might say that art is whatever brings emotion out of the observer – whatever makes you feel. ” – Maria Fiala

The choreographer of this piece obviously had some original idea that he found worthy to produce rather than keep the original version we all know and love alone. In his eyes, Siegfried is (rather than a prince in love) “a young man with a split mind who is being held captive by the traumas of his childhood as a result of his relationship with his mother.” – an exceptional idea but an unfortunate execution. Sadly, Siegfried was perceived as an incapable man still latched onto his mother’s tit. If it were not for the final scene where he finally loses his mind, it would not have ever crossed my mind that he has any psychopathology other than chronic indolence.
I must say, however, that ignoring the clashing of way too many ideas and interpretations (not to mention the horrid ball scene costumes), the pas de deux between Siegfried and the white swan was effortlessly delightful. During those parts, the talent of the whole team was indisputable. Unfortunately, with contemporary ballet, the need to reinvent old classics is ever so present. Those are called classics for a reason and any type of alteration may result in a forgetful parody. Being innovative is appreciated by the audience, however, it is innovation within reason one seeks. That is why new productions make it further than the recycled ones. The same way as one would rather choose the classic cupcake or a new type of dessert than a strange concoction of condiment cupcake.

“What makes a good ballet, then,” you may ask. I, myself, pondered upon this question, however, I was soon able to find an answer after going to a production by the Győr Ballet Company (Győri Balett) – Chaos/The Waves, which is two performances merged into one breathtaking cultural experience that managed to restore my hope in contemporary ballet shows. Some people might say that art is whatever brings emotion out of the observer – whatever makes you feel. Watching the production of Chaos/The Waves I did indeed. By the end of each performance, I was choking up trying to hold back my tears – a task I failed magnificently as by the end of the evening I was sitting in my own little puddle of tears. 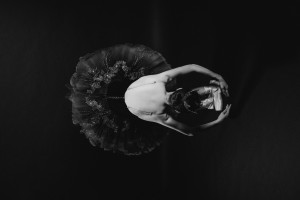 However, crying is not the right measurement of a good performance as I was also almost crying after the Swan Lake, but for very much different reasons. A good performance takes your breath away and makes you think. The stage should be simple, and the dance should speak for itself. No props or over the top costumes to explain to the audience what they are watching. In Chaos, the dancers were in jeans and shirts. It was the music and the astonishing choreography that captivated everyone’s eyes. There was also no need to explain in the program what each performance was about. The name spoke for itself, and it gave the observer space for individual interpretation. Chaos: the unbearable rush of this world and its sensitivity to anything not in order, The Waves: the story of Virginia Woolf fighting depression. No need for confusing overinterpretations – we came to appreciate the art of dance. Unfortunately, it is not unusual for choreographers trying to prove their intellect through their productions. Therefore, one must be careful with choosing to which show to buy tickets to. However, so far all of Győri Balett’s performances that I have seen were impeccable. Therefore, if you have a chance to go to one of their performances, I encourage you to do so. You will not be disappointed.